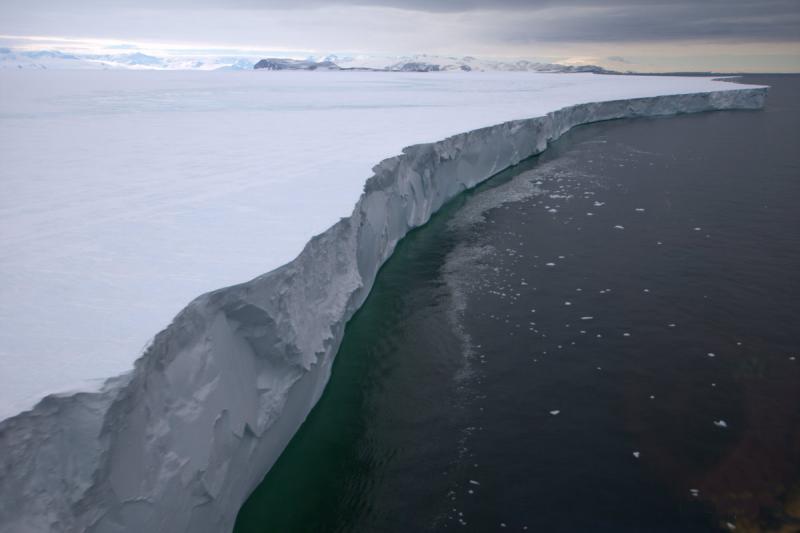 For several years, scientists have been worried about the retreat and eventual collapse of Thwaites Glacier, a Florida-sized plug that holds back the West Antarctic ice sheet from the Southern Ocean. If Thwaites goes kaput, the resulting catastrophe could raise global sea levels by more than two feet on its own, or by eight feet in combination with melting from nearby glaciers, according to NASA estimates.That fear has driven a big push by international teams of researchers to understand what’s going on at Thwaites and nearby Pine Island Glacier. A group of researchers from the United States and the United Kingdom took advantage of an unusually calm period in Antarctica in January 2019 to explore the two glaciers and the ocean nearby with ships, unmanned submarines, and aircraft to find out what’s happening to the ice and how fast. The initial scientific fruits of this expedition, part of a five-year $50 million effort called the International Thwaites Glacier Collaboration, are now being published, and the results are worrying. Researchers operating special ship-mounted sonar gear found a series of 25-mile-wide channels in the seafloor that bring warm water to the base of the Thwaites and Pine Island Glaciers. When this warm flow meets the place where the glaciers rest on top of the edge of the Antarctic continent—known as the grounding line—the ice underneath the glacier melts and the whole glacier becomes more slippery. Think of an ice cube sliding across the counter on its own meltwater.

The fiery orange submarine, which she named Ran after the Norse goddess of the sea, hadn’t yet resurfaced from its first mission in the watery depths around the face of West Antarctica’s Thwaites Glacier.“She’s a very temperamental lady,” Wåhlin said of the $3.6 million, unmanned submarine, while peering through her binoculars on an overcast March day.

Marine geophysicist Kelly Hogan of the British Antarctic Survey mapped the seafloor in front of the glaciers. For two months in the winter of 2019, Hogan was part of a joint US-UK expedition to the region, a trip that began at Punta Arenas, Chile. After a five-day crossing to Antarctica on the US research vessel Nathaniel B. Palmer, Hogan arrived at the Thwaites study site and found herself staring at a massive wall of ice. “We approached Thwaites at night,” Hogan recalls. “It was dark and foggy. I went to the bridge to talk to the captain, and as we were talking this 25-meter cliff emerged out of the gloom.”

Over the next two months, the scientists traversed the 80-mile wide embayment in front of the glacier in a back-and-forth pattern known as “mowing the lawn.” The researchers used a multibeam echosounder mounted under the ship to collect sonar images of the seafloor that were assembled into a 3D map. Together, they revealed massive seafloor channels moving warm water to the base of the glacier.

“They are important because Thwaites is vulnerable to changing quickly under climate change,” Hogan says. “One of the drivers is warm water getting underneath the floating parts and increasing the melting. The fact we have these big underwater channels going all the way up to the base of the glacier—because they are deeper and larger, you get more of that warm water and would increase the ability to melt.”