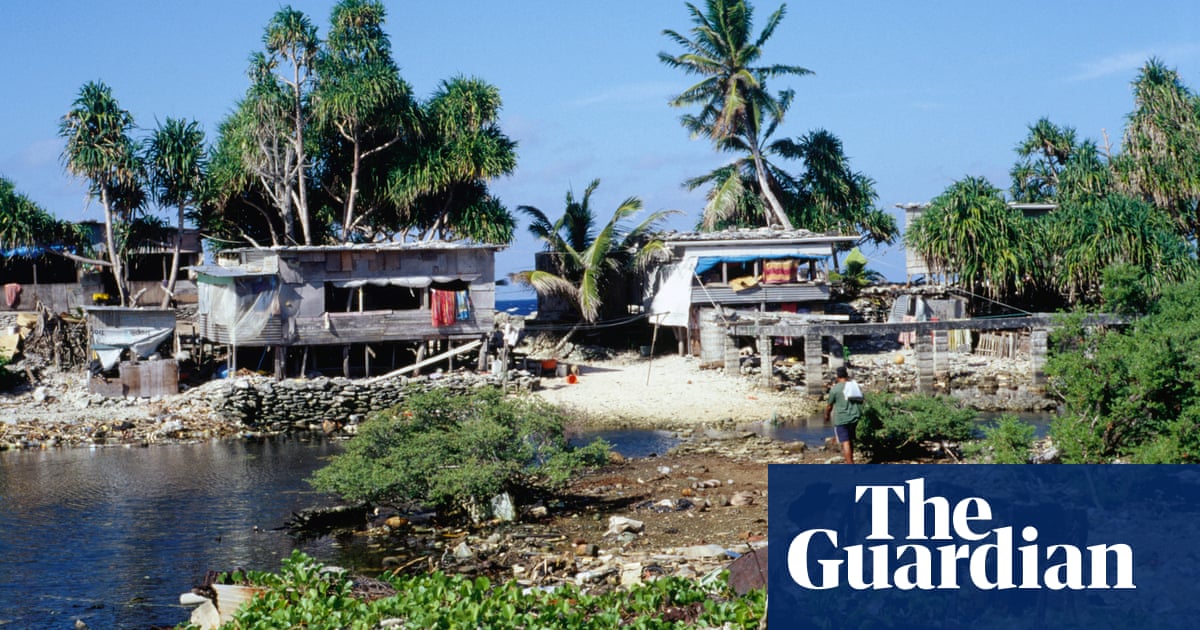 Australia attempted to water down a resolution on climate change agreed by country representatives at the Pacific Islands Forum, a leader attending the event has claimed.

Pacific leaders issued the Boe declaration on Wednesday night, calling climate change “the single greatest threat to the livelihoods, security and wellbeing of the peoples of the Pacific” at the conclusion of the Pacific Islands Forum, which has been held in Nauru this week.

However the forum communique – which focused heavily on climate change and the need for emissions reductions – was endorsed by leaders “with qualification”.

When asked at a press conference if those qualifications came from a country “beginning with A”, Enele Sopoaga, the prime minister of Tuvalu, confirmed that “the name of the qualifier, seeking qualifications [started] with capital A”.

Australia is the only nation in the Pacific to fit this description.

It appears Australia also did not support a section of agreement calling on the United States to return to the Paris agreement on climate change.

The communique made it clear that it was only “leaders of forum island countries” – a term that a forum spokesperson confirmed denoted all forum member countries other than Australia and New Zealand – who called on the US to return to the Paris agreement on climate change.

A spokesperson from the New Zealand Ministry of Foreign Affairs and Trade said: “I can confirm that NZ absolutely supports the reference in the communique calling for the US to return to the Paris agreement.”

Guardian Australia has sought comment from the Australian Department of Foreign Affairs and Trade.

Sopoaga said it was essential the US return to the agreement and commit to reducing emissions.

“We cannot have comprehensive robust emissions reductions unless the biggest emitter is there in the process, we cannot leave the US out, they are responsible for 25% of global emissions,” he said.

The Boe declaration committed all forum countries to meeting their Paris agreement targets – a question of fierce domestic political debate in Australia.

The president of host nation Nauru, Baron Waqa, said despite the fact the declaration included a qualification from Australia “that doesn’t make it any weaker”.

But the Australian government’s apparent ambivalence towards a low-emissions climate policy has disquieted its Pacific neighbours.

Low-lying island Pacific countries including Kiribati are forecast to be among the first on the planet to disappear underwater if rising sea levels are not arrested.

Australia’s attempts to resist the strong language in the Boe declaration fits with its past behaviour at international meetings, according to a Pacific climate change representative who has represented his nation at COP summits for the last five years.

Speaking to Guardian Australia ahead of the Pacific Islands Forum, Xavier Matsutaro, the national climate change coordinator for Palau, in the north-west Pacific, said Australia was “responsible for making our declarations weaker sometimes in the region”.

“So there’s been forums that were formulated so [Australia] won’t be involved in it, they’re not members, so that whatever language that really reflects our views and our circumstances is actually reflected in the declaration,” he said.

He also likened Australia to an "abusive spouse", saying Australia provided aid to the region to deal with the effects of global warming but undermining attempts to halt its progress.