In honor of its 100th anniversary, the maker of the official car of Queen Elizabeth II unveiled the EXP 100 GT concept, sketching a vision that fuses self-driving technology with interior comforts featuring special scents, wood from naturally fallen trees and seats made from wine-making leftovers.

The car skips past the looming Brexit struggles for the British brandーa unit of Germany’s Volkswagen AGーto offer a glimpse of luxury driving sometime around 2035. Featuring an electric drivetrain that can go as far as 700 kilometers (435 miles) on a single charge, the fully-autonomous car can switch into driving mode on-demand.

At the EXP 100 GT debut event, held Wednesday at Bentley’s headquarters in Crewe, England, Chief Executive Officer Adrian Hallmark called the concept an embodiment of the brand’s promise to deliver “extraordinary journeys“ to customers for 100 years to come.

“It is a grand tourer designed to enrich and enhance the journey for the lucky people who have one,” he said.

The car incorporates now-emerging technologies such as hand-gesture controls and seats that sense the “biometric mood“ of the driver, automatically adjusting everything from drive style to interior lighting, sound levels and fragrance. 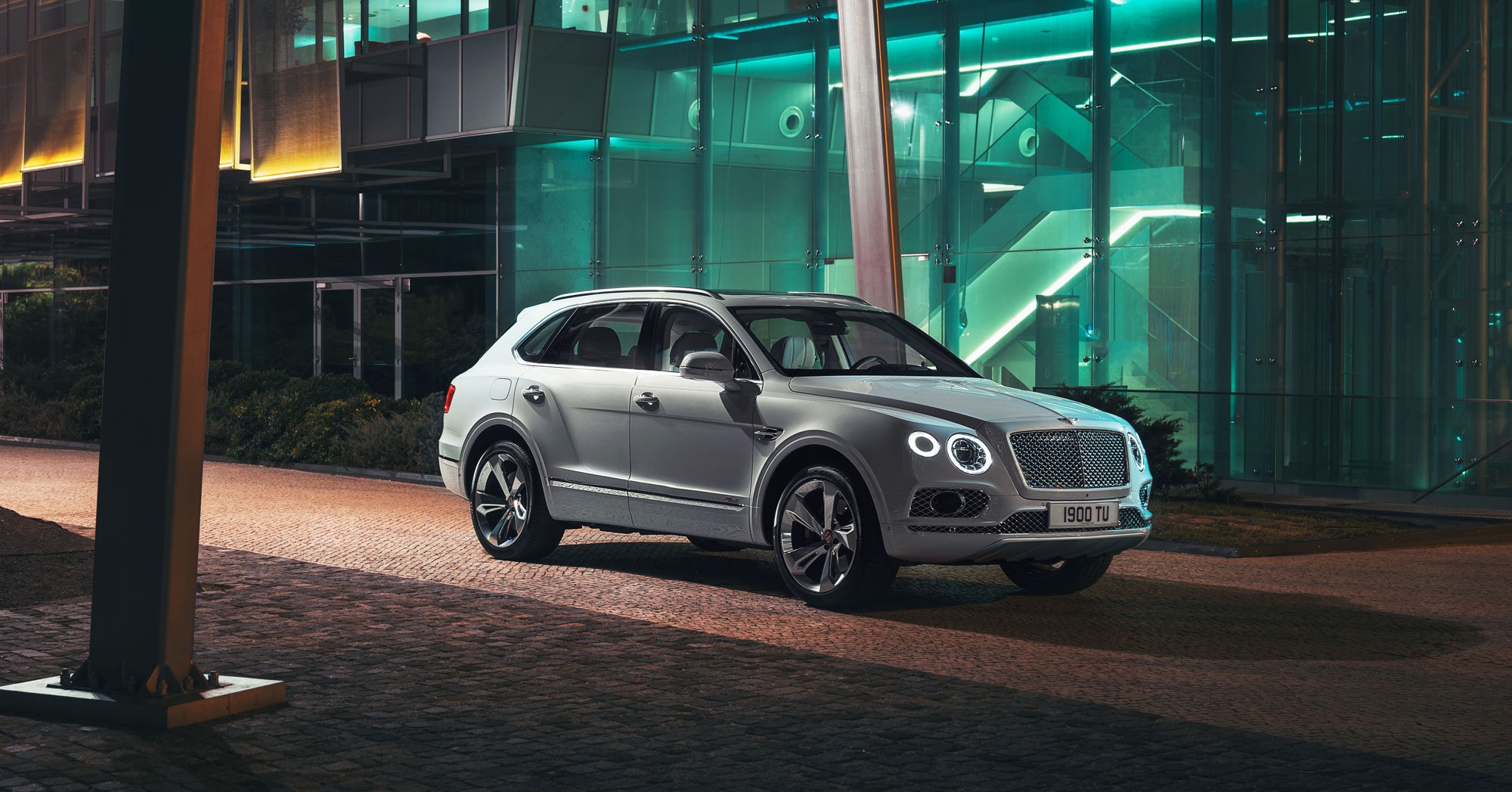 Bentley's New Hybrid Hides Its Luxury From the Masses

The zero-emissions grand touring coupe has an even-more-massive-than-before silver matrix grille and Bentley’s signature round diamond-cut headlights. A three-dimensional horseshoe-shaped OLED tail light configuration blends with the precise lines of its angular sides and trunk. Fiber optics are woven into sustainable fabrics inside the interior, allowing for mood lighting throughout. The roof is a full glass canopy.

“We are using light as a precious material,“ said Stefan Sielaff, the lead designer.

Bentley hasn’t committed to producing the car for sale. If it did, it would be the fastest Bentley ever made, traveling 0 to 60 mph in less than 2.5 seconds, with a top speed of 186 mph. A charge to 80% of total battery power would take 15 minutes.

Making the journey into the new automotive era poses a challenge for Bentley. The brand, which plans to offer more hybrid variants within four years, built its reputation on catering to well-heeled customers with sporty sedans and coupes powered by combustion engines, traditionally with 12 cylinders.

Mercedes’ EQC SUV Makes Everyday Electric Elite “We wanted to create an everyday car, with a nice dynamic, comfortable driving, a fun car with torque and power, and to have a very safe car,” says engineer Bastian Schult.

The strain to lower emissions and the uncertainty of Brexit are adding to pressures to turn around Bentley. The unit suffered technical problems that hit the changeover of its popular $220,000 Continental GT model, triggering a loss last year. The brand swung back to a profit in the first quarter.

To minimize the disruption of a no-deal Brexit, the company boosted stock of vital components to as many as 10 days from two days as a precautionary measure, Hallmark told Bloomberg TV in April.

By Christoph Rauwald and Hannah Elliott