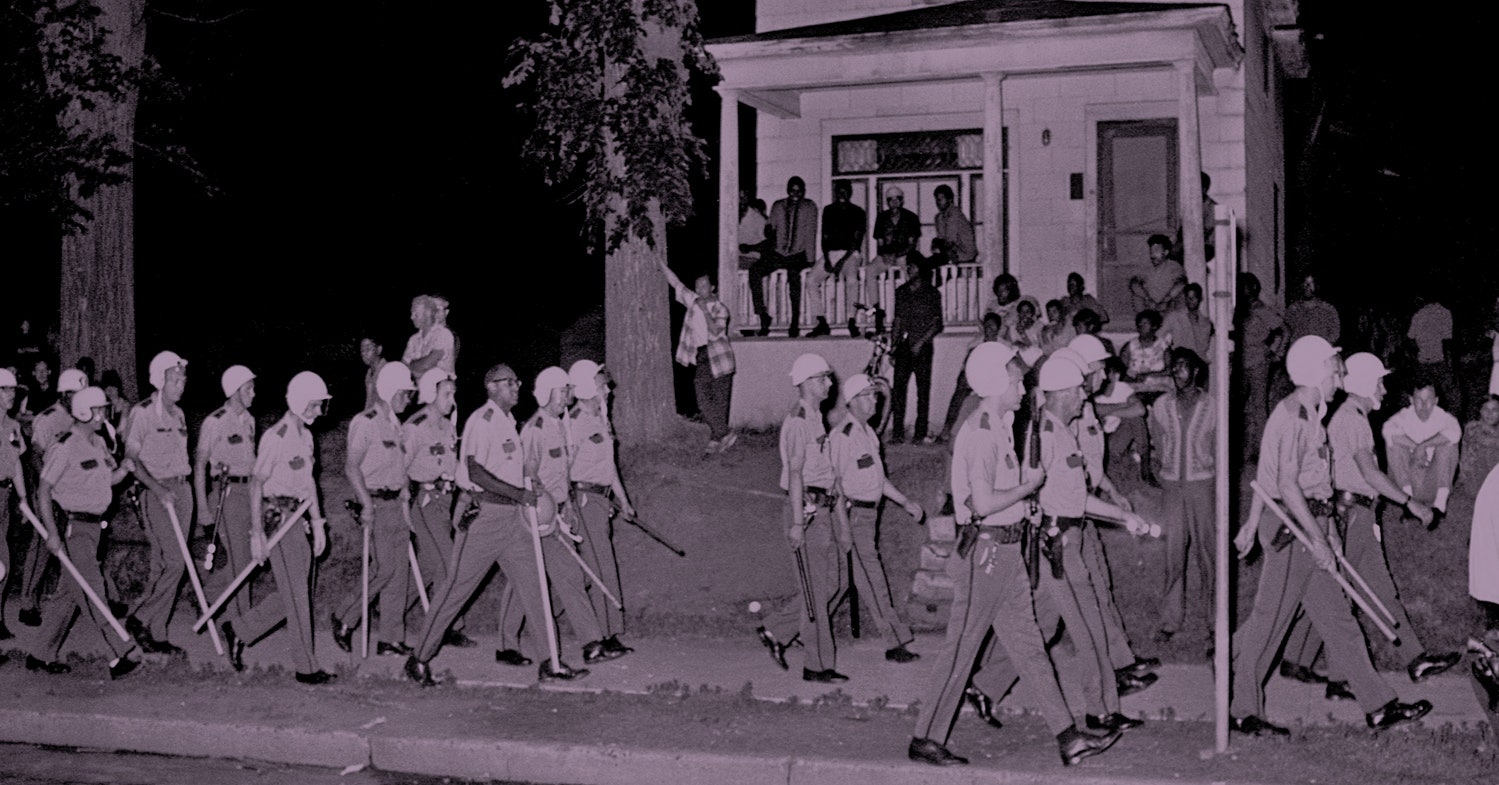 Operationalizing the Action Plan on Climate Change Adaptation and Resilience

Five years since its launch, the key messages of the World Development Report on Risk and Opportunity (WDR 2014) remain as pertinent as they were back then . WDR 2014 argued that risk management can be a powerful instrument for development, as mismanaged risks can destroy lives, assets, and economic and social stability, with the poor often hit the hardest. Managing risk plays an important role in increasing resilience to adverse shocks. It needs to combine the capacity to prepare for risk with the ability to cope afterward, considering how upfront costs of preparation compare with its potential benefits.

However, a number of obstacles, including resource and information constraints, cognitive or behavioral factors, lack of markets and tools to mitigate risk, missing public goods such as infrastructure, and social or economic externalities, can undermine the ability to manage risk effectively. Addressing these challenges requires collective action at different levels of society, from individuals to the international community , in particular when risks have consequences across geographical borders or even generations, such as climate-related risks.

These messages resonate well with many countries and regions, but are particularly relevant for the Caribbean, a region highly vulnerable to climate-related disaster risks. As discussed in a recent article and an IMF blog , many Caribbean islands are among the 25 most-vulnerable nations in terms of disasters per-capita or land area, with their frequency and damages exceeding those for other small and larger states (Figure 1). For some disasters, damages well exceed the size of the economy—more than 200 percent of GDP, for example, for Dominica after category 5 Hurricane Maria hit the region in September 2017. Maria was only one of the over-300 natural disasters that has hit the region since 1950, killed some 250,000 people and affected more than 24 million through injury, death, or loss of homes and livelihoods. A recent IMF study found seven Caribbean islands at extreme or high risk of natural disasters, with vulnerability gauged by disaster frequency and impact.

Climate change is expected to intensify these vulnerabilities. The warming global climate is expected to increase sea-water temperatures, potentially fueling more storms. With large shares of the Caribbean population living in high-risk areas exposed to sea-level rise and weak infrastructure, and heavy reliance on weather-sensitive sectors such as tourism or agriculture, the risks are expected to worsen through damage to biodiversity, coastal erosion, risk to food and water security, and increased health risks. Moreover, climate-related disasters encourage migration , which could be a growing policy concern for the Caribbean, where brain-drain is a serious impediment to growth .

Disasters undermine the ability to attain macroeconomic and development goals and to break-free from the vicious cycle of high debt and low growth prevalent in the Caribbean region . In addition to human life, disasters take a deep toll on growth, erode governments’ fiscal buffers, and worsen public-debt dynamics. Countries with large disaster damages tend to perform worse in terms of public-debt ratios (Figure 2). High exposure to climate risks magnifies the structural obstacles that constrain the region’s long-term economic prospects, such as limited fiscal space, brain drain, violent crime, financial sector weaknesses, and high cost of doing business. Massive reconstruction costs take away scarce resources from social spending, with each disaster taxing countries along the development path. Preliminary staff analysis shows, for instance, that Dominica may have lost more than a decade of development, as measured by real GDP per capita, following Hurricane Maria in 2017 (Figure 3). Failure to manage and build resilience to climate risk hence poses a serious threat to development.

Building resilience rests on three complementary building blocks of effective risk management . “Structural protection” that aims to reduce disaster risks makes up the first pillar, supported by investment in early warning systems and resilient infrastructure, with appropriate land-use and zoning rules and building codes, and adequate social-safety nets. The second key element is to build financial resilience, to mitigate economic cost of disasters, including through risk-transfer tools, such as insurance. Enabling quick recovery through emergency-response, rapid financing access, and contingency planning forms the last block, helping cope with post-disaster recovery and reconstruction. The pillars are complementary because building structural resilience takes time and risks cannot always be avoided or reduced, meaning that disaster-risk financing, ex-ante or ex-post, must accompany these efforts
.
Despite well-established evidence on its benefits (Figure 4) and a growing recognition of the need to shift focus toward risk reduction and preparation, countries invest little in building resilience ex-ante. The Caribbean region is a case in point. Ongoing IMF work suggests, for example, that public investment could raise potential output by 3–11 percent in the Eastern Caribbean Currency Union , with an annual contribution of 0.1–0.4 percent during the transition to a resilient state. But investment in resilient infrastructure falls short of the scale needed to build resilience. To be fair, upfront costs of resilient infrastructure are high (estimated to be around 25 percent higher than regular infrastructure), but they are expected to pay off, as resilient structures help limit damages and the need for ex-post assistance over time and countries gain from improved growth and fiscal positions. Limited national fiscal buffers and global funds for adaptation ( UNEP 2016 ) and capacity constraints to meet complex access requirements for climate funds present challenges to resilience investment. Weak incentives also get in the way, with countries finding it difficult to pre-commit to a resilience strategy that brings visible benefits only in the long-term.

Financial resilience to mitigate disaster costs also implies upfront costs. Resilient structures mitigate destruction and losses from natural disasters, but do not eliminate them. To ensure liquidity for relief and reconstruction while protecting public finances, acquiring self- or market insurance is essential. But weak fiscal positions of most Caribbean states and competing demands on public resources limit governments’ ability and willingness to set aside rainy-day funds. Insurance coverage is also low for both public and private sectors, with average insurance gap at 66 percent. Innovative risk-sharing tools such as catastrophe bonds have not been issued by Caribbean sovereigns, reflecting their complexity, high setup costs, and capacity/regulatory constraints. Governments rely mainly on the regional insurance pool, the Caribbean Catastrophe Risk Insurance Facility , which provides quick payouts to meet immediate cash-flow needs. But payouts have been limited compared to actual damages. Lower insurance premia and carefully-designed mandatory insurance for the private sector with targeted subsidies can help raise insurance penetration.

Building a climate-resilient Caribbean is a shared goal and calls for a collaborative approach among stakeholders. Countries would be at the center of such an effort. They could design disaster-resilience strategies with support from international financial institutions (IFIs), multilateral development banks, donors, and climate funds, increase efforts to restore fiscal sustainability to create room for resilience-building, while incorporating upfront costs and long-term benefits of resilience investments in macro-fiscal frameworks. Countries could also identify financing needs to be supported by the international community beyond the needed fiscal adjustment.

At a recent high-level conference organized by the IMF, the World Bank, and the Inter-American Development Bank in November 2018, participants called for greater emphasis on investing in ex-ante resilience to natural disasters, supported by the international community . They expressed strong support towards “building alliances” among key stakeholders, with greater collaboration across Caribbean states and the international community. There was also a strong call to revise the OECD classification criteria for small states highly vulnerable to natural disasters to allow access to low-cost financing for resilience building. Such collaboration should generate synergies and expand the resource and knowledge pool to address the key obstacles that undermine risk management and resilience-building.

This is the sixth in a series of blogs commemorating the fifth anniversary of the 2014 WDR on Risk and Opportunity. Read all the blogs here.