Building better before the next disaster: How retrofitting homes can save lives and strengthen economies

Many cities around the world face a lack of affordable housing in and around expensive central business districts. Employers want cheaper labourers, who need more affordable housing in accordance with their lower salaries, to live nearby. So developers are invited to build on flood plains, without consequences. And often there is no public involvement in the decision.

Flood plains are easy to build on because they are flat and, in cities, they tend to be close to amenities. Yet all parties involved in housing know that cities are facing more rainfall and flooding due to climate change. Cities are now starting to prepare for catastrophic floods. and research has estimated flooding losses in the United States to be increasing dramatically.

Irresponsible and autocratic choices made by elites, at Waterfront Toronto for example, leave unsuspecting, lower-paid professionals in dangerous circumstances with rising insurance costs and potentially bad investments. That’s because, in the future, flood insurance may become prohibitively expensive or insurers may decide not to cover such high-risk properties, making them difficult to sell.

Difficult housing choices are reflective of a broader loss of worker power and associated income inequality. Research shows that densely populated areas are more vulnerable to disasters — the same disaster affects more people in dense environments. And where there is income inequality, there are more victims of natural catastrophes.

Cities dominated by appointed, un-elected officials, such as the board members of Waterfront Toronto, are helping to generate this inequality. 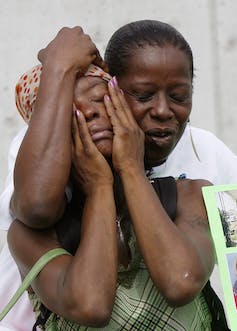 In the U.K., where there’s an ongoing housing crisis, government has approved building on flood plains as long as the new homeowners are made aware of the risks in advance. At least the British are having an honest conversation about it. In Toronto, we are not.

New Orleans has long relegated its poorer populations to lower elevations by the Mississippi River, where floods and subsequent disease have devastated the city. The terrible treatment of Hurricane Katrina’s victims in New Orleans is a continuation of an enduring history of racism.

Research also describes how in the flood plains of Bangladesh, income inequality is related to a higher risk of flooding and lower preparedness to deal with floods.

In South China, increasing rainfall has left millions of the poor living in such dangerous low-lying areas that China’s president has called in the army.

Public space can be climate-adaptive

Today, most North American coastal cities are in danger of climate-related sea level elevations and storm surges. Hurricane Sandy caught New York’s elite off guard because they became victims too. It didn’t matter whether you were in the Upper East Side or in Harlem.

In wealthy south Florida, saltwater rises not only directly from the sea, but also up through porous limestone, so Miami cannot use the same climate adaptation approaches as in some other cities, like adding green space. Miami is working to add pumps and other infrastructure instead.

Toronto could turn its remaining waterfront space into parkland, instead of housing developments, as a protective barrier.

New York City is going to build a wall around the lower part of Manhattan, and add a park. The Dutch are using public space to absorb floodwater. New Orleans is building parks to double as reservoirs for floodwaters, on the advice of the Dutch.

Toronto has had a few waterfront floods over the years, including this year and last, damaging the Toronto Islands in 2017. The city faced several storms in 2018 with violent winds and flooding downtown. Some wealthy Torontonians leave the city for private lakefront properties in cottage country, but others live within limited space affected by the aftermath of catastrophes. The Toronto Islands recovery, for example, is still ongoing and has not yet been fully paid for. 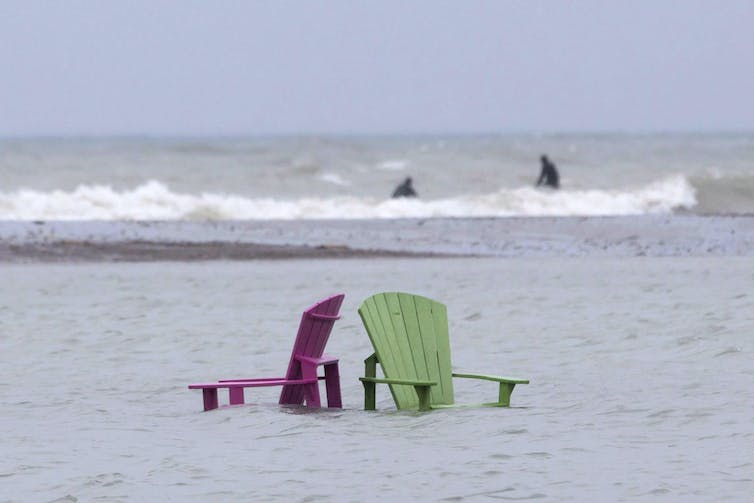 Meanwhile, new Toronto lakefront condominium developments are proceeding in the Quayside and Portlands neighbourhoods, near the Islands, on flood plains historically contaminated by heavy metals, oil and coal. “Workforce housing” is a required part of the plan.

Will Flessig, former Waterfront Toronto CEO, says that middle-income professionals are expected to settle in the waterfront condominiums so that they can be closer to where they work.

But no one in Toronto is talking about the flood plains, since elected officials apparently consider the issue resolved. Based on a plan developed in 2007, the federal and provincial governments are investing $1.185 billion to reconstruct the mouth of the Don River so that the water safely flows into Lake Ontario.

However, the waterfront area still remains a flood plain, and is still affected by storm surges associated with climate change. 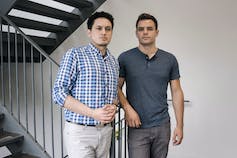 Building on flood plains has serious consequences, including future uninsurable buildings as insurance companies anticipate they won’t be able to afford the payouts. A single major flood causes a great deal of damage and requires insurance companies to pay all at once. With a higher frequency of catastrophic floods and the corresponding required payouts, the pool of insurance premiums collected to cover the losses dries up, and insurance companies face bankruptcy.

Before that happens and buildings are left derelict, people and property are endangered. We recently saw life-threatening flooding of buildings in Toronto, and there are limited rescue personnel to address all of the issues at the same time when mass floods happen.

Simultaneously, damage to personal property can be overwhelming — for example, to cars and contents within condominium lockers in underground parking garages. In Toronto, we have also seen streetcars submerged in water recently with people trapped inside. 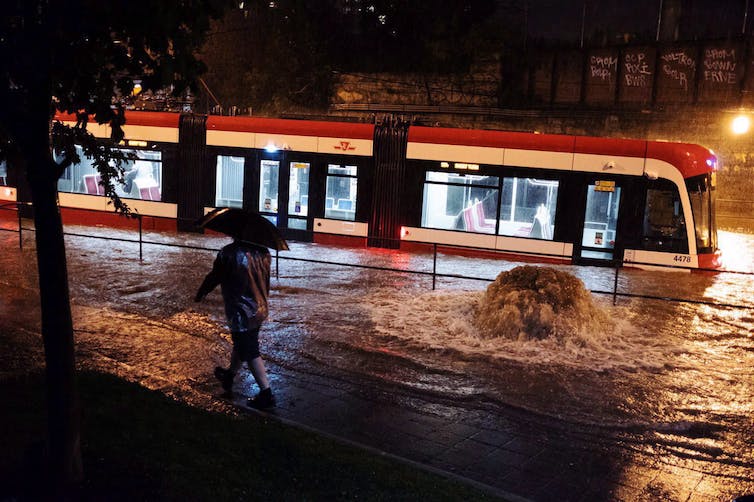 On a broader scale in the Great Lakes region, the ability to adapt to changing conditions is reduced. That’s because the ability of water officials to manage water levels is much more difficult when condominiums and other housing is built on flood plains.

For example, water flows are somewhat controlled in the Lake Ontario and St. Lawrence River watersheds through an international agreement called Plan 2014. If buildings are in the path of water flow, this complicates and limits the range of adjustment options.

We know now what we’re confronting. Let’s learn from past mistakes. In the best interests of homeowners, the public and climate adaptation, what’s left of Toronto’s waterfront should be public parks, not condominiums billed as “workforce housing.”