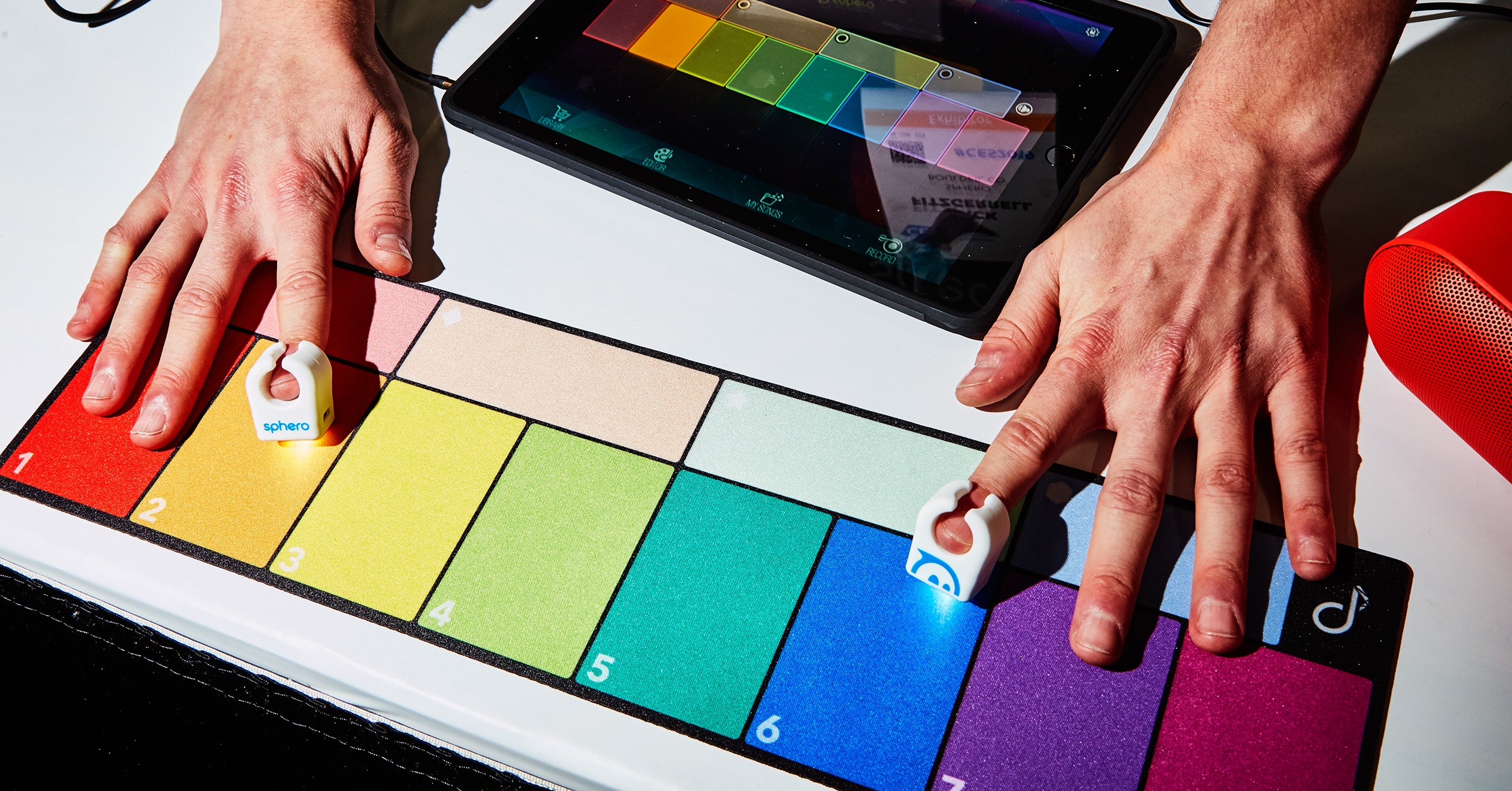 Welcome to day three of our CES 2019 liveblog. Wednesday is the mid-point of the big show. The expo halls have been open for a full day, and most attendees are heading back for seconds. We saw a great number of wacky gadgets yesterday and Monday—some of them innovative, some of them ridiculous. Expect more of the same today. Scroll down to see reports from Wednesday at CES in Las Vegas, Nevada, with the newest updates appearing at the top.

That's a wrap for Wednesday's liveblog. We'll be back with one more day of live coverage from the expo floor at CES on Thursday. Meantime, here's all the other news out of CES:

Boiling water for tea or coffee is a multi-minute task that many of us do several times a day, and Heatworks claims it has a solution. It’s showing off a prototype (currently nonworking) of the Duo, a battery-powered water carafe that instantly heats water as it pours through the spout. It uses the company’s "Ohmic Array" tech to heat water quickly, and without a traditional heating element. Heatworks claims it will take about 20-30 seconds to pour an 8-ounce glass of water, and you can set the temperature to whatever you want. The heating tech will bring it to within a degree of your desired temp. It doesn’t have a precise release date, but the company claims it will cost between $100-$150 when it comes out.—Jeffrey Van Camp

That's the Way it Benz

Are these people tired from CES or is this a part of the Matrix I wasn’t meant to see?—Jack Stewart

OK, so the Litter-Robot 3 is not a brand new product, but it was new to me this year at CES, and it sure is the cat’s meow. The $500 system supports any kitteh that weighs over five pounds, and it senses when your cat is inside doing its business. Then, after a preset number of minutes, it begins to rotate counter-clockwise, sifting clumps from clean litter, and sends the waste down a chute. Open the drawer below the “bonnet” top, as the company calls it, empty, and voila , your cat’s box will stay fresh on its own for more than a week. And of course, it works with an app, so you can poop-track when you’re traveling.

Another self-cleaning litter box, the LavvieBot, was shown off this week at CES as well. But that one hasn’t launched yet; the company plans to fund its development through an IndieGoGo campaign this year, which sounds kind of frisky—I mean, risky.—Lauren Goode

Has everyone read that story about the Garmin that tracked a woman runner as she fought off her assailant ? The new Garmin Vivoactive 3 Music Verizon LTE makes it easy for you to discreetly request for help whenever and wherever you are (the red rim around the button distinguishes it from the non-LTE ones). You don't have to type anything; just hold it down and it will collect your GPS location and send it to your emergency contact. If you're already engaged in a GPS-tracking activity and have an incident, it will also prompt you to alert your emergency contract.

Most Garmin wearables have a livetrack feature already. Garmin media relations Carly Hysell tells me that it was originally developed for marathon runners, to let their families know when they were nearing the finish line. Even if you're not anticipating a mid-run emergency, you can also stream music and text over LTE. Personally, I look forward to sending my husband some choice emojis when I'm out hiking while he's at work.—Adrienne So

WIRED’s style guide (ironically!) doesn’t honor the all-caps in company names, but I’m hoping to make an exception for JAXJOX, if only because it sounds like a shout. The company’s KettlebellConnect, new at the show, brings Peloton-like connectivity to the humble weights workout. The minimalist unit adjusts from 12 up to 42 pounds, while onboard sensors and an accelerometer track reps, rest time, and more. You can access over 40 workout videos to guide your kettlebelling, and an accompanying app keeps tabs on your progress. KettlebellConnect costs $350, which isn’t cheap, but not so bad when you remember that it’s also compete set of weights. Just watch your form, so you don’t have to tack on a chiropractor bill.—Brian Barrett

My colleague Jeffrey Van Camp has assured me that you don't need to spend more than $50 on a pair of headphones to get exponentially better sound. But the JLab Air True Wireless Elite is the first time I've believed him. I had the chance to try the $50 wirefree buds, which came out last September and sound amazing with JLab's signature bass-heavy EQ. They sound amazing, fit securely in my hard-to-fit ears, and come with an integrated cable in the case (I can't believe no one has thought of this before). I also got to preview two models that are coming out later this spring, both a premium and a sport wirefree version. But since they wouldn't let me take pictures of them right now, here's JLab CEO Win wearing a shirt with his face on it.—Adrienne So

Some people come to CES for the big TV sets and the breakthrough gadgets. I’m here for the virtual reality hockey practice. Sense Arena, based out of the Czech Republic, straps an HTC Vive Tracker onto a standard hockey stick, a Vive Pro headset onto a standard hockey player. You can see the virtual stick and puck and run through all the drills—slapshots, probably?—you need to excel on the ice, even if none is available. A typical Sense Arena installation takes up about 25 square feet, no Zamboni required.—Brian Barrett

Show On the Road

Every vehicle should say “welcome WIRED” and have a 40-inch retractable TV for the back seats. This is Intel’s vision for what future riders of autonomous vehicles can do to pass the time. They’ve teamed up with Warner Bros to show Batman , and also give welcomes, directions, and warnings like "route blocked" in Alfred’s voice so it doesn’t unnecessarily pull passengers out of the movie just to instruct the car.—Jack Stewart

From the dawn of robots popping up in science fiction, we’ve always imagined them helping us around the house, cooking, cleaning, carrying things—just being our helpful home sidekicks. Unfortunately, walking, moving around a house, recognizing objects, and performing tasks are some of the most difficult tasks possible. UBTech’s new Walker robot tries to fulfill that very old dream. The company demonstrated how its Walker bot can open a door, get a can of Coke from the fridge, hang up a dog leash, and dance (of course)—all thanks to dozens of sensors, multiple CPU cores, a lot of machine learning, two hours of battery life, and 36 points of movement. Right now, it’s demo is highly scripted, and the robot has a ways to go (it’s slow as molasses at walking and responding), but the seed is there. UBTech is determined to finish its first workable model in the next few years.—Jeffrey Van Camp

Do you know where your kids are? We're seeing a lot of GPS-enabled trackers sold specifically to keep tabs on your little ones. Elios's newest tracker is sewn inside a fuzzy plush emoji, so that you can discreetly attach it to your child's backpack or clothing. In addition to a panic button, a parent can also set a geofence around the child's school, or tell their child to send them an email when they've gotten to a friend's house after school. Do we not let kids play hooky anymore? Is even using the word "hooky" hopelessly dating me?—Adrienne So

Hey Google: Are you really truly working on Sonos now? CES this year has been the stage for a few announcements around Google Assistant, but the one we’re most excited about might just be the availability of the Assistant on newer Sonos speakers. The Sonos One and Sonos Beam have supported Amazon’s Alexa voice assistant for more than a year already. Now, through a software update, you’ll be able to ask the Google Assistant to play music through supported apps, control music volume, turn off the TV, and even launch and stream Netflix series.

One of the biggest differences between the Assistant experience on Sonos and the voice functions on other Google-powered speakers is that you can’t cast to Sonos. The feature also won’t be widely available for a while; right now it’s rolling out to a select group of early users. But Sonos has long promised that you would be able to have your pick of virtual assistants on its speakers, and we’re slowly but surely getting there.—Lauren Goode

Farmers have to make hundreds of daily decisions that could impact their crop. John Deere wants to take one away from them. This autonomous combine can be programmed using GPS to go follow a route through a field without the control of a farmer. According to a John Deere, it can stay on a preset path without wavering any more than 2.5 centimeters. Two cameras inside the combine also track the quality of the seeds and grain it’s gathering. This is the second year at CES for this particular tractor, and hopefully technology like this can help make farmers’ lives a little bit easier.—Meghann Farnsworth

We just posted today's photo gallery of all the coolest stuff we've seen so far at the show. Check it out here, with truly beautiful photography from Amy Lombard.

Oculus revealed its standalone Quest headset back in September, and I finally got the chance to strap it on and play it here at CES. For $400, this set can do almost everything a full-fledged Oculus Rift can do without relying a tether to a powerful PC. It comes with two gaming-ready motion controllers and has six-axis motion detection in the headset, so you can dip, duck, dive, and dodge your way through any game. Playing Superhot on it was especially fun. The game is basically a simulator from The Matrix where you dodge bullets and punches in slow motion. After a while, I forgot I was wearing a standalone headset at all. If VR is going to crack into the mainstream and really become a regular activity for most gamers, the Oculus Quest appears to be a great step in the right direction (so far). You’ll be able to buy it sometime this year.—Jeffrey Van Camp

Drug-free pain management products and methods are definitely a thing now. Devices like the NeuroMetrix Quell and the Oska Pulse use different types of electrical impulses to stimulate healing or trigger natural pain relief responses. The Oska Pulse (shown here; it's the black object in the middle) can reduce inflammation in a radius of up to 22 inches, which is pretty considerable. It's small enough to wear in a back pocket while walking around a show floor all day, just as one entirely hypothetical example.—Adrienne So