Not only are rising global temperatures contributing to the melting ice, but experts have now discovered that warmer water from hundreds of miles away has penetrated deep into the interior of the Arctic.

The team say the “archived” heat which is below the surface could melt the the region's entire sea-ice pack if it reaches the surface.

Study lead author Professor Mary-Louise Timmermans, of Yale University in the United States, said: "We document a striking ocean warming in one of the main basins of the interior Arctic Ocean, the Canadian Basin.”

Prof Timmermans adds that the Canadian Basin has seen double the amount of heat penetration in the last 30 years.

The team believe the warm water comes from hundreds of miles to the south.

Thanks to global warming, the warm water has been able to access the Arctic easier due to the melting of ice around it which once acted as a barrier.

Prof Timmermans added of the study which was published in the journal Science Advances: "This means the effects of sea-ice loss are not limited to the ice-free regions themselves, but also lead to increased heat accumulation in the interior of the Arctic Ocean that can have climate effects well beyond the summer season.

"Presently this heat is trapped below the surface layer. Should it be mixed up to the surface, there is enough heat to entirely melt the sea-ice pack that covers this region for most of the year." 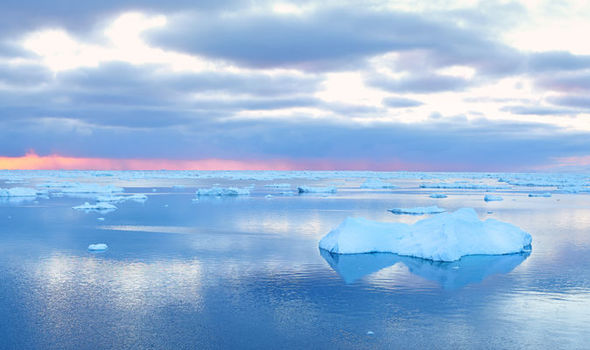 As it stands, sea levels are rising at about 8mm a year due to melting ice, and while that does not seem like much, the implications for future generations could be huge.

If it continues at the current rate, or gets faster, it could mean that coastal cities such as New York could be submerged by the end of the century.