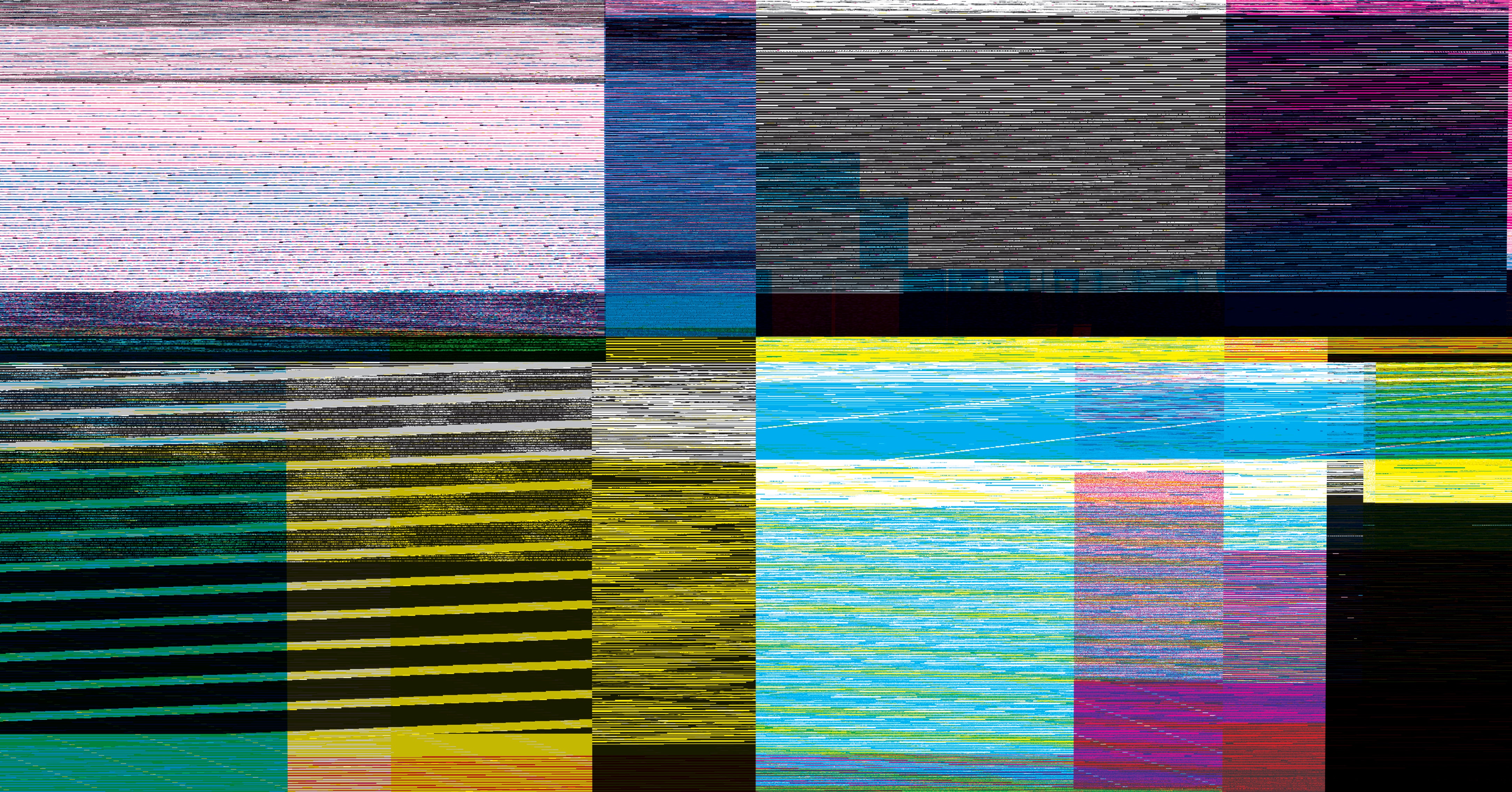 Renewable energy . Electric vehicles . Offshore carbon storage . These are just a few of the ways humans have been trying to counteract the planet-melting effects of pumping carbon into Earth’s atmosphere for the better part of a century. But according to the Intergovernmental Panel on Climate Change’s latest report , released Thursday, all those turbines and e-scooters and carbon taxes aren’t going to get the job done on their own. To have a shot at truly combating climate change , countries around the world are going to have to finally face the dirt-encrusted, fertilizer-soaked, methane-farting elephant in the room: agriculture .According to the IPCC, feeding the world’s population now uses (and abuses) nearly three-quarters of the world’s ice-free surface, all the while contributing 22 percent of global greenhouse gas emissions . To sum up the problem, there’s not enough land to produce enough calories for all those hungry human mouths, without sending Earth’s climate (and the enterprise of growing food itself) into a death spiral. Which is why this special report on land use urges policymakers to consider a variety of strategies for producing more food with less land and fewer emissions. Among them, shifting people to majority plant-based diets , reducing food waste , and planting crops that are genetically superior in the face of climate uncertainty .By 2050, eating less meat and throwing less food in landfills could keep several gigatons of CO2 out of the atmosphere and free up millions of square miles of land to return to carbon-sucking forests, according to the IPCC. But that’s not nearly as sexy, or as controversial, as Crispr-ing crops to thrive amid the coming onslaught of severe droughts, massive heatwaves, megafloods, and rising seas. And though far from a cure-all, the potential for gene editing to make every acre of land more productive even in the face of climate change has captured the imagination of plant scientists, the agtech industry, and governments alike. These days, they’re placing ever-bigger bets on Crispr’s ability to future-proof the world’s food supply from the threats of an increasingly unpredictable environment.“It’s hard to say for sure what we can achieve in the next few decades, but I think with Crispr we have a chance to catch up to climate change,” says Yiping Qi, a plant genome engineer at the University of Maryland whose lab has been developing Crispr tools for staple crops such as rice and wheat.

The WIRED Guide to Crispr

In the seven years since Crispr’s gene-editing potential was unleashed on the world, scientists like Qi have used it (or newer versions of it) to make jointless tomatoes , fungus-resistant bananas, and higher yield corn, soy, and wheat. People have been seeking to improve the genetics of their food crops for as long as they’ve been planting them. But before gene editors like Crispr became available, most breeders, scientists, and companies were limited to using a technique that randomly inserted DNA, a slow and tedious process that involved screening many plants until they found one where the new genetic code had landed in a good spot. Getting a new trait into a commercial crop took, on average, a decade. “With Crispr, we’re easily achieving similar outcomes for single traits within a year or two,” says Qi.

The trick is knowing which genes to target and which edits to make. But Crispr is already helping there too. Because it’s best at cutting DNA, Crispr allows plant geneticists to systematically knock out genes one by one and study what happens to the plant without them. It’s not genetic engineering so much as reverse-engineering the instruction manual to each plant’s genetic code.

That’s the big holdup right now on making some of these wish-list crops, such as plants that can grow in soils saturated by salty encroaching seawater , flower properly in the shorter days of northern latitudes, or produce higher yields with less water and fertilizer. Most crop plants have upwards of 30,000 genes, and dozens if not hundreds of varieties. Sorting through them to find a stretch of DNA that protects plants from intolerable heat stress, say, is still going to take time. Only once it’s found can you start thinking about using gene editing to recreate that sequence in your beloved coffee plants and Chardonnay grape vines. (Because yeah, the most delicious foods are going to be the first to go .)But one of the things that gives Qi hope is that before Crispr, such screening studies were only possible in a small number of model organisms—plants like rice and maize and an herbaceous mustard relative called Arabidopsis. But since Crispr can cut DNA equally well in any organism, scientists have started to explore the genomes of more exotic plants, including those that grow in extreme environments. Once they’ve identified genes for traits like growing in saltwater or enduring long droughts, they can try to evolve those same traits in food crops by creating hundreds of plants with random mutations to the gene of interest, and then growing them under the kinds of conditions they’re likely to encounter in a future climate-altered world. “Can we make plants evolve faster to these extreme environments? I think we can,” says Qi.

One reason you’d do that, instead of just cutting and pasting the gene from one plant to another, is to avoid red tape that could cost years and tens of millions of dollars. In the US, gene-edited crops aren’t regulated , so long as the genetic alteration could have theoretically been bred into the plant from a reproductively compatible relative.

The other reason is Crispr’s cut-and-paste function doesn’t really work yet in plants. Cutting, it’s got down. But inserting a new strand of DNA, not so much. That’s a project UC Davis plant biologist Pamela Ronald is working on with the Innovative Genomics Institute (which is headed by Crispr pioneer Jennifer Doudna). They’re honing this gene replacement technique first in rice. If they can get it to work, they could move DNA between rice varieties much faster. And in a race against climate meltdown, every second counts. No one knows this better than Ronald.In the 1990s, Ronald and her lab embarked on a project to sequence and understand a trait in an ancient variety of rice that can tolerate intense flooding, allowing the crop to survive even if submerged for weeks. Most varieties can only tolerate three days. And each year, flooding destroys 4 million tons of rice in India and Bangladesh—lost meals for 30 million people. Over the next decade, her collaborators used DNA-assisted breeding techniques to eventually produce local varieties of rice that could yield 60 percent more in times of extreme flooding. Today, Ronald says, more than six million farmers are growing the submergence-tolerant rice.“The basic biology is still unknown for a lot of these traits, like reducing methane emissions and drought tolerance,” says Ronald. “Figuring that out is a huge amount of work. So it’s hard to say where exactly the breakthrough is going to be. But what’s gotten people really excited about genome editing is that at least in the US it won’t be regulated, which will make it much easier to get out in the hands of farmers to see if it actually makes a difference.”In the US, six companies are currently developing Crispr-modified crops. But it’s not clear how many of them will actually help feed the world more sustainably. Corteva, DowDuPont’s agtech arm, will likely bring the first Crispr crop to market in the US—an even waxier waxy corn, which gets processed into food thickeners and adhesives. To see where Crispr might transform the food supply to one that can survive the ravages of climate change, you have to go to China.According to a recent report in Science, China has been ramping up its Crispr crop work, with more than 20 labs dedicated to developing plants to feed the country’s swelling population. In 2013, the most recent year for which comparative figures exist, China outspent the US government on public funding of agricultural research more than twice over, pumping $10 billion into more than 1100 research institutions. And in 2017, the state-owned company ChemChina paid $43 billion for one of the world’s largest agribusinesses, Syngenta, which has a significant Crispr division. China still has yet to decide if it will follow the US’s lead with regards to regulation of Crispr crops, or if it will treat them the same as first-generation GMOs, as the European Union ruled last year.

In theory, Crispr and other genetic technologies could help reduce agriculture’s footprint in four big ways. One, it could keep already established croplands productive in the face of a changing climate, preventing the conversion of what remains of the planet’s wild areas to food production. Two, it could reduce farmers’ reliance on fertilizers, by helping companies develop designer microbes that produce nitrogen for crops instead. Three, it could make raising livestock both more efficient, more sustainable, and more humane . And lastly, but probably most realistically, it will help create crops with less spectacular traits that offer more incremental advances in efficiency—they sequester more carbon , pack in more nutrients , and produce more food per acre with fewer inputs.

But it’s still early days, and the impact Crispr could have is not fully understood. It also faces significant hurdles in public acceptance. Perhaps for good reason. People still remember the claims made by companies that developed the first-generation GMO crops—they were going to feed the world. Those promises fell far short. A 2016 investigation by The New York Times found that countries that embraced GMO crops gained no discernible advantage in yields over similarly modernized nations that didn’t.

Even scientists like Qi, who believe things will be different this time around, recognize that genetic technologies alone won’t solve a problem of this scale. Countries will need policies in place to create the proper incentives for farmers to grow food in a more sustainable way, and cultural shifts away from wasting food and toward eating less meat have to be part of the equation. The survival of the human species has always depended on advances in agriculture, but now it’s the fate of the planet too.