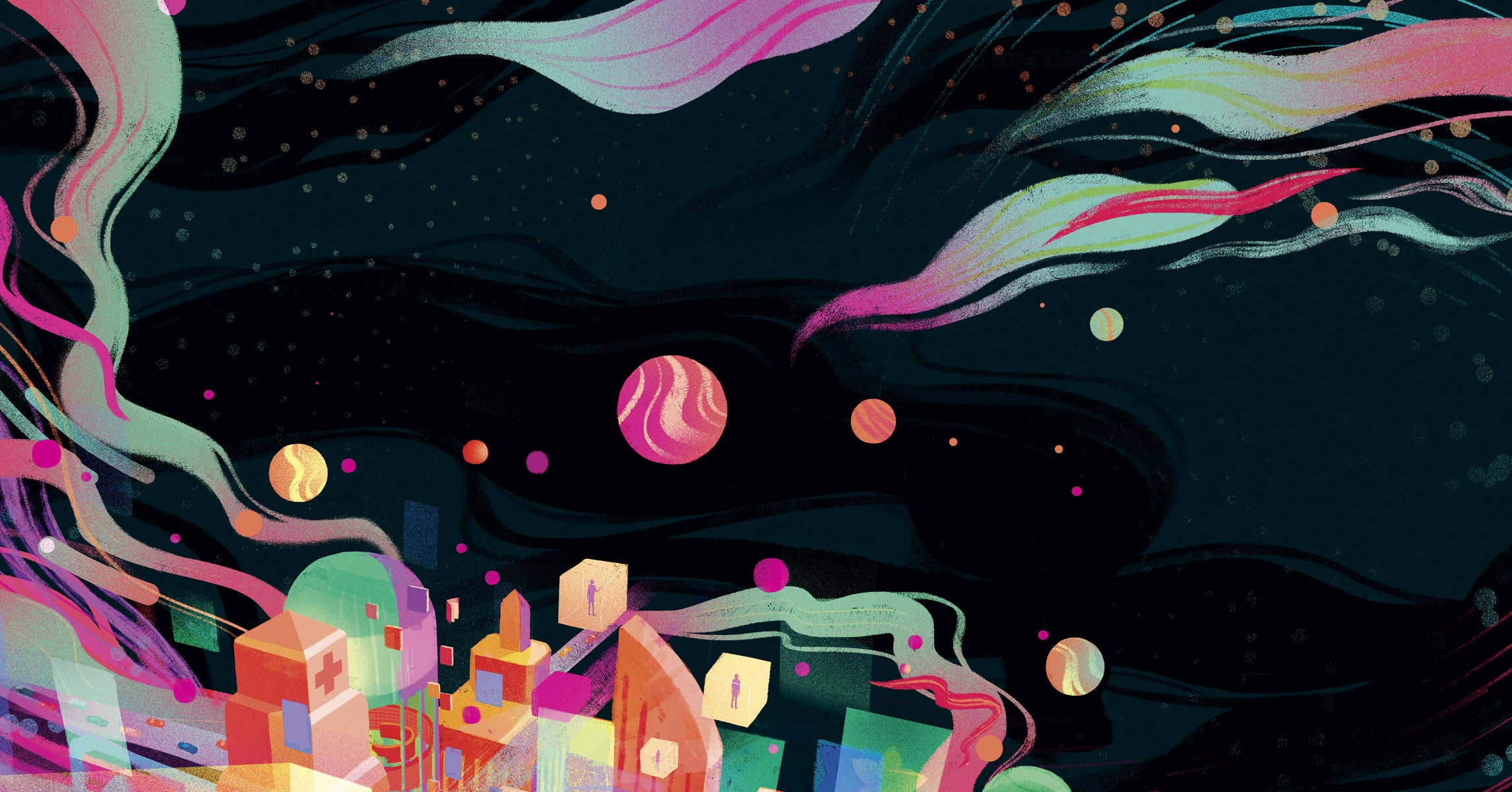 In a chilly warehouse just outside of Boston, the brute toils away. It’s 600 pounds of orange and black metal and whirring motors, a massive robotic arm that picks up car parts and places them on a table. Like its ancestors have done for decades, this industrial robot does the heavy lifting that no human worker could manage, and it does so with extreme speed and precision.

Unlike its forebears, though, this industrial robot isn’t confined to a cage: Most factory robots work in enforced solitude to make sure their human colleagues stay safe. This machine is working right alongside a human laborer. The robot places a part on the table, and the worker tightens bits with a wrench. When he’s done, the robot picks the part back up and takes it away.

As the duo collaborates, roboticist Clara Vu does what was until recently considered very dumb: She crosses a neon orange line on the ground that marks the robot’s territory. Instead of giving her a head injury, the machine sees her and stops, and only resumes once Vu has backed away. The robot is no brute, it turns out. It’s the coworker of tomorrow.

This warehouse is Veo Robotics’ R&D center, where a very different narrative about the future of work is taking shape. Worrywarts like Elon Musk fear a future in which AI and robotics cause mass unemployment and oh yeah existential doom for the human race. But in factories across the world, machines are beginning to work more intimately with humans without sending them to the unemployment line—or the grave.

The reality is that while robots are great at some things, they still fail miserably at others. “Robots can be bigger, stronger, faster, more precise than people,” says Vu, co-founder and vice president of engineering at Veo Robotics. “But they're not going to be more flexible, more dexterous. They're not going to have that for decades, centuries, who knows.”

Sure, you might be able to figure out how to automate car part assembly from start to finish. But for the time being, it’s more efficient to involve a human worker. Robot arms can lift thousands of pounds over and over, but they still struggle with fine manipulation.

What they are getting better at, though, is sensing their world. Veo takes a range of robotic arms and essentially builds a larger robotic system around them. Engineers surround the robotic arm with time-of-flight cameras, which calculate distance based on the speed of light, and monitor the area for humans.

The camera data is used to calculate the moment when a robot should stop moving, depending on what it’s doing and its distance to a human, says Patrick Sobalvarro, CEO and co-founder of Veo. “The stopping distance for a robot that's carrying a ton of stuff is probably a meter,” whereas a smaller arm might just need a few centimeters. Either way, the system will order the arm to first slow, then stop when approaching what it thinks is a human.

But in these early days of collaborative robotics, even this new tool is bound by strict limitations. What Veo has built is a structured environment in which the robot can carry out structured tasks—the only reason it can collaborate with a human is because its work is predictable. In the future, though, we’ll want machines that can work with us in less structured environments like the home. Say, a robot that hands you pieces as you construct an Ikea chair. In that case, you want it to act like a human, perhaps following verbal commands or even recognizing that you want a part just by seeing you point at it.

“Ideally in terms of human-robot interaction, we would not have to change too much,” says Daniela Rus, director of MIT’s Computer Science and Artificial Intelligence Laboratory. “But in practice, of course, the robots have a fixed architecture and they have a fixed vocabulary. So people will continue to have to learn that and understand what the tool is useful for.”

But as the field matures, so too will the richness of communication between humans and machines. A humanoid robot that helps you move furniture is a good example. You’d want it to follow verbal commands, obviously. But less obviously, you’d want it to detect the intensity of your pushing and pulling of a sofa, which telegraphs your intentions.

But might the machines eventually turn on us as they grow adept, replacing humans in the workplace entirely? Automation always destroys jobs—pretty much everyone used to be a farmer until mechanization came along. But that didn’t happen over the course of a week. Technology arrived and slowly farmers became factory workers.

Take as an example a modern factory in Austria that produces very large, very expensive generators. “I walked into this factory, and first I was struck by how few people there were,” says R. David Edelman, director of the Project on Technology, Economy, and National Security at MIT. “Which sort of jelled with my expectation.” These generators use precision-milled components, after all, work that’s best suited for robots.

But then the foreman led Edelman to the other side of the factory, which was crammed full of workers who had the dexterity to assemble those components. “So I asked the foreman, ‘How much longer until all of these people are unemployed?’ And he points to the last guy on the line, who was a young guy, and he said, 'About the time that he retires.'”

That factory stands as a monument to the power of robots and to the limitations of that power. Machines of all kinds have long put humans out of work, but they’ve also become our coworkers. And now more than ever, we’re working right alongside us as they grow more sensitive to our biggest limitation: We’re fragile—oh so fragile.