What do you do if you have a question? You probably Google it.

According to Google Trends, in 2017 Australians were keen to know about tennis, Sophie Monk, fidget spinners and Bitcoin. But besides these arguably trivial queries, our Google searches also revealed our concerns about extreme weather events such as Cyclone Debbie, Hurricane Irma, and the Bali volcano.

Our research, published in the journal Climatic Change, suggests that Google search histories can be used as a “barometer of social awareness” to measure communities’ awareness of climate change, and their ability to adapt to it.

We found that Fiji, the Solomon Islands and Vanuatu share the highest levels of climate change awareness, according to their Google searches – as might be expected of island nations where climate change is a pressing reality. Australia is close behind, with a high level of public knowledge about climate change, despite the current lack of political action.

Google searches are like a window into the questions and concerns that are playing on society’s collective mind. Search histories have been used to alert epidemiologists to ‘flu outbreaks (albeit with varying success) and to gauge how communities may respond to extreme weather events like hurricanes. 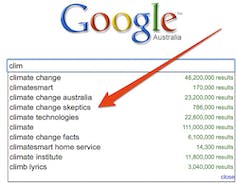 Talk of climate change action like “adaptation” often centres on well-known and at-risk places such as the Pacific Islands. As sea level rises, communities are forced to adapt by building sea walls or, in extreme cases, relocate.

Understanding how conscious communities are of the impacts of climate change is crucial to determining how willing they may be to adapt. So finding a way to rapidly gauge public awareness of climate change could help deliver funding and resources to areas that not only need it the most, but are also willing to take the action required.

In our research, we used Google search histories to measure the climate change awareness in different communities, and to show how awareness maps (like the one below) can help better target funding and resources.

OK Google, do I need to worry about the climate?

Google is asked more than 3.6 billion questions every day, some of which are about climate change. We looked at how many climate-related Google searches were made in 150 different countries, and ranked these countries from most to least aware of climate change.

We then divided countries into categories based on their climate awareness, their wealth, and their risk of climate change impacts (based on factors such as temperature, rainfall, and population density). All of these variables can influence communities’ ability to adapt to climate change.

This is a quick way to gauge how ready communities are to adapt to climate change, especially at a large global scale. For example, two countries in the “high awareness, high risk” category are Australia and the Solomon Islands, yet these two nations differ greatly in their financial resources. Australia has a large economy and should therefore be financing its own climate adaptation, whereas the Solomon Islands would be a candidate for international climate aid funding. 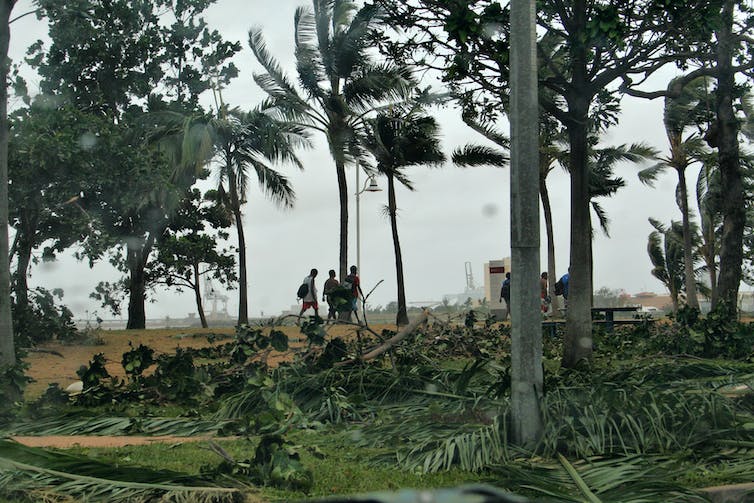 By looking at countries’ specific situations – not only in terms of their relative wealth but also their degree of public engagement with climate issues – we can not only improve the strategic delivery of climate change adaptation funding, but can also help to determine what type of approach may be best.

Of course, there are plenty of other ways to assess climate preparedness besides Google searches. What’s more, internet access is limited in many countries, which means Google search histories may be skewed towards the concerns of that country’s more affluent or urbanised citizens.

Climate change awareness has previously been measured using surveys and interviews. This approach provides plenty of detail, but is also painstaking and resource-intensive. Our big-data method may therefore be more helpful in making rapid, large-scale decisions about where and when to deliver climate adaptation funding.

Google search histories also don’t tell us about governments’ policy positions on climate issues. This is a notable concern in Australia, which has a high degree of public climate awareness, at least judging by Google searches, but also a history of political decisions that fail to deliver climate action.

Amid the political impasse in much of the world, big data can help reveal how society feels about environmental issues at a grassroots level. This approach also provides an opportunity to link with other big data projects, such as Google’s new Environmental Insights Explorer and Data Set Search.

The untapped potential of big data to help shape policy in the future could provide hope for communities that are threatened by climate change.