The team from the Trent University in Ontario, used tiny polystyrene microspheres as a catalyst to speed up the formation of CO2-grabbing magnesite to just 72 days.

In nature magnesite takes hundreds of thousands of years to form.

To speed up the process, the scientists drastically reduced the temperature of the magnesite and added the catalyst.

A tonne of magnesite can reduce half a tonne of CO2 from the atmosphere, so if experts can mass produce the mineral, they could reduce CO2 levels drastically, according to the results presented by the scientists at the Goldschmidt geochemistry conference in Boston.

The experts also found that the minerals can be re-used, so the process is even more efficient.

"Firstly, we have explained how and how fast magnesite forms naturally. This is a process which takes hundreds to thousands of years in nature at Earth's surface.

"The second thing we have done is to demonstrate a pathway which speeds this process up dramatically. 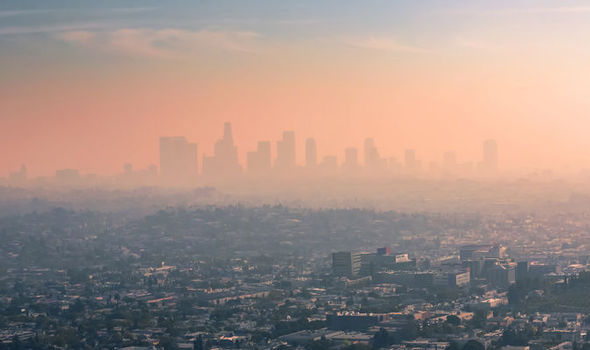 "For now, we recognise that this is an experimental process, and will need to be scaled up before we can be sure that magnesite can be used in carbon sequestration (taking CO2 from the atmosphere and permanently storing it as magnesite).

"This depends on several variables, including the price of carbon and the refinement of the sequestration technology, but we now know that the science makes it do-able.”

Global warming, also referred to as climate change, is based on the theory the planet is warming up to potentially life-threatening levels.

Advocates say a principal cause is man-made carbon dioxide emissions. They say CO2 creates a thermal blanket trapping heat which would otherwise be reflected back into space – hence the international drive to reduce carbon emissions. 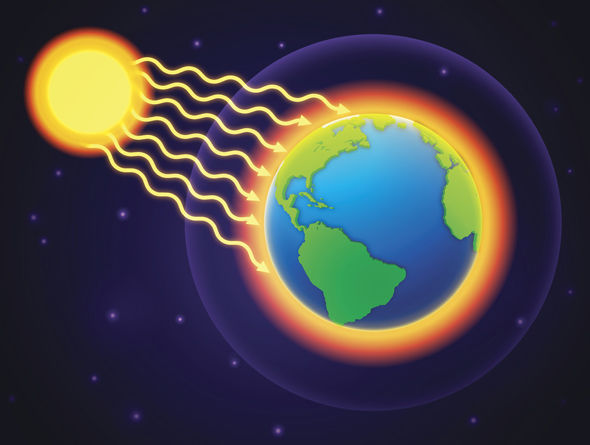 CO2 builds up in the atmosphere and warms the globe (Image: GETTY)

Professor Peter Kelemen, a carbon capture expert at Columbia University who was not involved in the study, said: “It is really exciting that this group has worked out the mechanism of natural magnesite crystallisation at low temperatures, as has been previously observed – but not explained – in weathering of ultramafic [magnesium-rich and low silica] rocks.

He said: “The potential for accelerating the process is also important, potentially offering a benign and relatively inexpensive route to carbon storage, and perhaps even direct CO2 removal from air.”