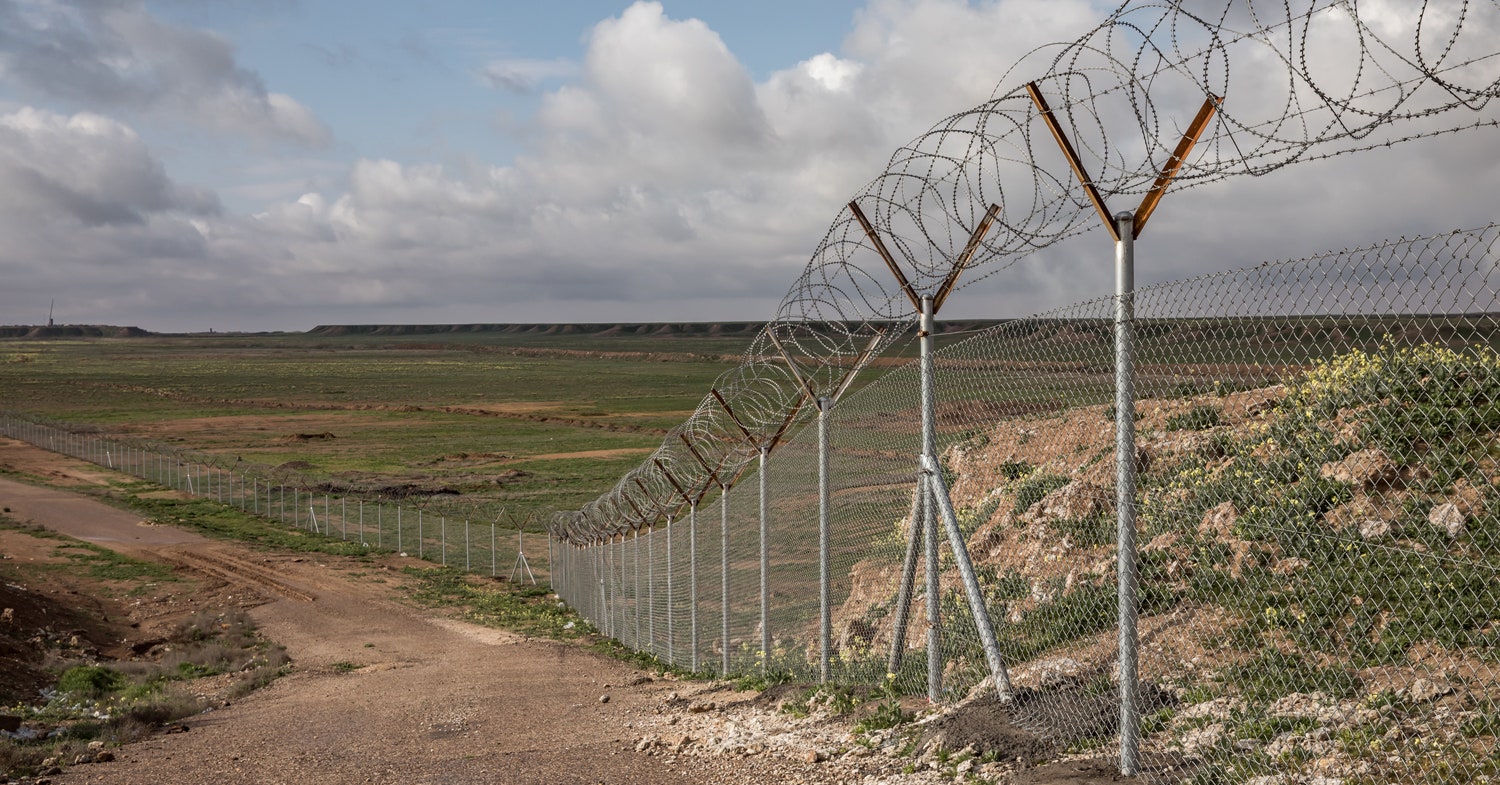 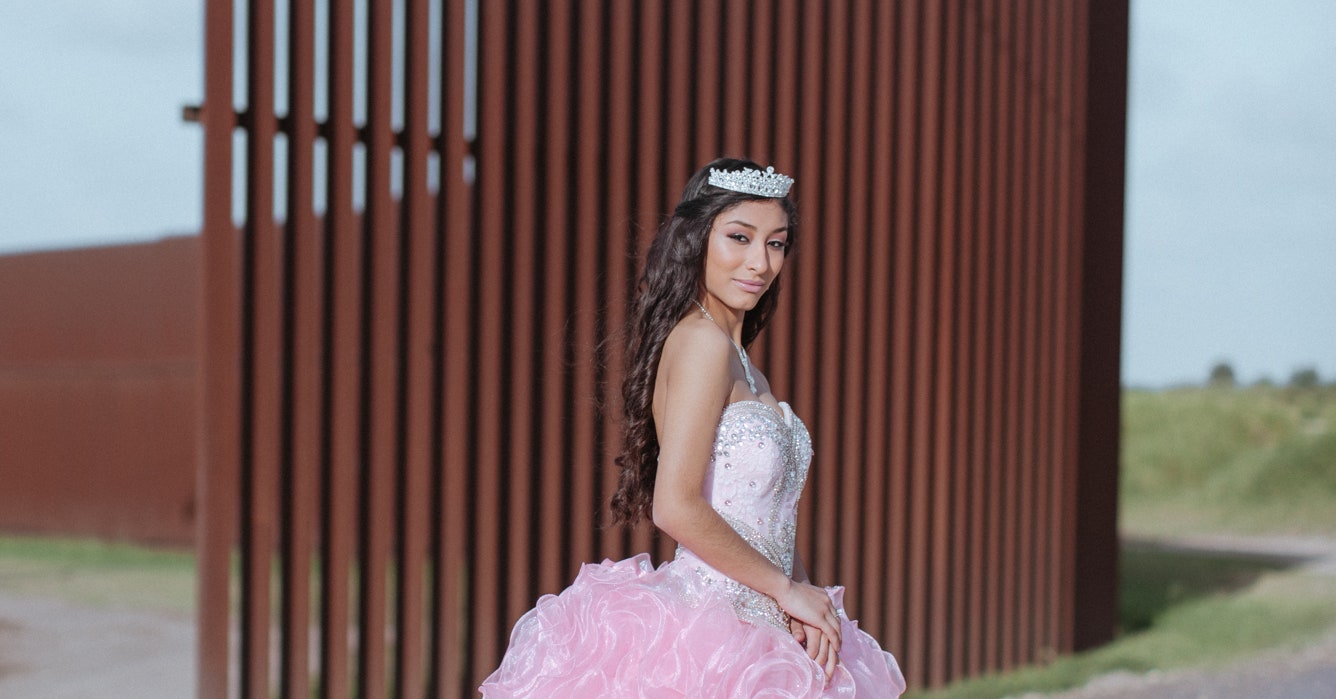 Starting as soon as next week, the Department of Homeland Security will begin piloting a DNA testing program at the US-Mexico border intended to expose immigrants suspected of posing as families. CNN first reported the initiative, which WIRED has confirmed will be conducted jointly by Customs and Border Protection and Immigration and Customs Enforcement at two undisclosed locations over the course of several days. It will employ a new form of genetic testing, known as Rapid DNA technology , that makes it possible to process a DNA sample and produce results in about 90 minutes.

In recent months, a huge surge in unauthorized border crossings, especially by families, has put mounting pressure on the US government to accommodate and contain the influx. Because of rules that prohibit detaining children for more than 20 days, many families are discharged into communities along the border. In response, the Trump administration has gone to increasingly draconian lengths to deter migrant families in particular from entering the US, such as its disastrous family separation policy and an order this week to begin extracting application fees from asylum seekers. Now DNA testing is joining the list.

DHS officials say the pilot is just a small-scale evaluation to see if the technology can help root out cases of criminal fraud, including human trafficking and “child recycling.” Last month, former DHS Secretary Kirstjen Nielsen told a congressional committee that the agency had discovered multiple incidences of young people being passed around, or “recycled,” to help migrants gain illegal entry. In a speech last month, she claimed that “cases of fake families are popping up everywhere.” But the numbers tell a different story.

Since April 18, CBP has referred 101 families for suspected fraud to ICE special investigators, a DHS official told reporters Wednesday. Of those, 29 were determined to be fraudulent, resulting in 45 people being referred for prosecution and 33 being accepted by prosecutors. CBP doesn’t have figures yet for April, but in the month prior, 53,077 family units were apprehended at the southern border, placing best estimates for the rate of fraud somewhere below half a percent. That’s in line with a report by BuzzFeed that found about 3,100 people, or 1 percent of all migrants last year, did something that could be considered fraudulent, including lying about being part of a family or saying someone older than 18 was a child.

With little evidence to support the idea that a flood of fraudulent family units is arriving at the southern border, privacy and civil rights advocates worry that DNA testing technology is being politically weaponized to intimidate and deter migrants fleeing violence and poverty from seeking a better life. "DNA testing of migrants, refugees, and asylum-seekers is coercive, whether voluntary or otherwise,” says Erika Andiola, chief of advocacy for the Refugee and Immigrant Center for Education and Legal Services. “Collecting biometric information of children brings kids into our state surveillance dragnet at an early age, making it impossible for them to enjoy a life truly free from state scrutiny.”

Vera Eidelman, a staff attorney with the American Civil Liberties Union, added in a statement that while the government says it has no plans to store or share the information collected from these tests, “the fact that it is even building out this surveillance infrastructure—using the pretext of the border—should trouble us all.”

Here’s how the program will work: If CBP agents get the sense that something is amiss—such as when documents are lacking or can’t be verified, or a person appears to be sponsoring many family units—they’ll flag the family to ICE’s Homeland Security Investigations. That could happen either at a legal port of entry or at the border if the family is apprehended crossing illegally. HSI agents are typically tasked with building criminal cases against smugglers, sex traffickers, and other international organized crime operations.

HSI agents will then interview the suspected families, and may ask them to undergo a DNA test. DHS says this process will be voluntary, and that the adults will sign consent forms before swabbing their own cheeks and the cheeks of the child they’re traveling with. (The official did not say what happens if the family refuses.) A technician from ANDE, the Massachusetts-based company DHS is contracting with for the pilot, will then insert each swab into a plastic cartridge and load it into a black microwave-sized DNA-processing machine.

Over the next 90 minutes, the machine will run through a series of automated chemical protocols—cracking open the cheek cells to collect the strands of DNA, chopping them up, and making copies of 20 locations in the noncoding, or “junk,” part of the genome. Known as “short tandem repeats,” or STRs, these chunks consist of a few base pairs repeated hundreds of times in a row, like a person stuttering over a particularly hard-to-pronounce word. The exact number of stutters varies widely from individual to individual. Make a list of the number of repeats at 20 locations and you’ve got a human barcode.

It’s the same process crime labs across the US have been using for the last two decades to match crime scene samples to state and federal databases of felons, just sped up. Every time a lab-coated tech in an episode of CSI: Whatever stared at a screen and said, “We’ve got a hit,” the lab worker would have been using STR technology. Rapid DNA replaces the white coat with a black box.

On the border, the ANDE machine’s software will only look for a match between the samples inside it, rather than searching CODIS, the federal criminal database. Because children inherit half of their DNA from each parent, partial matches can indicate whether an adult is a child’s mother or father. But the fact that the same 20 DNA markers are used for family matching and crime-solving is problematic. The government has said it will not store the DNA or its results—but it easily could, building up a library of migrant DNA.

“Cataloguing DNA to solve future crimes, that’s a fear I have, that’s a concern,” says Sara Katsanis, who studies genetic testing policy at Duke. The fear is that migrants might consent to a test to prove parentage and not realize their DNA could be held indefinitely and repurposed by law enforcement in the future, potentially putting them under genetic surveillance for the rest of their lives.

Policies might prevent that, but technological safeguards could do even better. Thermo Fisher, the other maker of Rapid DNA machines, says it’s possible to design parentage tests that would use a different set of genetic barcodes. That would make any DNA data generated at the border incompatible with CODIS, and not useful to law enforcement agencies. Thermo Fisher’s parentage test in the US, like ANDE’s, does generate data that could be plugged into CODIS, but its tests for other markets, like in Brazil and China, use a different set. (ANDE declined to speak to WIRED for this article.)

Then there’s the issue of defining a family . Because the amount of DNA shared with your relatives drops the more distant they are, STR data is much better at predicting parentage and sibling relationships than it is at identifying grandparents, aunts or uncles, and cousins. For this pilot, that won’t matter, because DHS says it defines the family unit only as mother-child or father-child.

Such rigid biological borders penalize the nontraditional family structures found in many other parts of the world. In the Central American countries where many of these migrants are from, children often lose parents to violence or poverty, and informal adoption by relatives is common. There’s also the potential for revealing misattributed paternity—where a father doesn’t know he’s not biologically related to his child, a phenomenon that happens anywhere from 10 to 30 percent of the time, with poverty being one of the big social drivers. “Just because two people aren’t related doesn’t mean that they are guilty of fraud,” says Katsanis.

As a bioethicist, she sees two sides to this new use of the technology. On the one hand, she says, if the alternative is detaining people for weeks or months while their relationship is investigated, a Rapid DNA test could save a lot of time. And it could be a valuable tool for identifying human traffickers and other forms of exploitation at the border. But she worries that if it’s not implemented with the proper privacy protections, DNA could increasingly be included as a tool for making immigration decisions.

According to DHS, the swabs will all be destroyed in the process of generating a parentage report. Additionally, officials say the ANDE machine will not be hooked up to any government computers or networks and no genetic profiles will be collected or stored.

The Trump administration is not the first to venture into the controversial world of DNA testing at the border. In 2012, Katsanis worked on a DHS-funded project to examine the privacy implications of Rapid DNA, including in immigration settings. At the time, the Obama administration was considering pilots of the technology at refugee camps, according to documents obtained by the Electronic Frontier Foundation. At the time, she concluded that given all the potential for privacy violations, any government programs that might collect the DNA of immigrants should consider first and foremost whether it’s absolutely necessary. That’s something Homeland Security has yet to prove.

It came on the heels of news that investigators in South Dakota had arrested a woman Friday in connection with a 38-year-old infant abandonment case.