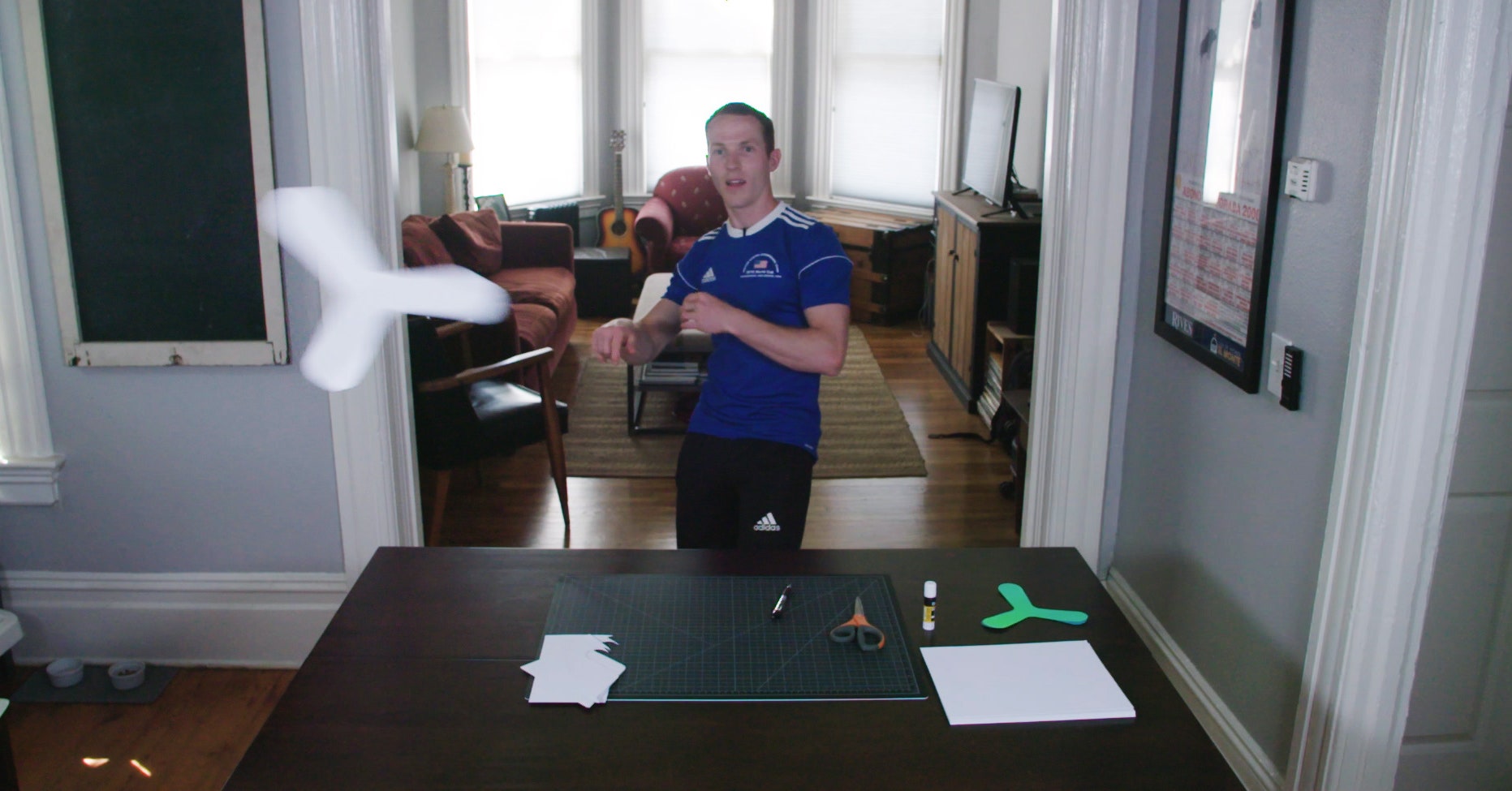 How to Make a 'Roomerang': A Boomerang You Can Throw Indoors

Slow motion has long been one of the coolest (and overused) effects in video. The technique was once exclusive to fancy, expensive cameras, but as portable device technology improves, slo-mo has become better and better. Whether you want to emphasize a cinematic moment or prolong the embarrassment of a friend you recorded in a compromising situation, slo-mo is a great tool that you should learn to wield.

To get the most out of slow motion, it helps to understand the basics. Let’s start with the very concept of video itself.

Video is just a series of still images (each one is a “frame”), displayed in quick enough succession that it gives the illusion of motion. Most video you see on digital devices plays at 30 frames per second. Ultimately, you want your slo-mo clips to play back at 30 fps as well so that it's the same frame rate as regular, non-slo-mo footage.

However, to slow down a video and still have it look smooth without compromising the quality, you have to record at a higher frame rate, then play it back at the normal 30 fps. For example, to play back video at half speed, you would record at 60 fps or more.

Many phones let you record HD video (1080p) at even higher frame rates: 240 fps slo-mo has become pretty common among premium devices, like the Pixel 3, the OnePlus 7 Pro, and the Galaxy S9. At 240 fps, you can play the video up to eight times slower than it was recorded. At that frame rate, a four-second video could be stretched out for more than 30 seconds and still look as smooth as if it had been shot at normal speed.

There are a few phones, such as the iPhone X and the Galaxy S10, that can record as high as 960 fps, but only for less than a second and at a lower resolution (720p).

Note: It is possible to slow down a video even if it hasn’t been shot at a high frame rate, but it probably won’t look great. If you want to slow a video recorded at 30 fps to half speed, that means it’s playing back at 15 fps. It’s like trying to make a flipbook last longer by slowly thumbing through the pages—the movement looks choppy because your brain is able to distinguish between the individual images. If you want to get smooth-looking slo-mo, you really need those higher frame rates.

How to Shoot Slo-Mo

Most phones offer slo-mo features in their default camera apps. Just tap the settings icon on both Android and iOS phones and select the “slo-mo” or “slow motion” option, then shoot your video. To keep all this footage from getting unwieldy, it's best to record your slo-mo scenes in short bursts, about five to 10 seconds each. (Keep in mind that whatever you record is going to come out twice or even eight times as long when you convert it to slo-mo.) When you go to play it back, the app should give you the option to drag a pair of handles around the video timelines to control exactly how much of the video slows down.

When you’re shooting slo-mo, keep the camera as steady as possible. Moving it even a little can cause blurriness and change of focus, which becomes much more noticeable when you slow it down. It helps to consider what you’re going for in the shot before you tap the shutter button. Think about the exact moment you want slowed down—maybe a dog shaking water out of its fur, your friend doing a sick kickflip on her skateboard—and you can capture that decisive moment. Planning really shows in the final product, so be a director and map it out.

If you want a simple way to share your video, you can also adjust playback speed on social media platforms like Snapchat and Tik Tok. Slo-mo is available inside the effects settings of both apps. But if you’re eager to finesse the settings even more, that’s where dedicated slow-motion apps come into play.

Do Mo’ With Slo-Mo

Let’s say you want to get creative, with varied transitions between fast, normal, and slow motion—also known in the film industry as ramping. There are plenty of apps that can give you the tools to make a (hopefully less violent)

video. With so many apps available for both Android and iOS platforms, finding a good one can seem overwhelming. Here are a few that I’ve found useful: