Media call it the worst flood of the century in the region. After more than two weeks of relentless rain, Kerala, a state at the southern tip of India, known internationally for its scenic green landscapes, touristic spots and backwaters, is left with over 1 million people in relief camps, and close to 400 reported dead – the number is expected to be much higher, as many areas remain inaccessible.

In the mountainous Coorg or Kodagu district in the neighbouring state of Karnataka, thousands of people have been marooned because of torrential rains. Exacerbated by landslides in hilly terrain, flooding has led to the destruction of homes, bridges, road networks and industries.

Far from being a surprise, the possibility of such devastation was highlighted several years ago.

The need to change our development approach

In 2011, the Western Ghats Ecology Expert Panel, chaired by the internationally renowned ecologist Madhav Gadgil, submitted a report to the Indian Ministry of Environment and Forests. The report warned that an ill-thought focus on development was impacting the sustainability of the Western Ghats hill chain, one of the world’s most biodiverse areas that runs along the west coast of India. The expert report urged a number of states, including Karnataka and Kerala, to adopt an approach of thoughtful conservation, limiting activities such as quarrying, dams and construction near protected forests in hilly areas. The report was rejected by the Ministry as well as by both states.

With the experience of hindsight, it is clear that the worst flood damage took place in those regions where the Gadgil committee recommended protection.

In Kodagu, for instance, tens to hundreds of thousands of large trees were felled in 2015 to construct a high-tension electric wire line. Uncontrolled sand mining has constrained river flows, while the rapid spread of high-rise buildings on unstable hill slopes has weakened the soil. This unplanned development has left the area susceptible to flash floods and landslides, caused by a combination of tree felling on steep hillslopes and heavy rainfall.

The flooding of the Kochi airport is another example of poor planning leading to disastrous outcomes. The airport was built on the paddy fields and wetlands adjacent to the Periyar river, and extends up to the banks of the river on one side.

The longest river in Kerala, it has a number of dams – some of which had to be opened to release water during the rains. The airport was badly hit, with estimated economic costs of at least Rs 500 crores because of its forced closure for several days. 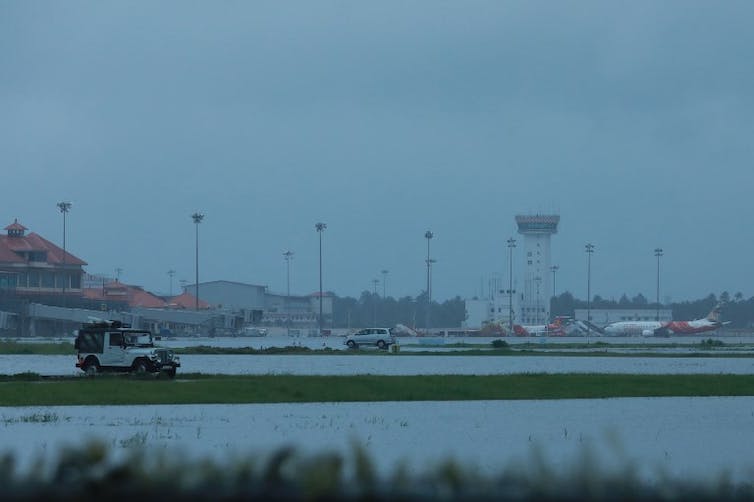 The Periyar river is not the only one that has been dammed. The state of Kerala has 44 rivers with a total of 61 dams. Many had to be opened across Kerala as they were dangerously full – a step that, while essential during a time of emergency, contributed to the heavy flooding. A 2017 report by the Comptroller and Auditor General of India warned that not a single one of these dams had an emergency action plan in place for disaster management. Pre- and post-monsoon safety inspections had not been carried out for any of these dams either.

Given how likely it is that coastal and riverine cities will experience flooding in coming years, you would think we know better than to build airports near bodies of water. Yet Kochi airport is not an exception. The runways of the Mumbai airport have been built over the Mithi river, and the airport is located on a reclaimed pond. One of the runways of the Chennai airport extends over the Adyar river, affecting its long-term safety and stability.

It is no surprise that these airports, which are among the busiest in India, frequently flood when the rains are heavy – leading to large-scale economic losses. Yet the new Navi Mumbai airport is coming up in an equally unsuitable location on coastal wetlands.

In the era of climate change we have just entered, extreme rainfall events are going to become increasingly common. Uncontrolled growth at the expense of the environment will severely exacerbate the impacts of climate change. Our cities are simply not prepared for extreme weather events. The recent collapse of a bridge in Genoa, killing at least 43 people, is linked to poor maintenance, but also to heavy rainfall. 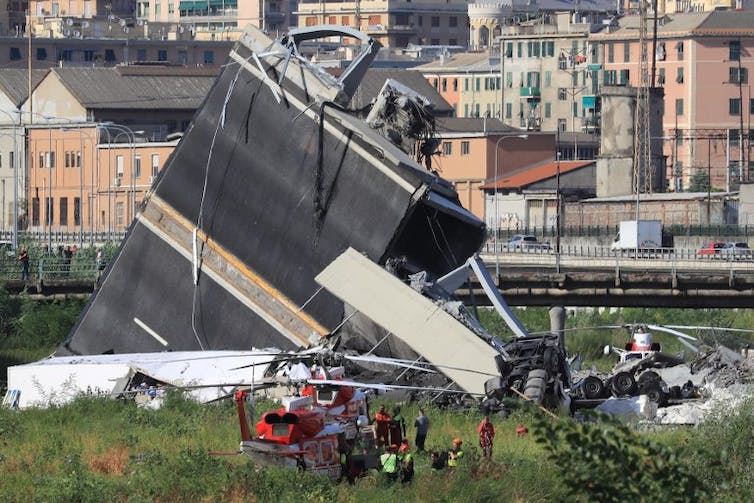 Certain types of infrastructure may be less suitable to some contexts in a changing climate scenario. Wildfires in California cause extensive damage to private property because many cities are extending their boundaries into forest areas. As local climate becomes hotter and drier, with fires becoming more likely, new homes are being built in areas that are highly susceptible to fire instead of less exposed locations.

Some cities are seeking to reverse this trajectory of unplanned construction. Nairobi is in the midst of an extensive demolition drive, uprooting thousands of buildings built on riparian land that choke the flow of water and contribute to severe annual floods.

In Seoul, between 2002-2005, the city municipality tore up an elevated highway that had been built over the Cheonggyecheon stream. This internationally famous urban-renewal project reduced traffic, reduced air pollution and cut the urban heat-island effect. In Yonkers, New York, an ongoing project aims to restore the buried Saw Mill river.

Similar urban river daylighting projects are gaining traction in cities around the world. Zurich has been an early pioneer, developing the Bachkonzept (stream concept) to create, restore and uncover a number of streams and springs. London, which built over a number of famous rivers, has now uncovered and restored a number of these waterways, while Sheffield, having experimented with daylighting, is now considering uncovering sections of the local Sheaf river.

The demonstrated ecological and environmental benefits are clear – as are the social and economic returns. For example, Seoul’s iconic Cheonggyecheon stream restoration led to a more than six-fold increase in biodiversity, a 35% decrease in air pollution and a growth in property prices that is double of that in other parts of the city.

The restored stream attracts tens of thousands of visitors daily who contribute significantly to local economy. Such ideas of restoration need to become more widespread, and embedded in routine climate change and disaster management planning. The investment made is amply repaid many times over in economic security and growth, biodiversity, local health and quality of life, and resilience against future disasters.

Once the emergency relief is attended to, Kochi and Kodagu would do well to use their recent experience as a warning of future disasters to come in a world of increasingly uncertain climate.

The focus must be on long-term restoration projects that can reverse some of the environmental and ecological damage that has led to the current situation. But such learning need not be confined to the areas that have experienced the worst. The rest of the world has much to learn as well.