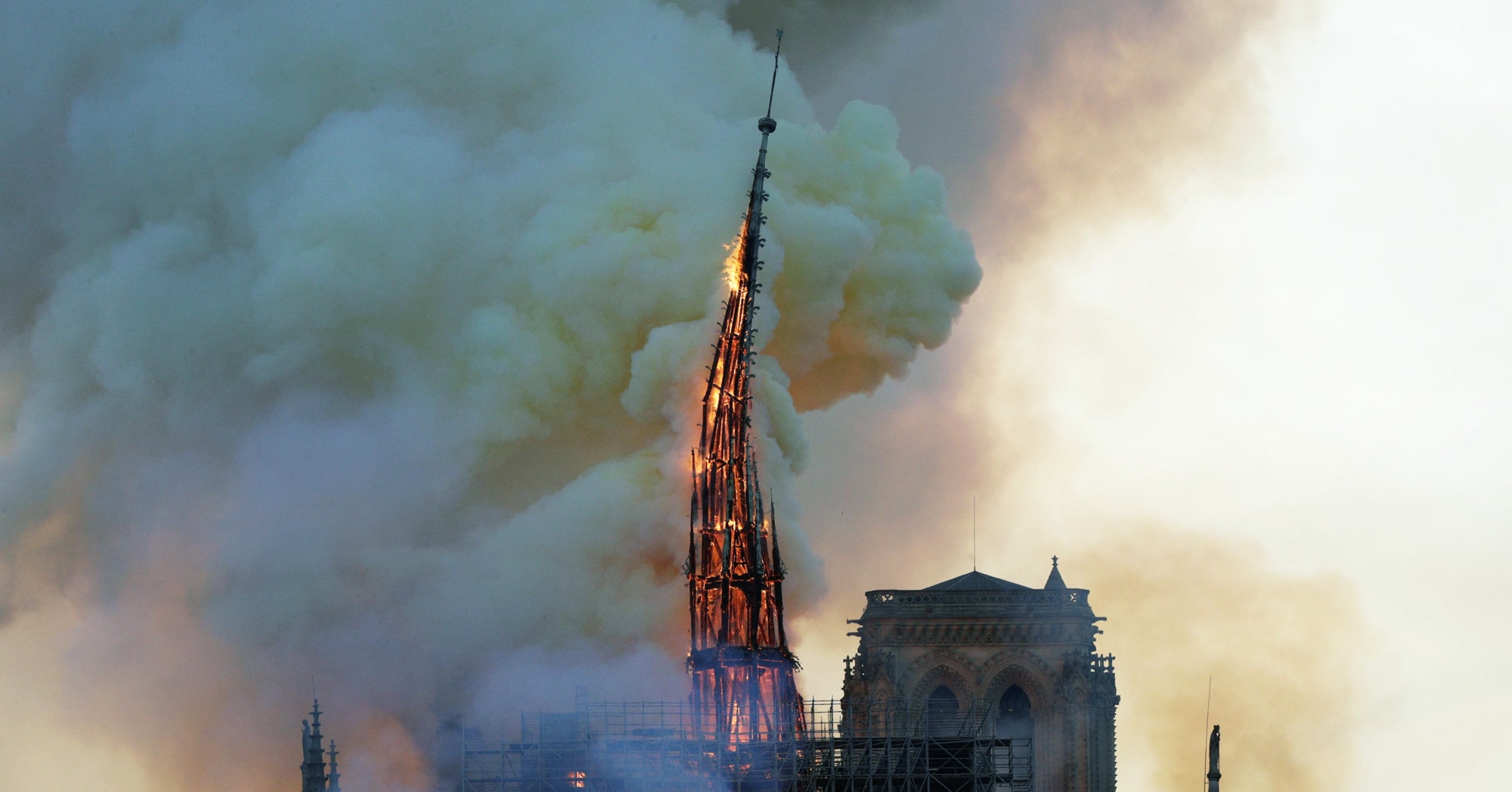 Right on cue, Northern California has plunged back into wildfire hell. This time two years ago, the Tubbs Fire was ripping through Santa Rosa and other communities north of San Francisco, killing 22 and destroying 5,000 homes. And last year on November 8, the Camp Fire virtually obliterated the town of Paradise, killing 86 and burning an astonishing 20,000 structures to the ground.Last night at 9:30 pm PT, a wildfire sparked northeast of Healdsburg, a town of over 10,000 just north of San Francisco. Fanned by winds of up to 80 mph, the Kincade Fire tore through the landscape, consuming 22,000 acres so far. Thousands have been forced to flee, and it’s barely contained. Early footage of people driving through the area shows the damage is likely extensive, with homes burning along the roadside—the number of structures reported destroyed is 49, but that tally could grow substantially.

Welcome to what fire historian Steve Pyne calls the Pyrocene, a unique time in history when human use of fire, particularly the burning of fossil fuels, and the attendant climate change combine to create hell on Earth. “We are creating a fire age that will be equivalent to the Ice Age,” he says. The reckoning is here, and California—a highly flammable state packed with people—is getting it worse than just about anybody in the world.

There’s good reason that, for the past three years, Northern California has seen particularly massive, fast-moving wildfires tear through communities. Every autumn, winds blow in from the northeast , heating up and picking up speed as they descend through mountain valleys. This sucks moisture out of vegetation, turning it into the perfect fuel for wildfires.

“If you imagine the atmosphere over your head as a sponge, you can’t wring it out anymore,” says Daniel Swain, a climate scientist at UCLA.At ground level, the warm air screaming through the mountains sucks away whatever moisture might be left in the vegetation—which is increasingly little as the climate warms in California and autumns grow increasingly dry .

In the past, the state would have had at least some rain to hydrate vegetation after the summer. Thanks to climate change, that’s largely not the case anymore. All it takes is one spark to ignite ultra-dry brush, and high winds will carry that flame with incredible speed, overwhelming communities like Paradise, where many residents simply didn’t have time to escape . Winds also complicate firefighting efforts: If they’re too strong, planes and helicopters can’t accurately drop flame retardants, and if they’re too light, smoke accumulates and visibility plummets, making it unsafe to fly too close to the conflagration.

But to blame California’s wildfire problem on climate change alone is oversimplifying matters. As the state’s population has boomed, communities have cropped up in the most brush-packed, fire-prone lands. California has also been terrible at managing vegetation that’s grown out of control, because wildfires that naturally reset ecosystems are now quickly extinguished to save human lives. And the local utility, PG&E, has a dismal safety record—its equipment sparked 17 major wildfires in 2017 alone. Accordingly, it’s been initiating huge “public safety power shutoffs ” this year in anticipation of high wind events, and indeed it seems to have preemptively cut power to the region where the Kincade Fire sparked last night. But the San Francisco Chronicle is now reporting that PG&E left high voltage lines in the area energized, and detected an outage minutes before the wildfire started. These are the same kinds of lines that sparked last year’s Camp Fire, though to be clear the utility hasn’t officially been blamed for this new fire.

The mountain communities in the danger zone can take steps to protect themselves, though nothing comes for free. Each town could, for example, decide to invest in its own solar-powered microgrid . They could become vigilant about clearing brush around homes, but all it takes is one lazy homeowner to imperil everyone else. “Fire is a contagion phenomenon—its power comes from its ability to spread,” says Pyne. “And if you take care of your house or your property, but your neighbors don't, you're still at risk.”

Wara says they tend to be built to higher standards, making them less prone to wind damage.“The lines in the South Bay where the tech headquarters are, like in Mountain View and Santa Clara County, are [surrounded by] wide open space—there's basically no vegetation.