Remember That Catastrophic Natural Gas Leak in California? Yeah, That Could Happen Again 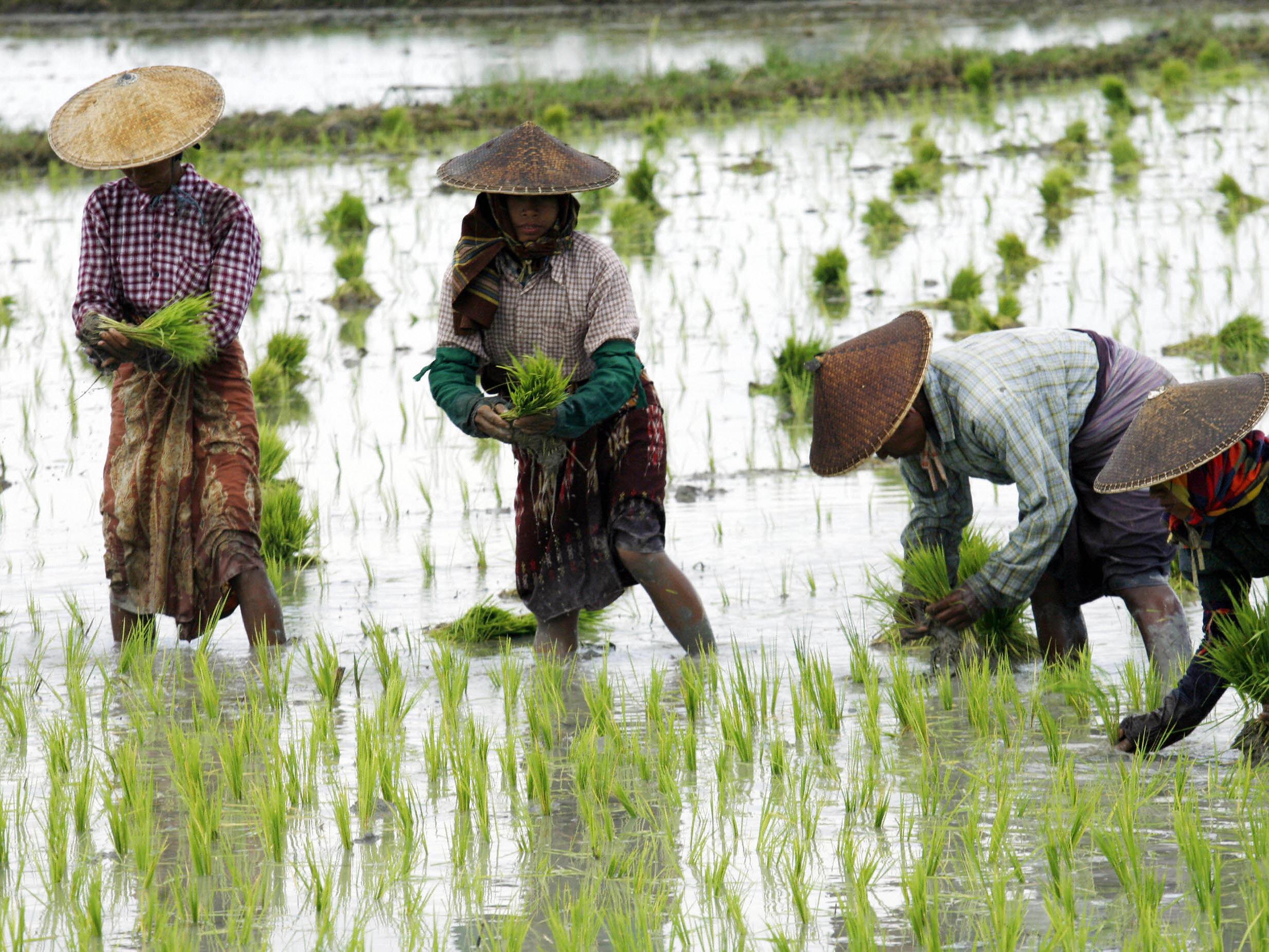 Rice farming up to twice as bad for climate change as previously thought, study reveals

The Trump administration wants to make it easier for the oil and gas sector to release methane into the air, according to a report in the New York Times. As atmospheric scientists, we are well aware of the dangers this poses for both global climate change and more localised air pollution.

Methane is already the second most abundant greenhouse gas that is released from human activities. “Natural gas”, for instance, refers to a mixture dominated by methane. It has become steadily more concentrated in the air since the 18th century, more than doubling from around 750 parts per billion (ppb) to more than 1,850 ppb today. Like carbon dioxide, methane absorbs infrared radiation and warms the atmosphere. Although there is much less methane in the air than CO₂, the strength of that absorption is such that per molecule it is around 25-30 times more potent as a greenhouse gas.

It is a complicated gas to predict and manage since it is released from multiple sources. Some are natural processes, such as emissions from wetlands and bogs, methane that bubbles up through the ocean, or even through termite farts. But many different human activities also result in methane being released. Flooded rice paddies produce lots of methane, as do cow and sheep stomachs, while the gas is also released from waste buried in landfills.

The largest anthropogenic source of methane, however, is the extraction and distribution of natural gas. According to the New York Times report, the US Environmental Protection Agency is set to relax a series of rules on methane emissions currently imposed on the US oil and gas industry, including a reduced frequency in checking for leaks and an extended grace period before repairs must be made. Such changes would add to a recent repeal of Obama-era US rules that required waste gas to be captured rather than vented or burned. 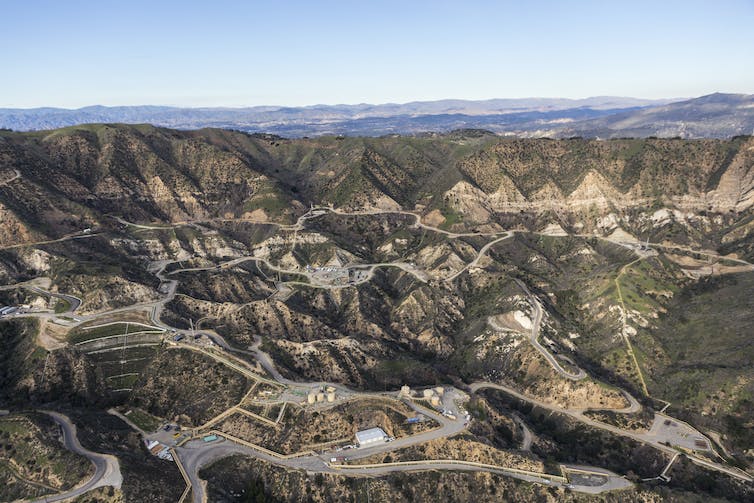 This comes at a time when America’s methane consumption is increasing, largely because the amount of natural gas (often from fracking) burnt to generate electricity nearly doubled between 2005 and 2015. Global demand also continues to climb while oil and coal consumption have fallen over the past decade.

In search of methane

Quantifying emissions of methane from the US oil and gas sector has been a topic of considerable research. Oil and gas producers and distributors make estimates of their emissions based on complex calculations that account for amounts lost during activities such as drilling, venting and flaring, plus any gas that seeps out from the millions of joints, pipes and connectors that make up the natural gas network. These estimates are then supplemented by in-field tests, spot-checking and monitoring for emissions near the source.

Scientists have also measured plumes of natural gas as they waft away from oil and gas installations using aircraft, and have detected methane over large areas from satellites. In general, these sorts of research methods have shown more methane is being emitted than industry-reported figures.

Recent increases in emissions arising from US natural gas extraction have been detected far from their sources, inferred from trends in other trace gases. Natural gas is not pure methane – it also contains small amounts of other hydrocarbons, such as ethane or propane. However, unlike methane, these gases have relatively few other anthropogenic sources, so act as excellent tracers of methane from the fossil fuel industry. Observatories as remote as Cape Verde in the tropical North Atlantic or the Jungfraujoch high in the Swiss alps detected an upwards trends in ethane that coincided with the US fracked gas boom, a smoking gun that showed US emissions of methane were growing. 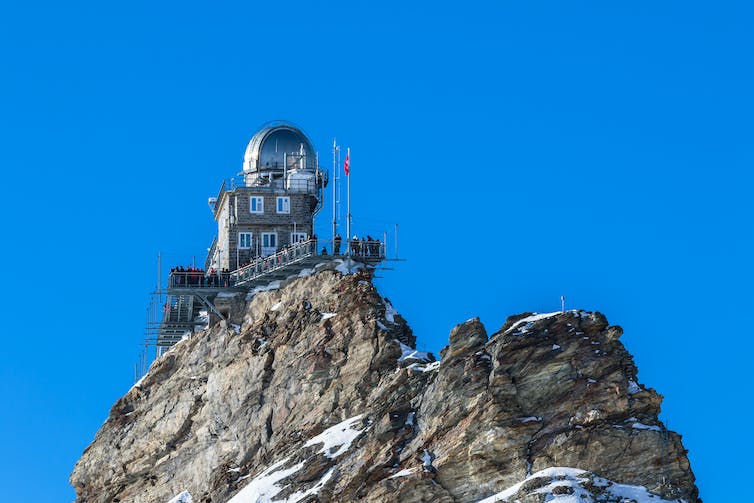 Methane and the other hydrocarbons in natural gas, like ethane and propane, also create ozone pollution in the lower atmosphere when mixed with nitrogen oxides from combustion. Ozone harms people by causing the muscles in the airways to constrict, aggravating lung diseases such as asthma, emphysema and chronic bronchitis. It also limits plant growth and reduces crop yields.

High summertime ozone pollution events are an established phenomenon in southern US oil and gas producing regions, but they are now also found during winter in fracking locations in more northern states. While the current proposal for scaling back regulation of methane emissions has been framed, at least for now, as a roll-back of Obama-era climate policy, it has the potential to also increase concentrations of short-lived air pollutants as well.

The US has extensive regulations to control surface ozone pollution at national and state level. This pollution, particularly in national parks, has historically been taken seriously. Any change in industrial policy that may increase the overall amount of natural gas released to air has the potential to lead to degradation in ozone air quality, both in the US and in regions downwind. The extent of the effects could only be calculated using complex atmospheric simulations, but if shown to be significant, any legal challenge to such a change could well be based on likely air quality effects rather than climate change.