How and Where to Watch NASA's InSight Finally Land on Mars 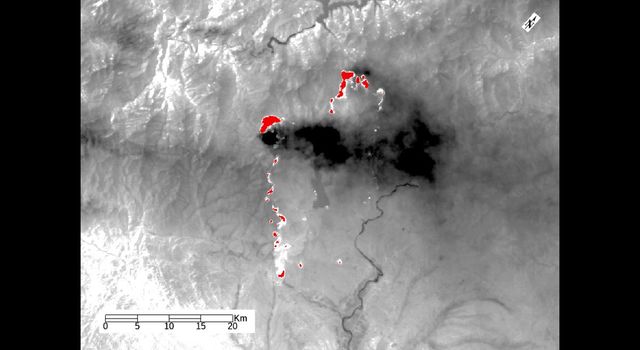 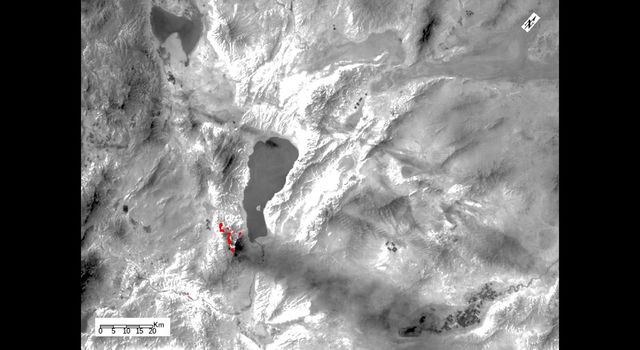 NASA's Ecosystem Spaceborne Thermal Radiometer Experiment on Space Station(ECOSTRESS) has captured new imagery of three wildfires burning in California and Nevada -- the first image of its kind to be taken by the agency's newest Earth-observing mission.

ECOSTRESS' primary mission is to detect plant health by monitoring Earth's surface temperature from the vantage point of the International Space Station. However, it can also detect other heat-related phenomenon -- like heat waves, volcanoes and fires.

The new image, acquired on July 28, captures three wildfires -- the Carr and Whaleback fires in California, and the Perry Fire in Nevada. Surface temperatures above 89.6 degrees Fahrenheit (32 degrees Celsius) are shown in red, highlighting the burning areas along the fire fronts. Zooming in on the Carr and Perry fires shows the heat data in more detail, and also the very distinct smoke plumes the fires are producing. The measurements have a ground resolution of nearly 77 yards by 77 yards (70 meters by 70 meters).

The Carr Fire, one of the largest of more than a dozen fires burning in California,started on July 23. As of August 2, the fire had grown to over 121,000 acres. The Whaleback Fire started near Spalding, California on July 27 and spanned nearly 19,000 acres on August 2. The Perry Fire, which started just north of Reno, Nevada on July 27, had engulfed more than 49,000 acres as of August 2.

ECOSTRESS launched on June 29 as part of a SpaceX commercial resupply mission to the International Space Station. It docked with the space station a few days later, and sent back its first temperature data on July 9. Detecting wildfires is not its primary mission, but its ability to do so is useful to responders as well as scientists.