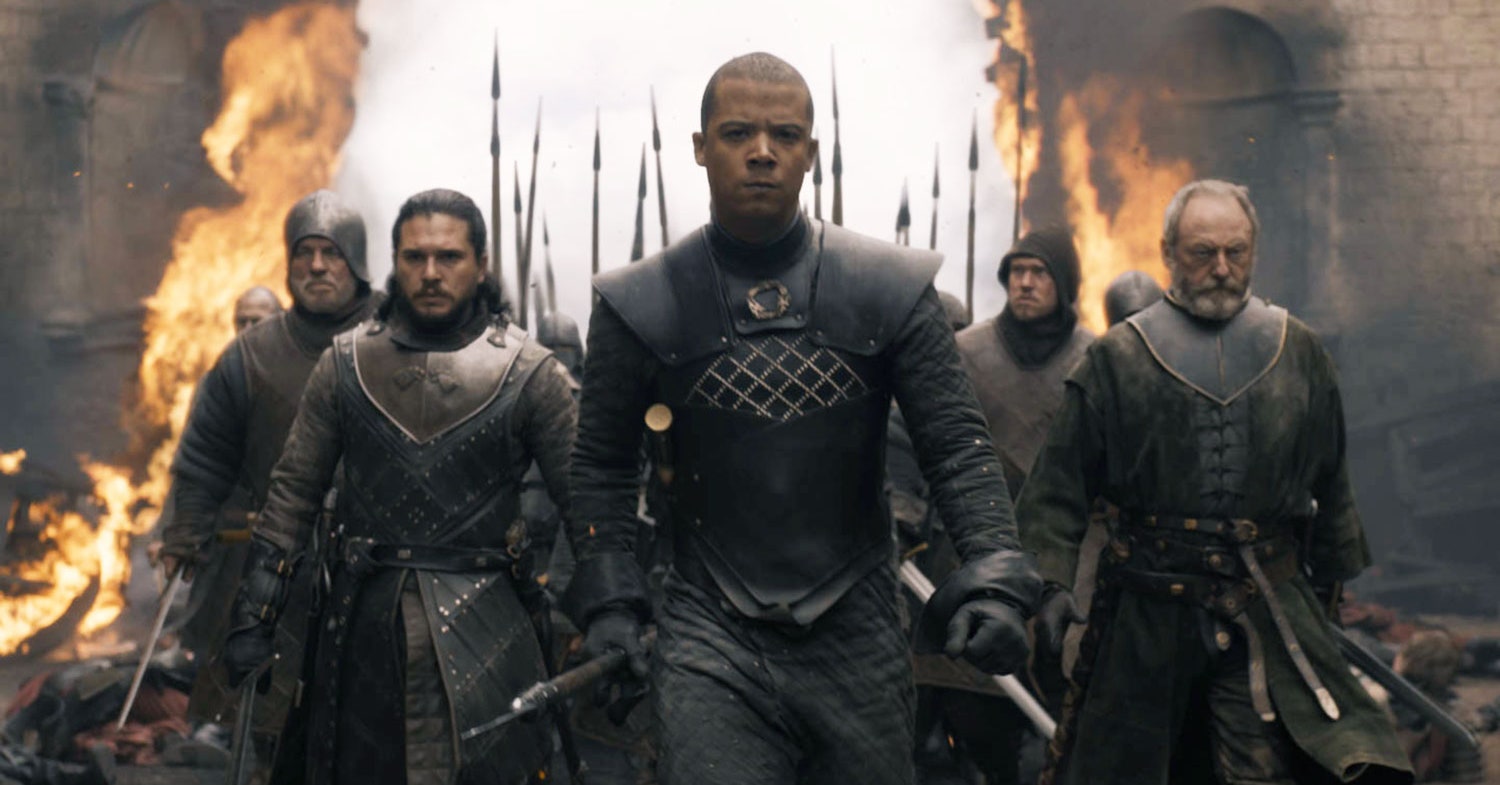 How All of the Surviving Game of Thrones Heroes Got Here 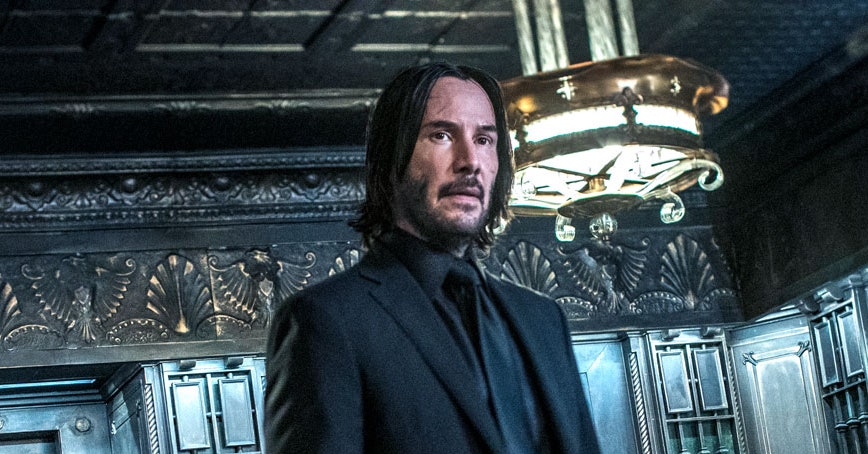 You Can Now Play Fortnite as John Wick

When we arrived with lawn chairs, neighbors strolled by and asked if we were setting up to enjoy the sunset.

I lied. In reality, I was trying to show my friend a pocket gopher. That friend had just driven nearly 4,000 miles to do so. I figured “sunset viewing” would be easier to explain.

And the sunset would have been easier. We poked holes in the mounds of the churned soil of gopher mounds, hoping to temporarily annoy the rodents into patching the holes, allowing us a glimpse of this mammal that rarely appears above ground.

We stared at the holes from our chairs. Nothing. We paced around, poking more holes where the earth had been tilled by gophers. Nothing.

I could sense Jon was getting ready to move on to our next mammal spotting opportunity. I stared at the hole in a trance. And then: was that a puff of dust? Or did I imagine that?

Then I saw the round, gray head with two black, beady eyes poke out of the hole and begin patching it.

He fumbled with his camera and bolted towards me, eyes wide. The gopher disappeared. I removed the soil, making a fresh hole, and we settled in for more waiting. Fifteen minutes passed. I glanced at Jon, but he still peered down the hole hopefully.

Whiskers. Movement. A gopher head. It reappeared, clearly popping up and showing off its cool little head.

Northern pocket gopher. Mammal #1,838 for Jon Hall. He has seen snow leopards and pygmy hippos in the wild. But right now, he broke into a huge grin and fist bumped me. He said, “Thank you, awesome day, thank you.” Then fist bumped me again.

Jon’s on a quest to see the world’s mammals, and he’s having fun doing it.

The Start of an Obsession

Keeping lists of birds is, of course, one of the most popular nature hobbies. Birding enthusiasts keep counts from their backyards to the far reaches of the globe. Although mammals include some of the most charismatic and well-known species on earth, keeping lists of species sighted is relatively unknown.

Sure, many nature lovers want to see grizzlies and wolves in Yellowstone, or plan safaris to see Africa’s wonderful megafauna. Jon Hall takes that wildlife viewing to a different level. He’ll spend night after night mist netting bats in the Central American rainforest. He sets live traps across the desert to see new rodent species up close. He plans expeditions everywhere from city garbage dumps to remote Himalayan peaks in order to see the world’s mammals.Growing up in the United Kingdom, he loved animals and wildlife documentaries, but he didn’t really begin keeping track of sightings until he went on a volunteer assignment to Zambia. He began noting all the wildlife he saw, including birds, mammals and herps.

When his mother insisted he return to the United Kingdom for a “real job,” he moved and suddenly found himself without elephants and antelopes. “It just crushed me,” he says. “It was so busy and gray and crowded. I knew I had to start appreciating the local nature.”

And he decided to do that by birding. He headed out to a local nature preserve for an adventure. “It was just awful,” he says. “There were all these people, many of them old men walking around with raincoats and binoculars. The place was just full of birders. I knew I needed to do something else.”

He turned to mammals, as he already had a relatively impressive list from Zambia. It began to grow, and in 1999 he moved to Australia, primarily to look for wildlife. “There was so much to see, it really started to consume me,” he says.

When he received a tip on a vagrant southern elephant seal, and drove 1,600 kilometers round trip in a day to see it, he recognized that this had become something other than a side hobby. He had become a collector of mammal sightings.

“I collected soccer stickers when I was six,” he says. “Now I get a thrill when I tick off all the animals on a field guide page.”

Through my job, I meet a number of people with nature-related obsessions. While I often find myself admiring their zeal, they make less-than-ideal dinner companions, and can be downright unpleasant on trips. This isn’t the case with Jon.

For the past 20 years, he’s worked on different ways of measuring wellbeing and progress, currently with the United Nations’ Human Development Index. Whereas most measures of progress focus on how the economy grows, his work takes a more expansive view than money changing hands. He’s looking at how long people live and how educated they are in addition to their incomes.

He has a keen sense of humor and loves talking pop culture. His two surprisingly tolerant teenage kids tease him about his tendency to cry during children’s movies. He banters with cashiers and wait staff, and they’ll think he’s joking when he says he’s on a trip to see ground squirrels.

But make no mistake: He’s here for the mammals.

Seeing 1,838 species of mammals takes an incredible level of trip planning, dedication and willingness to suffer. He has seen some of the rarest and most elusive species on earth. He recalls, for instance, the time he visited a China reserve that was trying to promote ecotourism trips.

“At the time, people said there was no chance of seeing a giant panda,” he says.

A landslide closed the road into the reserve, so he hiked 25 kilometers into it. He spent days with his guide hiking around bamboo, and saw lots of interesting wildlife. And on one of the final days, they tracked a giant panda…and saw it feeding on a nearby slope. “That panda is just etched into my brain,” he says.

But he also likes seeing more, well, obscure species. “Bigger is not better,” he says. “Some of the smallest mammals are some of the best. Bats are fascinating in their ecology, and up close, they are very different looking. Many rodents are beautiful.”

For small rodents, he sets live traps. “Opening traps is like Christmas morning to me,” he says. “You look inside to see if there is something new.”

I ask him if he worries about hitting a mammal watching wall. He has seen many of the world’s most iconic species. Getting new ones can be difficult. His trip to see me began in Cleveland, and he brought his two kids. Before he arrived at my Idaho home, he had covered thousands of miles, and seen one new species: a long-tailed vole.

“In some ways, if I ran out of mammals it would be a relief,” he says with a laugh. “It would certainly make my life simpler, and make personal relationships easier. But I haven’t reached that point. I still get excited at the prospect of a new mammal.”

He has recently married, and while his wife loves the outdoors, she does insist on couple time during his normally frenetic trips. He also says he has learned to take time to enjoy the journey, the scenery and other aspects of the trips than the mammals.

“But seeing new species never gets old,” he says. “It’s like pictures from your kids. Some are worth putting on the refrigerator. But none of them are ever terrible. Each is special in its own way. Mammals are like that.”

While mammal watching may never rival birding as a wildlife pastime, it is certainly growing – in no small part due to Jon Hall. He runs a Mammal Watching web site and blog filled with trip reports, new sightings and tips.

Technological improvements as simple as better flashlights and as complex as thermal imagers have assisted in seeing new species. And many formerly remote places are now accessible.

“We are the most privileged generation in history in terms of wildlife viewing,” says Hall. “There is still a lot of wildlife to see. And travel and logistics make it easier for us to get around. We have a better chance to see a variety of wildlife today than any generation ever has and likely any generation ever will.”He mentions snow leopards, once considered legendarily difficult to spot in the wild. The author and naturalist Peter Matthiessen spent months with one of the world’s foremost biologists and never got a glance. But Jon saw one in a week, as do many visitors if they go to the right national park.

The ease of wildlife watching today, of course, is opportunity tinged with more than a touch of sadness. Some species are easier to see because their habitats are smaller, mere islands in a sea of development. And then there’s the elephant in the room, so to speak: the carbon footprint of jetting around the world to see wildlife.

“It is an important issue,” Hall says. “I try to offset my travel with carbon credits. I designate mine to a park in Sierra Leone where I saw pygmy hippos. Carbon markets are really the only income for that park. Many places need economic incentives to conserve parks and wildlife, and I think mammal watching can help.”

This was Jon’s third visit with me in Idaho; he still finds new things to search for here. And after only seeing one new mammal in 4,000 miles, I hoped my own knowledge of local wildlife could up his species count. We saw Northern Idaho ground squirrel, a recent taxonomic split. Like many ground squirrels, this one came relatively easily, as they are diurnal and live in established colonies. We also caught a bushy-tailed woodrat in a Havahart trap set next to my woodshed. And there was the northern pocket gopher.

Three mammals in 24 hours. While those sightings won’t make most wildlife watchers deviate from Yellowstone, Jon was over the moon. But still searching.

“Seeing a new species is one of the greatest feelings in the world,” he says. “I’ll bathe in that happiness and reflect on it. For about ten minutes. Then I’m thinking of the next mammal.”

And as he slaps my back again and thanks me for the gopher, he looks up the sagebrush hills, his eye catching on distant conifer forests. “So, ready to go spotlighting for flying squirrels?” he asks with a grin.