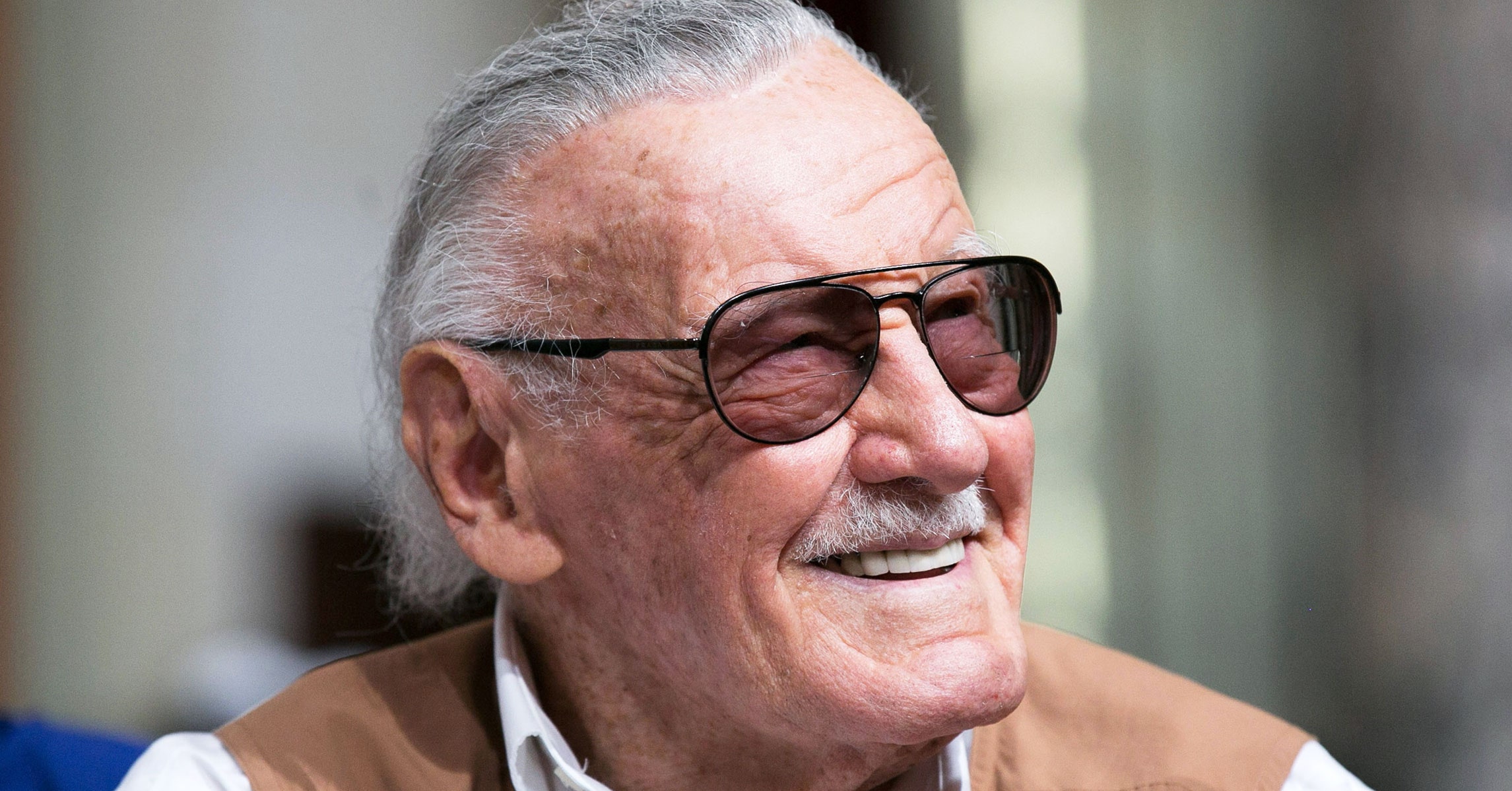 RIP Stan Lee: What 20 Years of Lunches With the Comics Legend Taught Me

IPUs? These New Chips Are Minted For Marketing

Popping a big character death on people like that was just the kind of thing Lee liked. “Stan Lee— dead! No! No, it can’t be!” The man who first understood that with great power there must come great responsibility? The man who alongside comics greats like Jack Kirby and Steve Ditko created or co-created basically half of comic-book superhero-dom? Spider-Man, the Fantastic Four, the Hulk, Iron Man, Black Panther, Thor … I could go on! Lee certainly would have.

These days, when four of the top 10 grossing movies of all time are based on characters from Marvel Comics, it’s hard to imagine what the scene was like in 1940 when Lee got his first gig—at Timely Comics, which would become Atlas, which would become Marvel. The idea of something called a “comic book” was just a year or so old; Batman and Superman—products of Bob Kane and Bill Finger, and Jerry Siegel and Joe Schuster, over at what would become DC Comics—had jump-started an entire medium. There was no such thing as a “graphic novel.” We could argue, I guess, about when human beings first paired static images with spoken dialog and sound effects (was it cave walls 40,000 years ago, or newspaper comics in the early 1900s?) but let’s not fight about what happened when Lee took over Marvel in the 1960s.

Comics had already died and come back to life once—1950s fights over whether they were too violent and too gay led to their bowdlerization. But then DC, Marvel’s archnemesis, resurrected two dead heroes from the distant past, the Flash and Green Lantern, in more up-to-date costumes and with more science-y powers, as befitting the atomic age. Lee was encouraged to try the same. He added a new superpower: angst.

A prolific consumer of high art and pulp, Lee understood that heroes like Superman were fundamentally boring. If nothing can hurt the guy, what’s the challenge? Lee and his collaborators realized their conflicts could be internal. Spider-Man: a geeky, bullied teen granted awesome powers and burdened with the lesson that he can never use them to enrich himself or avenge personal loss, but only to help others. The Fantastic Four: a team, a family, one of them turned monstrous thanks to the scientific hubris of the father figure. The X-Men: teenagers hated and feared by society, even their own parents, thanks to biological forces outside their control. Iron Man: a millionaire playboy who can never remove the armor around his heart. This is pulp as high art.

Lee had found, buried in the fantasy-pulp midden comics had become, a central metaphor. These stories about men and women in garish tights hitting each other were also about more . DC’s heroes were gods and oligarchs, confident white men of privilege; Marvel’s heroes were outcasts, the victims of prejudice, trapped in moral webs stronger than anything Spider-Man ever thwipped. And they appealed to people who felt the same, even before Lee and the other Marvel creators published the first African American heroes, the first Asian-American heroes, and strong, leading-character women in numbers large enough to populate a dozen summer crossovers.

As Marvel Comics grew in popularity and sophistication through the 1960s, Lee realized that his stories never had to end. They could have, as he construed it, the illusion of change—a villain unmasked, a mad scientist’s island lair destroyed, shapeshifting aliens sent scurrying back to their home galaxy—but the heroes’ fundamental personal problems would only get worse. It was a potentially never-ending story of cliffhangers and kraka-thooms . Lee had unlocked a key to serial drama—the foundation of today’s forever franchises. Without Lee, there’s no Harry Potter, no Star Wars.

Probably as a matter of necessity with so many monthly stories to write, Lee developed a writing method that became known as the Marvel Method. He’d write a short synopsis of a story with key beats, and an artist would lay out the actual story on the page, leaving room for dialogue. Lee would them come back in and fill in the bubbles, often with melodramatic, pseudo-Shakespearean tripe. His business approach to it all didn’t make him popular. Lee’s longtime partnership with Jack Kirby dissolved in acrimony, Kirby feeling—not unreasonably—that Lee took too much credit for their shared achievements. The artists were doing a lot more than drawing.

Meanwhile, Lee was doing a lot more than writing and editing. He was also writing a monthly column that appeared in every Marvel book, touting the wacky fun of the “bullpen,” a mostly fabricated Marvel office where all your favorite writers hung out, bantering about groovy superheroes. He called fans “True Believers,” members of the “Merry Marvel Marching Society.” All the artists and writers got nicknames. (Kirby was the King.) Lee would make live appearances, narrate records. By the 1970s, the modern incarnation of the X-Men was a massive hit, and a decade later grimmer, grittier comics aimed at an older and more cynical audience were all the rage—made possible, in part, by the more mature themes Lee and his co-creators inserted in their work. But by then he was mostly a figurehead; in the 1980s he narrated a Spider-Man cartoon. Even into his dotage, rarely writing, he appeared in cameos in multiple Marvel movies. For comics fans of a certain age—my age—Lee was very much the face of the medium.

Wrapped up in all the anger at Lee was, of course, money. Everything anyone had created for Marvel was work-for-hire; Lee’s dual role as creative and spokesperson made him money that other writers and artists did not. It all made Kirby so nuts he actually left Marvel for DC, and among other craziness created a villain based on Lee: the vapid, vain, cash-grubbing Funky Flashman. Today, when superhero movies generate wealth that would make an Asgardian blush, the creators of those characters are still fighting for fair recompense.

In late life, Lee's creative output perhaps didn’t match what he’d done in the 1960s and 1970s. Stripperella, the character Lee created in collaboration with the actress and model Pamela Anderson, seems unlikely to have the staying power of, say, the Black Widow. He worked with other entertainment companies, and ended up in financial and legal fights with some. In the last year, people in the industry worried that Lee’s caretakers were taking advantage of him—something he denied.

Lee was every bit as complicated as the characters he created—or co-created, or present at the creation of. His creativity and ideas cast a mystical field over the popular culture of the 20th and 21st centuries, and taught generations of nerds of every flavor and stripe about responsibility, morality, and love. And in a sense, his death can't be any more permanent than one he might have written for a comic-book character, because the stories he began are all to be continued, forever.