Special Counsel Robert Mueller ended his two-year investigation into Russian interference in the 2016 election with his sole public comment Wednesday, a surprise appearance at the Justice Department that had a clear and stark message: America, read my report. I worked long and hard on its 448 pages and chose my words carefully. Read them.

The remarks came amid weeks of speculation over whether Mueller would testify before Congress about his investigation. But Mueller—who led a sphinx-like existence throughout his two-year probe—short-circuited that debate by speaking out on his own terms. In just over a thousand words and ten minutes, he outlined the primary conclusions of his investigation and made clear, in his own obtuse way, that the next steps belong to House Speaker Nancy Pelosi.

Deciphering Mueller’s comments requires some reading between the lines of a man who has eschewed the public spotlight throughout his career and especially in his current role. He deliberately chose what to highlight, and in carefully crafted, lawyerly language, he articulated three points he wanted Americans to understand: (1) Americans should be deeply concerned by Russia’s broad and systemic interference with the 2016 election; (2) had he been able to clear the president on the question of obstruction, he would have done so, but he didn’t; and (3) he doesn’t intend to say anything further.

Mueller devoted a hefty chunk of his remarks to the legal conundrum underlying the special counsel’s investigation from the start: Given the Justice Department’s longstanding policy against indicting a sitting president, Mueller said that his office was never able to even consider bringing charges against Donald Trump, either openly or under seal until he left office.

“We concluded that we would not reach a determination—one way or the other—about whether the president committed a crime,” he said. “Charging the president with a crime was therefore not an option we could consider.” At the same time, Mueller also emphasized, “As set forth in our report, after that investigation, if we had confidence that the president clearly did not commit a crime, we would have said that.”

Then, in a message that was clearly aimed up Pennsylvania Avenue to Capitol Hill, he went out of his way to describe how his team had gathered and preserved evidence for future investigators, and added pointedly, “The Constitution requires a process other than the criminal justice system to formally accuse a sitting President of wrongdoing.” Mueller’s remarks, brief but forceful, left an unmistakable implication: Please consider my report a roadmap for an impeachment referral.

Standing at the podium, underneath the logo of the Justice Department he’s served for the better part of five decades, Mueller was noticeably somber and serious—even perhaps a bit weary after years of being the center of a political food fight. He had little of the light that often animates him in private moments. As part of his statement, he announced—as was long expected—that he was closing the special counsel’s office and resigning, to return to private life. “Our investigation is complete,” he said.

Mueller also said that he hoped Wednesday’s comments would be his last in public—another message to Congress. “Any testimony from this office would not go beyond our report. It contains our findings and analysis, and the reasons for the decisions we made. We chose those words carefully, and the work speaks for itself,” he said. “The report is my testimony.”

Mueller has always resisted—strongly—public appearances throughout his career as a prosecutor, FBI director, and a private sector investigator-for-hire, but his silence as special counsel has been especially remarkable. Before Wednesday, the special counsel office had made just three announcements that rose to the level of a press conference, and Mueller didn’t appear at any of them. Twice Rod Rosenstein announced charges against Russians for interfering with the 2016 election, and then, this spring, it was Attorney General William Barr who announced the end of the investigation . Mueller’s voice has gone all but unheard. He spoke once in his first weeks of the investigation at a pre-scheduled commencement address and gave a no comment in recent weeks to a reporter who approached him outside of church. Even his office spokesman, Peter Carr, made few substantive comments during the course of the investigation. And leaks from the office were basically nonexistent.

Given his silence, Mueller’s words Wednesday carried extra weight and he carefully emphasized what he saw as the most important takeaway: “There were multiple, systematic efforts to interfere in our election. That allegation deserves the attention of every American,” he said. Presumably, that would also include President Trump, who has repeatedly downplayed and ignored the Russian interference to such an extent that, according to recent reports, top officials had warned not even to raise it to the White House.

Mueller also took careful and deliberate issue with the accusations by the president and others that his team had been conducted by conflicted, angry Democrats on a witch hunt: “I want to thank the attorneys, the FBI agents, the analysts, and the professional staff who helped us conduct this investigation in a fair and independent manner. These individuals, who spent nearly two years with the Special Counsel's Office, were of the highest integrity.”

Whether their work goes anywhere from here is the question that all of Washington will continue debating, now with the fuel added by Mueller himself.

Garrett M. Graff (@vermontgmg) is a contributing editor for WIRED and the author, among other works, of Mueller's War, available on Scribd. He can be reached at [email protected] . 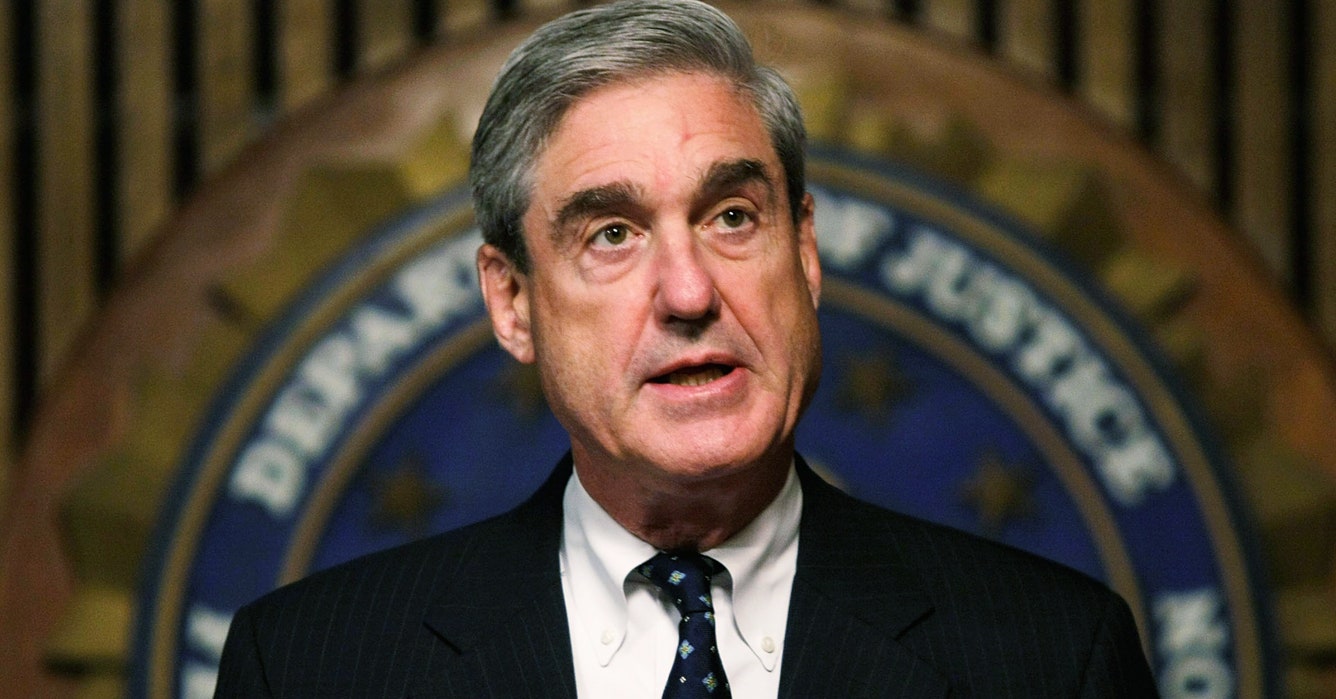