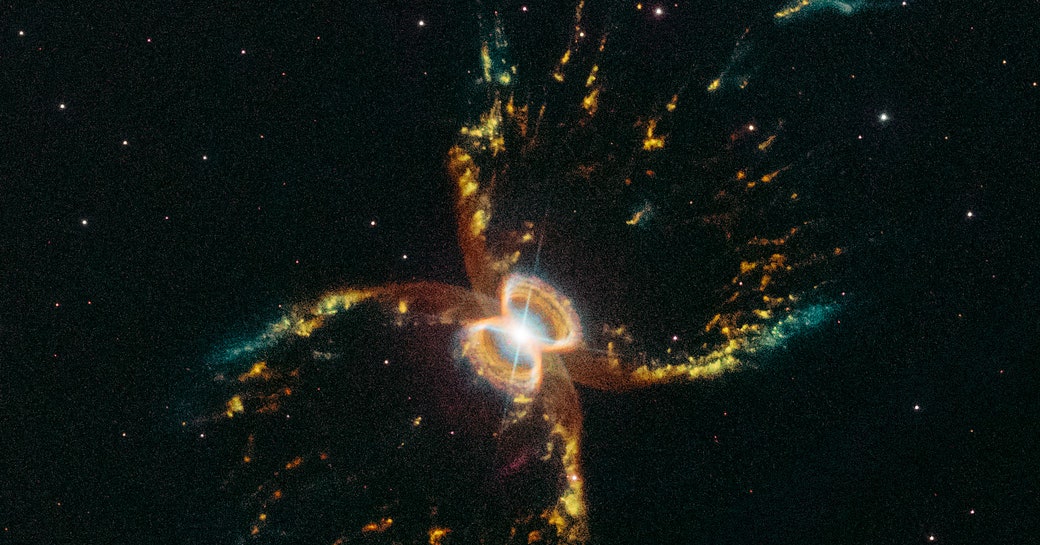 Space Photos of the Week: Hubble Is Crabby Over Its Birthday

This week we’re putting galaxies at center stage. There’s plenty of room; by now you may have heard that our universe is expanding, and will continue to move outward for all of time, until there isn’t any more time. But: In its early days, before the universe began expanding, it was much more compact. Massive objects like galaxies were much closer together, and as a result often collided or gravitationally bumped up against one another, creating just enough of a kerfuffle to throw their structures into disarray.

One galaxy bearing these wrestling scars is NGC 4485. Millions of years ago, it got a little too close to a much smaller galaxy, which gravitationally nudged a bunch of galactic material loose, generating a pretty stunning explosion of new stars. The scene we see here contains the original spiral galaxy, the violent interloper, and the colorful cluster of new stars, making for a breathtaking photo.

Our next stop is at something called a diffuse galaxy. Imagine traveling through the universe in your space pod, and stumbling on what looks like a massive galactic light bulb. This glowing beauty NGC 3384 isn’t like most galaxies, with a mix of mature stars and new stars, but is filled with nearly dead stars. The show, as we know, must go on, but at some point it does have to end.

Not ready for the final curtain in space? Check out WIRED’s full collection of photos, here .