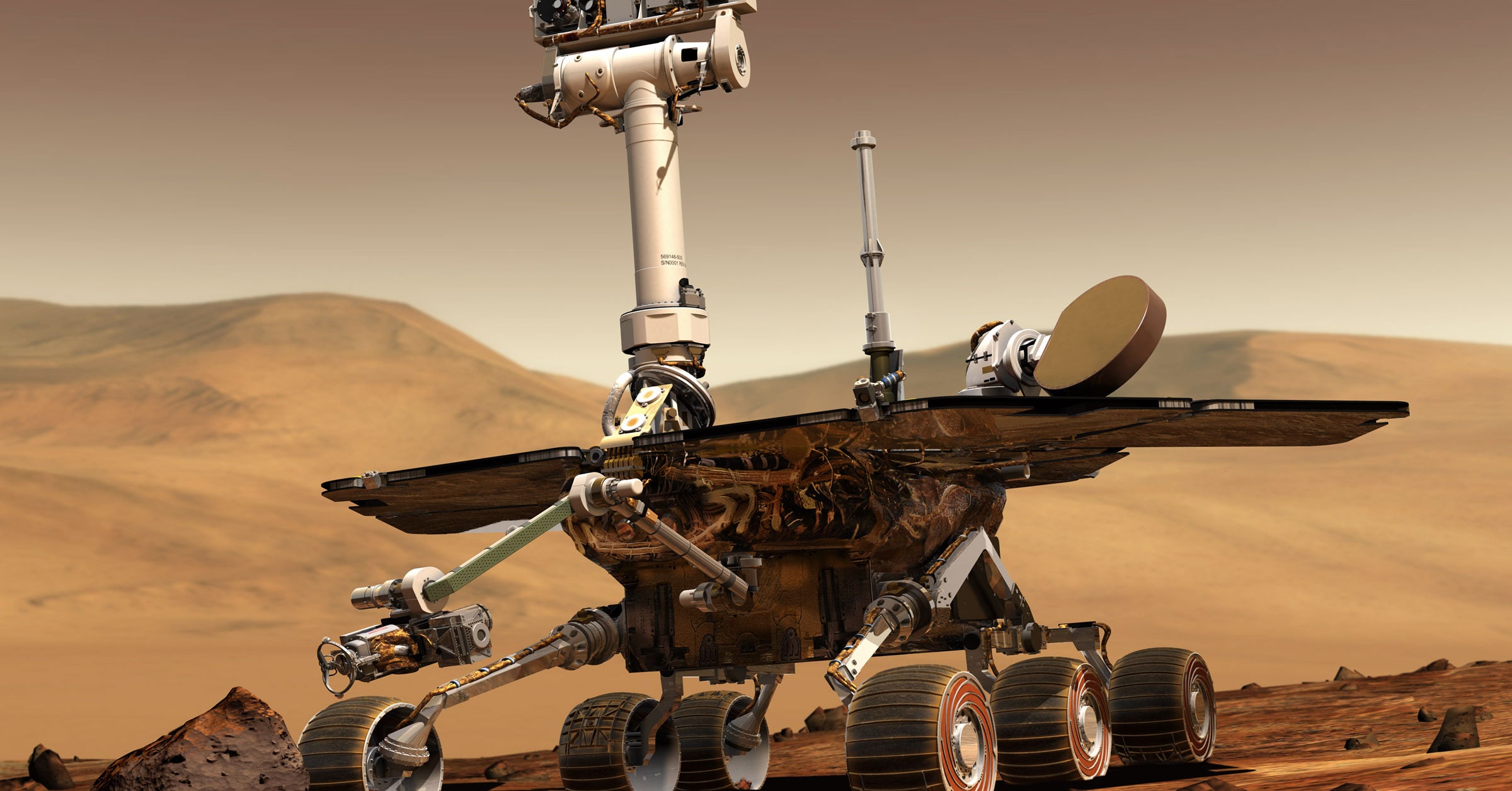 R.I.P., Opportunity Rover: the Hardest-Working Robot in the Solar System

Space, you’re such a mysterious mess. Science has barely begun to explore a universe brimming with befuddling objects, planets, and galaxies. You’ve got imploding stars that blow away everything around them, and others that balloon out in a relatively quiet death. For this week’s space journey, we’re examining some new and strange places—plus one we’ve been looking at our entire lives.

Humans last stepped foot on the moon in 1972, as part of the Apollo 17 mission. That mission included Harrison Schmitt, the first geologist to ever walk on the lunar surface. Schmitt and the crew brought home 800 grams of lunar rocks, but not all of these samples were available for research. NASA saved them until new technology could be developed that would yield more advanced scientific results. Just this week, NASA announced it would crack open some of the last sample containers for scientists. We might run out of rocks before we’ve answered all the questions we have about the moon, but at least we know where to go if we need more.

Over on Mars, we’re not sure what to make of a bizarre feature called “brain terrain,” similar in appearance to the gray matter in our heads. Ice underground may be skipping the liquid stage and sublimating straight to its gas phase, but if that were happening, we’d be seeing changes in the landscape, and scientists can’t detect any. What a brainteaser!

We’re not done with the red planet yet: We now can see the final image the beloved Opportunity rover took before powering down for good. The rover’s mission came to an end last summer after a massive dust storm darkened the Martian skies, robbing Opportunity of sunlight. This panorama shows Perseverance Valley, the rover’s final resting place.

Speaking of going out with a bang, we visit two galaxies that have spent the past several million years colliding with each other. Once their stars realign, they will become one single galaxy for future telescopes to gaze at—order out of seeming chaos.

Space may be complicated, and maybe that’s why we can’t look away. Pore over WIRED’s full collection of photos here.