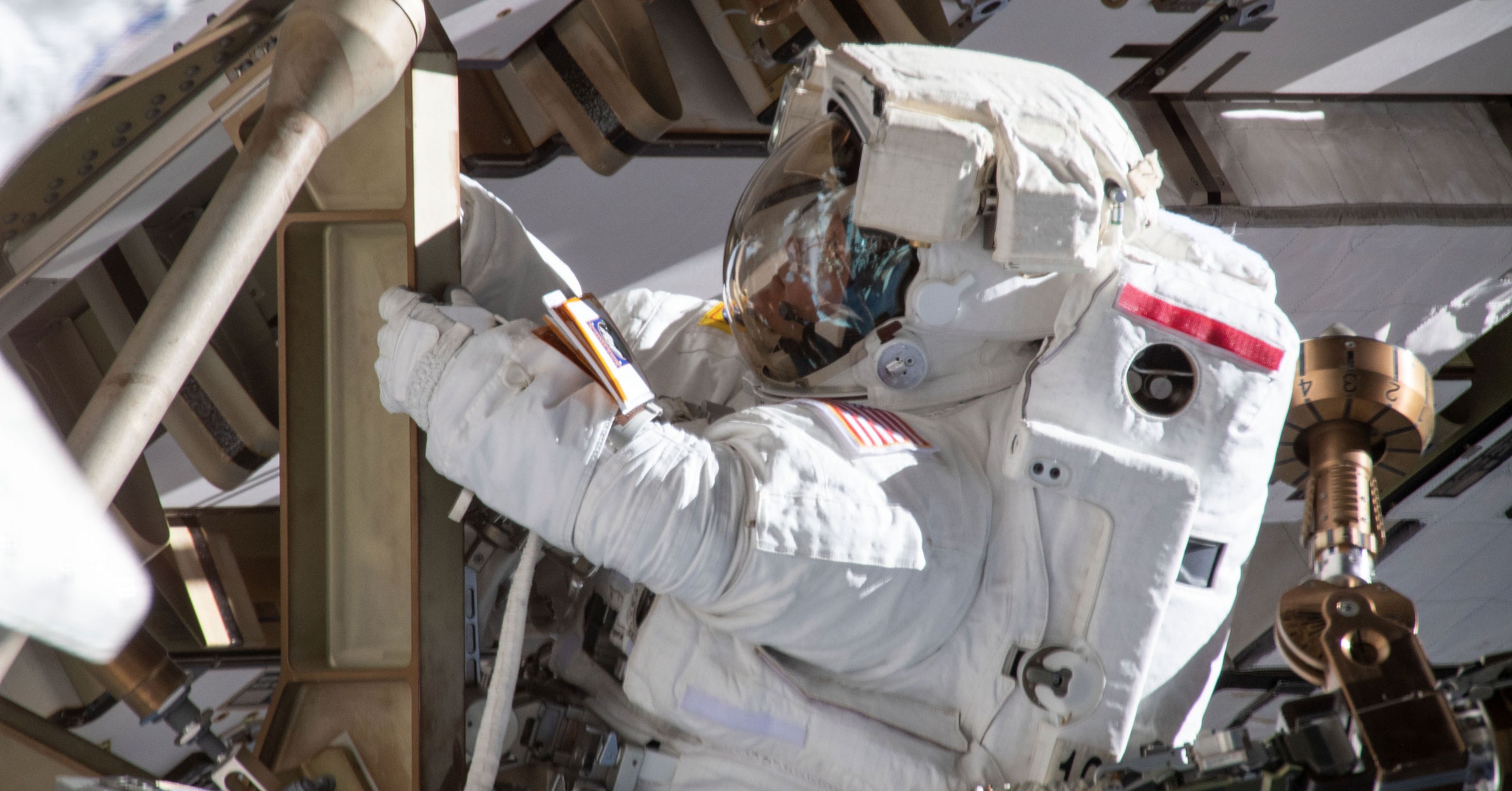 The Failure of NASA's Spacewalk Snafu? How Predictable It Was

Last month, a journal published an n-of-one experiment of unusual origin. It was the study comparing astronaut Scott Kelly’s physiology to that of his Earthbound identical twin brother, Mark. During his time on the International Space Station, Scott gathered reams of data on his own health and took hundreds of samples of his own stool, urine, and blood, for comparison later to those of Mark.

The results were surprising: Thousands of genes that remained dormant in Mark were activated in Scott, who also experienced significant changes in his microbiome, telomeres, arteries, immune system, and cognitive performance. Most of the physiological changes experienced by Scott reversed themselves when he returned to Earth, but a few did not. The problem now is that to explain any of what happened to Scott’s body in space, researchers need more data. Having a sample size of one, aside from limited data from past missions, leaves scientists with little sense of why these changes occur. Space being space, getting that extra information is hard.

To that end, SpaceX is expected to soon launch a Dragon cargo capsule that will contain, among other things, four microchips embedded with living human cells designed to model various aspects of human physiology. The research teams behind these so-called organs on a chip hope they will shed light on how astronauts’ bodies react to space travel at the cellular level and hasten the discovery of novel medical treatments on Earth. The launch, which has been delayed a few times already, is currently scheduled for 2:48 am ET.

Organs and tissues on a chip replicate human physiological function at the cellular level and are designed to make studying those processes easier than in actual humans. The chips are transparent and consist of small channels lined with living human cells specific to the organ being modeled. Unlike traditional cell cultures, they are also able to mimic some aspects of an organ’s environment and biomechanical properties—the push and pull of a beating heart, the expansion of breathing lungs, the pressure of arteries, and the warmth of the blood that courses through them. Because organ and tissue chips are relatively cheap and experimenting on them isn’t limited by ethical considerations, researchers can, for example, use them to test new drugs or intentionally infect them to study the onset of disease.

In 2016, the National Institutes for Health partnered with the ISS National Lab to launch the Tissue Chips in Space program. The following year, the NIH granted a total of $6 million to five research projects that would study how microgravity affects the human body by sending organ and tissue chips to the ISS. The program’s first payload arrived at the ISS last December, containing a few dozen tissue chips designed to model the human immune system. The next sets of tissue chips modeling the kidneys, bone and cartilage, the blood-brain barrier, and the lungs are scheduled to arrive at the space station in the next few days.

Dan Huh is a bioengineer at the University of Pennsylvania and the lead researcher on the lung tissue chip headed to the ISS. This lung chip models a human airway and will be infected with Pseudomonas aeruginosa, a species of bacteria that had previously been found on the ISS. On Earth this bacteria is usually associated with respiratory infections, which are one of the leading types of illness on long-duration missions to the ISS.

Huh says scientists still know very little about why astronauts’ immune response seems to become suppressed in orbit, and the tissue chips are aimed at building a better understanding of the phenomenon. Recent research found a number of bacteria on the ISS that had developed antimicrobial resistance, so learning how to fortify astronauts’ immune systems is only becoming more urgent. “At this point our hypothesis is that bacterial cells somehow become more virulent in the microgravity environment,” Huh says. “It’s an interesting question for the field, but there’s not much [data] out there, to be honest.”

Understanding the health effects of microgravity will be critical to keeping humans healthy on long duration missions to orbit, the moon, or Mars. But how does sending organs on a chip to space help anyone down on Earth? Lucie Low, the NIH Tissue Chip for Drug Screening scientific program manager, says it’s a question she gets a lot. A main advantage to studying human physiology in microgravity, she says, is speed.

When an astronaut arrives at the International Space Station, their bone density, muscle mass, cardiovascular systems, and immune systems begin to change within days. “The physiological changes in astronauts happens really, really fast, so we can model those in a couple of weeks in microgravity on a tissue chip, but it could take months or even years to clinically manifest here on Earth,” Low says. By running tests in microgravity, researchers can expedite the drug development process to get new treatments into the hands of the people who need them, both on Earth and in orbit.

In addition to Huh’s experiments on respiratory infections, this batch of tissue chips will be examining the formation of kidney stones, testing drugs meant to stop bone loss, and studying how microgravity affects the blood-brain barrier. Four other tissue chips, meant to investigate cardiac function, muscle degeneration, and the immune response in the intestine, are slated to fly to the ISS at an undetermined point in the future. Farther down the road, Low says it’s possible that NASA might even want to create an “astronaut on a chip” by using cells from individual astronauts to study their unique reactions to microgravity before or during long missions.

As with most research that occurs in space, it can be difficult to see how it will ever benefit the overwhelming majority of people who will never experience spaceflight. Yet if NASA’s track record for bringing space technologies down to Earth is any indication, in the future our medicine cabinets may very well be filled with extraterrestrial remedies.

A human mission to Mars could last as long as three years, and in the laconic tones of the twins study, “genetic, immune system, and metabolic functions are of particular concern given exposure to space radiations, restricted diets … disrupted circadian rhythms, and weightlessness.”.