Back in the 19th century, when tractors were still pulled by horses and the word “computer” meant a person hired to carry out tedious calculations, climate science made front-page news.

One European forester remarked in 1901 that few questions had “been debated and addressed from so many sides and so relentlessly” as that of the climatic effect of deforestation. Recalling this crowded, noisy and wide-ranging conflict – a “hurly-burly” over the “climate question,” as the scientist Eduard Brückner called it at the time – reminds us that climate science has not always been the elite, well-mannered pursuit that it is today.

Might this popular, participatory approach have been an advantage? Given the ongoing rise in global greenhouse gas emissions five years after a U.N. report found that humans are “the dominant cause” of global warming, it’s a question worth asking.

The science of climatology is born

As I write about in my book about the history of climate science in the 19th century, the possibility that human actions might wreak havoc with the climate became a widespread concern for ordinary people across Europe, North Africa and the Americas.

Farmers knew intuitively that even a small change in baseline climate greatly increased the risk of extremes, and a single drought could ruin a farming community, even if followed by years of good weather. As one farmer in Central Europe put it in a letter to a local paper, you couldn’t rightly grasp the import of climate change unless you were “dependent on the yield of a few small plots of land,” and until you had “kept a lookout for a hearty rainfall day by day throughout the dry summer for several years, in vain…You must have seen your favorite fruit trees mourning with wilting leaves.” 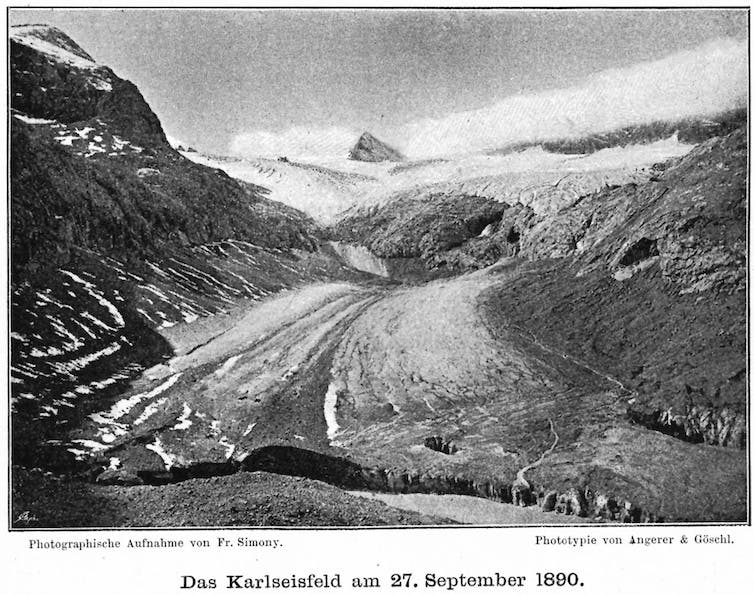 When a dry spell hit, the question of the day was whether man-made changes to the environment, including deforestation, swamp drainage and urban growth, might be robbing the atmosphere of the moisture necessary for agriculture and human health to flourish. The evidence came from historical records of extreme weather events, as well as from newly established experimental forestry stations. It was hashed out in newspapers, town councils and national parliaments, where the trade-offs between conservation and development were likewise up for debate.

In this historical context, the science called climatology developed into a multifaceted research program that offered many different things to many different people. It was, on one hand, an academic field of study, straddling physics, geography and medicine, which investigated the sensitivity of living things to the complex variation of atmospheric conditions across the surface of the Earth.

But it was also a public-oriented enterprise intent on empowering individuals and communities to improve their own health and prosperity. Climatology informed doctors and patients, for instance, about weather that might speed or delay a recovery; it taught engineers about the height of floodwaters and the strength of storms; it offered farmers knowledge of rainfall, extreme temperatures, the length of growing seasons and the frequency of damaging hail. Climatology was a planetary science, yet one that was also intimately concerned with the variability of atmospheric conditions on the scale of a single field of wheat.

What’s more, it was a 19th-century version of what we have come to call “citizen science.” It relied on people of all walks of life to report on the weather and its effects on their health and crops. Farmers and vintners supplied harvest dates to track the seasons from one year to the next, while sailors and fishermen informed early schemes for classifying clouds and winds.

Exchanges like these had far-reaching consequences. They kept scientists’ attention focused on issues of concern to their communities; they inspired experts to clarify their terms in everyday language; they honed the acuity with which the public perceived changes in their natural environment; and they gave rise to vibrant discussions of science in the popular press.

Ultimately, this give-and-take sustained the public’s trust in science. Karl Kreil, the founder of the largest climatological observing network in continental Europe in the 19th century, proudly proclaimed his “dual” identity, both scholar and public servant. His successor, Julius Hann, insisted on the importance of “public feeling” for the science of weather and climate.

The merits of messy science

To a scientist today, this approach may sound unpromising, neither fish nor fowl, incapable of producing a unified theory or yielding reliable forecasts. Indeed, 19th-century climatology has been dismissed by historians as a scientific “backwater,” mere prologue to the modern science of climate that dawned with the computer age.

However, I see the power of 19th-century climatology as lying precisely in its messiness, to borrow a term from Helga Nowotny. Climatology didn’t aspire to become a “pure” science. Indeed, its impurity makes it worth remembering today. As unruly as it might appear to scientists of the 21st century, its multifariousness seems altogether appropriate to a subject as complex as the Earth’s climate. Climate change is not one phenomenon but many, and it means different things to different living creatures. It is a catastrophe unfolding at different spatial and temporal scales, from the distant to the here and now. It demands not one way of knowing but many.

The principal virtue of the messy and often cacophonous field of 19th-century climatology is what philosophers of science call pluralism. This means pursuing not a single, all-encompassing theory, but a multiplicity of perspectives that cannot be unified, but only loosely coordinated.

Encouraging scientific pluralism makes sense for a democratic society that acknowledges that different observers inevitably see things differently, and that alternative perspectives, if held to appropriate standards of rigor, may shed important light on scientific questions. The advantages of pluralist science include its flexibility when confronted with new evidence and its capacity to learn from multiple frameworks, even if those frameworks cannot be reconciled with each other.

By contrast, over the past 30 years, climate scientists have responded to political controversy by pursuing monism, or a single unified approach. In the face of skepticism, they have, understandably, prioritized consensus-building.

They have done so largely by means of “integrated global assessments,” such as the work of the Intergovernmental Panel on Climate Change. These have involved bodies of experts charged to reach agreement on a narrow set of questions, which they typically accomplish by reducing their statements to the vaguest, blandest terms. These experts have tended to come from the physical sciences and economics, to the exclusion of many other relevant disciplines; and they have been overwhelmingly white, male and European or North American.

Consensus-building has also rested on one particular form of knowledge: predictive modeling. What counts as evidence has narrowed to mean only what can be fed into a computer model that simulates the effects of a warming planet, even when it comes to describing the subtle interactions between environmental and social change. Even here, diversity has been minimized, as researchers have concentrated on elaborating the complexity of only a small number of models.

The consensus-building approach of recent climate science has successfully established anthropogenic climate change as an indisputable fact. But it has failed to translate that knowledge into action.

The solution may lie in a return to pluralism. In talking with scientists, I have found that some of them feel that monism has failed them. Instead, they are pinning their hopes on new forums that promise to integrate a wider array of disciplines and draw stakeholders into the research process. These initiatives take a collaborative, iterative approach to knowledge-making, one that allows policymakers, entrepreneurs, indigenous communities and other concerned citizens to help shape the course of research.

Examples include the Initiative on Extreme Weather and Climate, which works with city governments and insurance companies to assess risks and develop adaptation strategies, and the Green-Win project, which coordinates dialogue among a variety of constituencies in order to develop green-growth plans that work for everyone. In another example, one scientist working with the project Transforming Climate Knowledge with and for Society is revising the scientific definition of the monsoon season in Bangladesh to better reflect locals’ experiences of it.

Implementing initiatives like these means resisting the pressure of monism, and it isn’t easy. As one of Green-Win’s leaders, Jill Jaeger, remarked to me, “People don’t know how to have a dialogue any more.” My hope is that the case of 19th-century climatology will remind us what a genuine dialogue looks like.