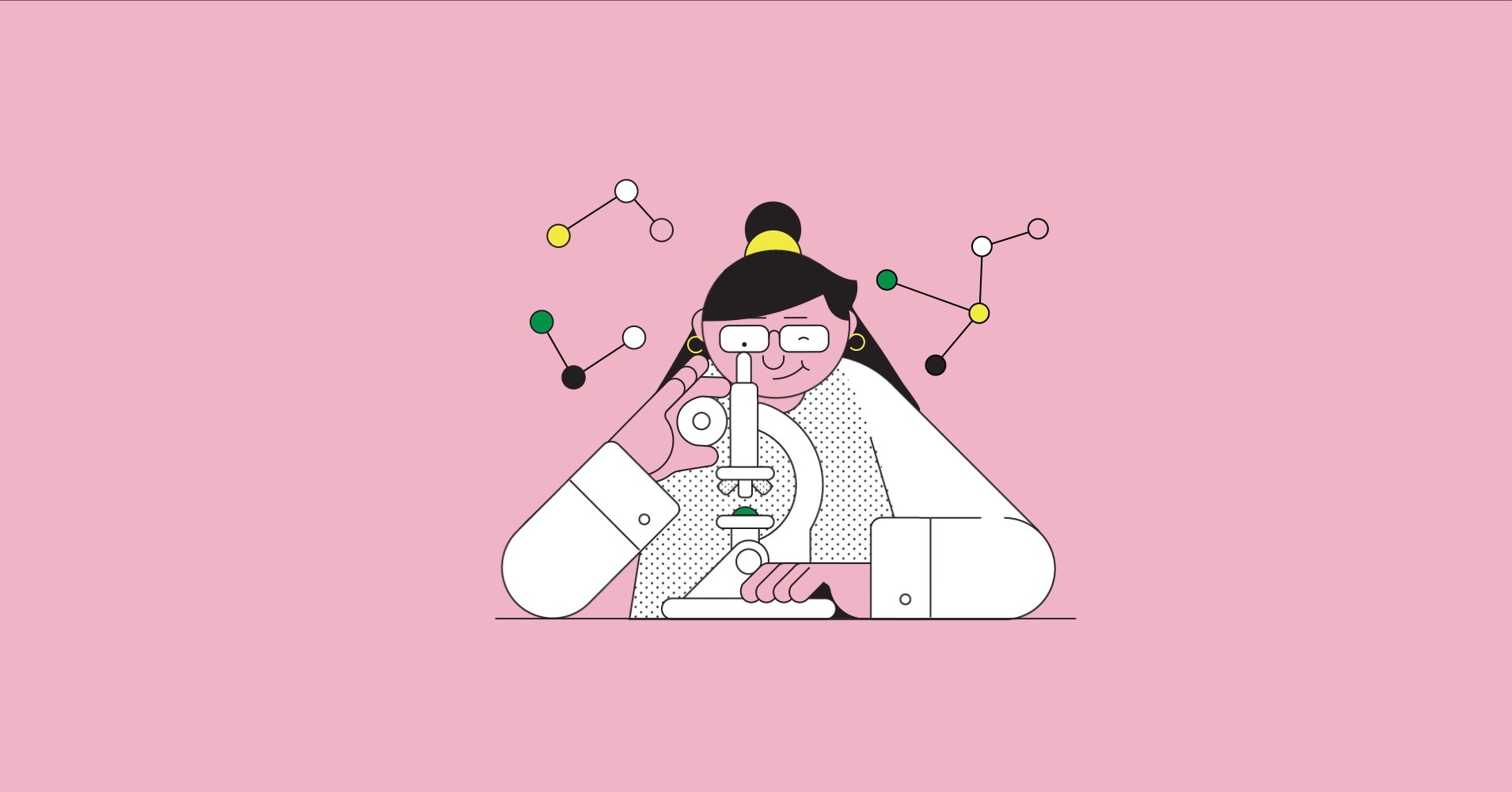 In an airy Denver cafe populated almost entirely by young people staring at laptops, Travis Tyler Fluck—dressed in an orange velour jacket, over which is draped a thin braided lock of hair—takes out his phone and pulls up Craigslist. A quick search lands him on a post advertising $10 magic mushrooms, with a poorly lit photo of said mushrooms. A good deal for anyone but Fluck, who helped lead the ballot campaign to essentially decriminalize magic mushrooms in this city by making enforcement an extremely low priority, a measure that passed by the slimmest of margins early last month.

Instead of reaching out to the seller, he flags the post. After all, the measure says you can grow and possess mushrooms for personal use, but that doesn’t mean you can sell them. Selling on Craigslist is a bad look for a measure that a small majority of voters approved.

Kevin Matthews—director of Decriminalize Denver, which led the ballot campaign—arrives and sits down on a couch opposite Fluck, who shows him the post on his screen.

“Good,” says Kevin, who has used mushrooms, aka psilocybin, to treat his depression. “Have you noticed an uptick?”

“No,” Travis says. “I think there might be other people doing the same thing I'm doing and flagging them. We were like, Oh we should totally follow up with them and meet them. But I don't have time for that.”

Welcome to a murky new front in the war to bring psychedelics out of the shadows and into both legal recreational use and professional drug-assisted therapy. In recent years researchers have shown that psychedelics like mushrooms and LSD appear to treat a range of disorders, including depression and PTSD. The paradigm is so promising, in fact, that the FDA has granted MDMA breakthrough status in phase 3 trials, thus fast-tracking the approval process. Psilocybin itself is undergoing two separate clinical trials.

Meanwhile, the psilocybin decriminalization movement is snowballing at an incredible clip. Last week, the Oakland, California city council voted unanimously to decriminalize a range of psychedelic plants, including mushrooms and cacti. And Oregon is considering a measure in 2020 to allow access to “guided psilocybin services,” while lowering penalties for possession.

The concern, as Michael Pollan—author of How to Change Your Mind, a recent book on psychedelic science—expressed in an piece in the New York Times last month, is this: The accelerating movement to decriminalize psilocybin risks a political backlash, which could derail that promising research. “It would be a shame if the public is pushed to make premature decisions about psychedelics before the researchers have completed their work,” he writes.

Taking too much psilocybin won’t kill you, but you can certainly overdo it and put yourself in danger. And we need far more research on how psychedelics might affect different individuals, especially those with serious conditions like schizophrenia.

How quickly is the push to decriminalize psilocybin progressing, exactly? So quickly that it’s even surprised psychedelics advocates. “The fact that it's happening so fast is kind of amazing,” says Brad Burge, spokesperson for the Multidisciplinary Association for Psychedelic Studies (aka MAPS), which leads studies of psychedelic therapies, including the aforementioned MDMA trial. “Here we have some of the very first policy measures ever to be proposed around the decriminalization of psychedelic substances and they're passing. This is so surprising, I've only just had a chance to start thinking about it.”

MAPS wants to realize the legalization of psychedelics for adult use. But it’s not so simple as legalizing and calling it a day.

“While it's definitely exciting, we also want to make sure there are notes of caution and there's adequate public education around the risks,” says Burge. When MAPS does psychedelic studies, the patient is under the constant supervision of therapists, who talk the subject through the experience. They’re free to move at their own pace and talk about past traumas, for instance. It’s a safe, comfortable, highly moderated space for a journey that can be jarring. Out in the wild, that experience may be harder to control.

Matthews and Fluck very much respect the power of psilocybin. So as a next step in Denver, they're ramping up education for first responders and city officials and users. “In particular working with law enforcement, and if they need more training on things like harm reduction,” says Matthews. “Like how to actually work with individuals who are under the influence, versus seeing that person as a threat and potentially giving them an injection of something to calm them down and strap them to a gurney with handcuffs. That doesn't help that person.”

In Oakland, the city government is going even further in its push to bring psilocybin into the mainstream. When its city council voted last week to decriminalize, it did so without pushback from local law enforcement, says councilmember Noel Gallo, who introduced the resolution.

“The police were very receptive, and did bring up: well probably in a year's time they've only dealt with 25 cases when it comes to psychedelic plants,” Gallo says. “But we all agree that's not a priority any longer. We have plenty of serious crime issues on our streets.”

It’s important to note that decriminalization in Oakland and Denver does not mean legalization, as both of their states have done with cannabis—police are just instructed to make psilocybin a low-level priority. In the eyes of the state and federal governments, this remains an illegal drug. You can possess psychedelic mushrooms for personal use, but you can’t go around selling mushrooms, on Craigslist or otherwise.

That is, at least not yet. “I think we're headed in the direction of how do we make this more available to the public?” says Gallo. “And I think that's where we're going to wind up in a year. Maybe our next move is we can market the product, sell the product, create different businesses out of these native plants.”

Which seems like it might attract regulatory ire. But then again, this is exactly how marijuana decriminalization started in the western US—though it’s worth noting that weed and psilocybin are two very different drugs with different risks. Indeed, Matthews and Fluck modeled their ballot measure after the one that decriminalized cannabis in Denver in 2005. “Oakland was also the first city to decriminalize, tax, and regulate marijuana, well before they could actually implement it,” says Burge. “Sure you could open a storefront and the city police aren't going to bother you, but a federal agent could come in there at any moment and put you in jail.”

With that precedent comes a familiar tension: Prohibiting cannabis use has made it excruciatingly difficult for researchers to study the drug. Marijuana doesn’t come without potential harms, one concern being something called cannabis use disorder, in which around 9 percent of users develop a dependency . But we don’t know a lot about that—much to the detriment of the public—because the government makes it as hard as possible to study such things.

Same goes with exploring the potential therapeutic charms and risks of LSD and MDMA and psilocybin. “It's a tension that plays out across medical marijuana, just as it does across medical psychedelics,” says Burge. “MAPS, for our part, we want to see legalization. We want to see legal adult use, and we want to see it available for use in therapy—with the very large asterisk that we need also to have this public education and enough research to know who it's good for, who shouldn't take it and who should.”

Whether the decriminalization of recreational use interferes with the research side of things remains to be seen. “Regardless of what Michael Pollan thinks, ballot initiatives are moving forward, and there's nothing stopping this,” says Matthews. “So what's important here is we're staying in communication and working with the researchers too.

“It's a small enough of a movement that we can all be connected and collaborate,” he adds. “At the end of the day, Denver is the first domino.”

But his doctors are aware and supportive of his psychedelic drug use, he says, which may legally exempt him under the federal Right To Try Act for terminally ill patients, signed by President Trump last May. Indeed, magic mushrooms are having a therapeutic moment.