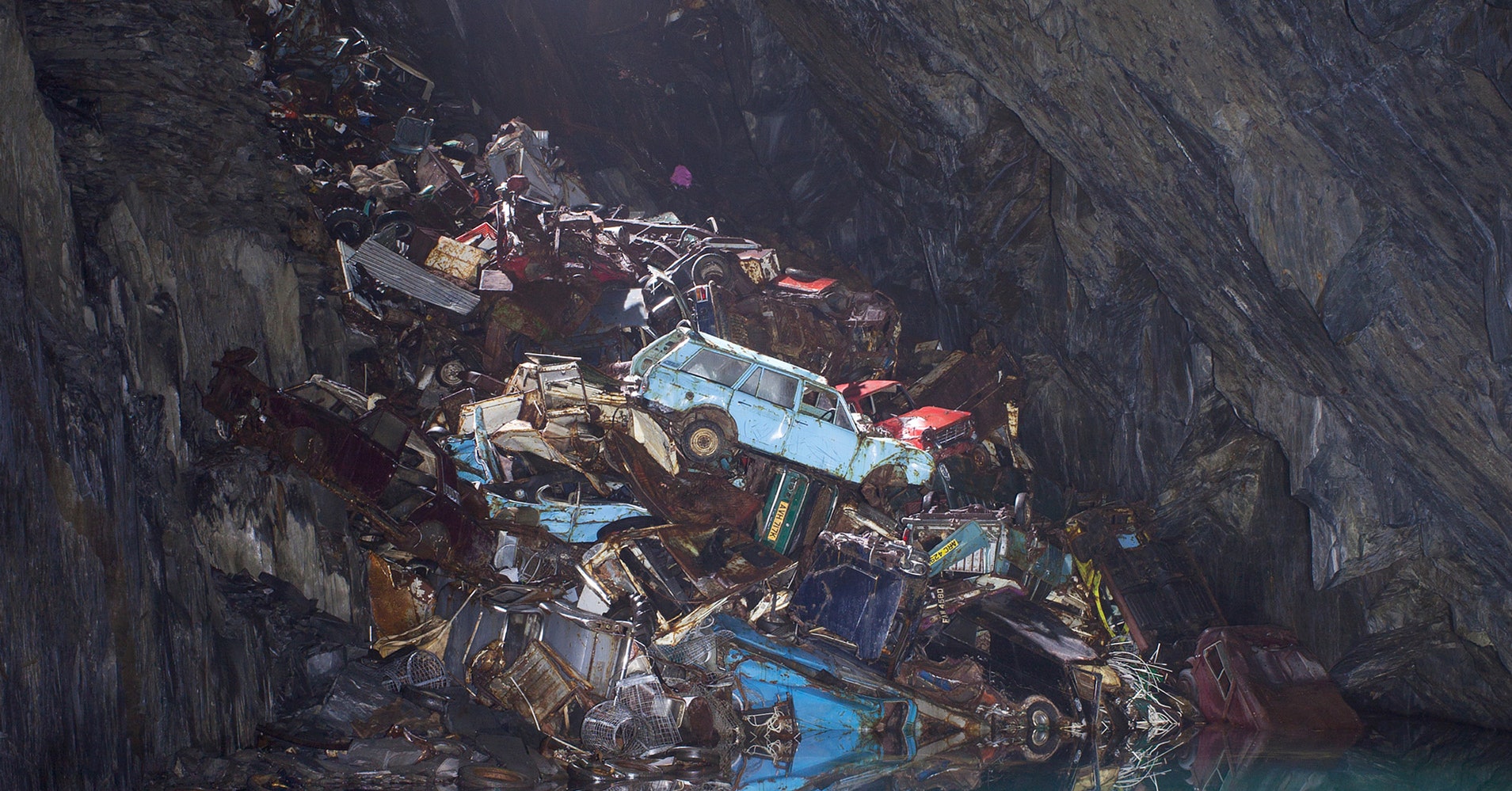 The Intricate, Unintended Beauty of Factories and Labs

Like many people, Alastair Philip Wiper grew up thinking factories were ugly. Sure, they made his clothes, shoes, and eventually booze. But the best had all the visual pizazz of an oversized cardboard box. The worst were dismal eyesores, obliterating views and puffing smoke.Then in 2012, he saw some photographs that changed his mind. Made by 20th-century industrial photographers Wolfgang Sievers and Maurice Broomfield, they depicted assembly lines, grinding mills, and ore crushers the way other photographers did sunsets and waterfalls. The crisp lines, graphic shapes and hypnotic repetition mesmerized Wiper—and showed him in a flash what he wanted to do with his life.

“Can it be used on my 13-year-old daughter?” one customer asks about a product called “Nose Up Lifting Magic Nose Shaper Clip Beauty Nose Slimming Device Pain Free High Up Tool.” The seller’s answer?

Inside the Factory Where They Make ‘Tulip Pork Luncheon,’ the Danish Spam

“It was a new world to me,” Wiper says, speaking about the genesis of his new book Unintended Beauty. “I just kind of went at it like a kid that discovered something new.”Wiper didn’t know a piston from a pulley—much less how to talk his way into a factory. He called Toyota’s helpline and asked a puzzled customer service agent who to speak to, but that “didn’t get anywhere fast.” Eventually a family friend let him inside their small printing company near London. Its white paper reels, roller ink, and metal cylinders provided enough photographic fuel to launch a career so prolific that Wiper himself has come to seem like a machine.

He’s visited 125 facilitiies in 25 countries, watching vinyl pucks get pressed into records, lunchmeat stuffed into cans, and silicone molded into sex dolls. Since factories don’t hold a monopoly on gorgeous machinery, he’s also traveled to scientific research and test facilities around the world to document roaring wind tunnels, electromagnetically quiet anechoic chambers, and a space simulator that produces an atmosphere one billion times thinner than Earth’s. “People have questions, and they build machines to answer them—whether it’s ‘How do we make sausages?’ or ‘What’s out there in the universe?’” he says.

Entering such hallowed (and often sterile) turf requires the appropriate vestments, from beard nets and white smocks to safety goggles and hardhats—worn backwards not to look cool, but so Wiper can see through his viewfinder. He shoots with a DSLR, tripod, and shutter release, exposing each scene between half a second to five seconds to compensate for bad lighting (which Wiper doesn’t think is bad—“I quite like fluorescent lights,” he says).His spellbinding images are packed with machinery and infrastructure so complex it seems alive, from knitting machines with enumerable arms to solar furnaces that look like giant compound eyes—more Roald Dahl than Charles Dickens. Their pleasing geometry, polished surfaces, and Lego-bright colors mix in a way you don’t often see in the natural world, though they flow from the same logic that orders everything else. As theoretical physicist Marcelo Gleiser writes in the book’s forward, the laws of nature are “encoded into the very machines we create to explore and exploit it.”

Tour the Factory Where Bentley Handcrafts Its Luxury Rides

Though the Crewe factory employs just one robot —a rather disappointing rig that applies adhesive to windshields—it has automated sleds shuffling assemblies down the line, high-tech analytical gear for developing new materials, and several computerized leather cutters that map out all the bits and pieces for seats, steering wheels, and door panels that they can extract from a single hide, leaving just wispy remnants to go into the recycling.

But this “unintended beauty” also comes with unintended consequences, from pollution to global warming. They contribute to the common perception—which Wiper once shared—that factories are inherently ugly. As George Orwell noted, “A belching chimney or a stinking slum is repulsive chiefly because it implies warped lives and ailing children. Look at it from a purely aesthetic standpoint and it may have a certain macabre appeal.”

It’s a dichotomy Wiper thinks more and more about these days. “I’m celebrating the human ingenuity going into these places, but I’m not a climate change denier," he says. "Visiting them has just made me more confused.”

Maybe that confusion is good. It acknowledges complexity, making Wiper’s photos more than just eye candy. They expose viewers to the surprisingly stunning processes that meet their daily needs and desires—and in the process, might inspire them to think more deeply about their own consumption.