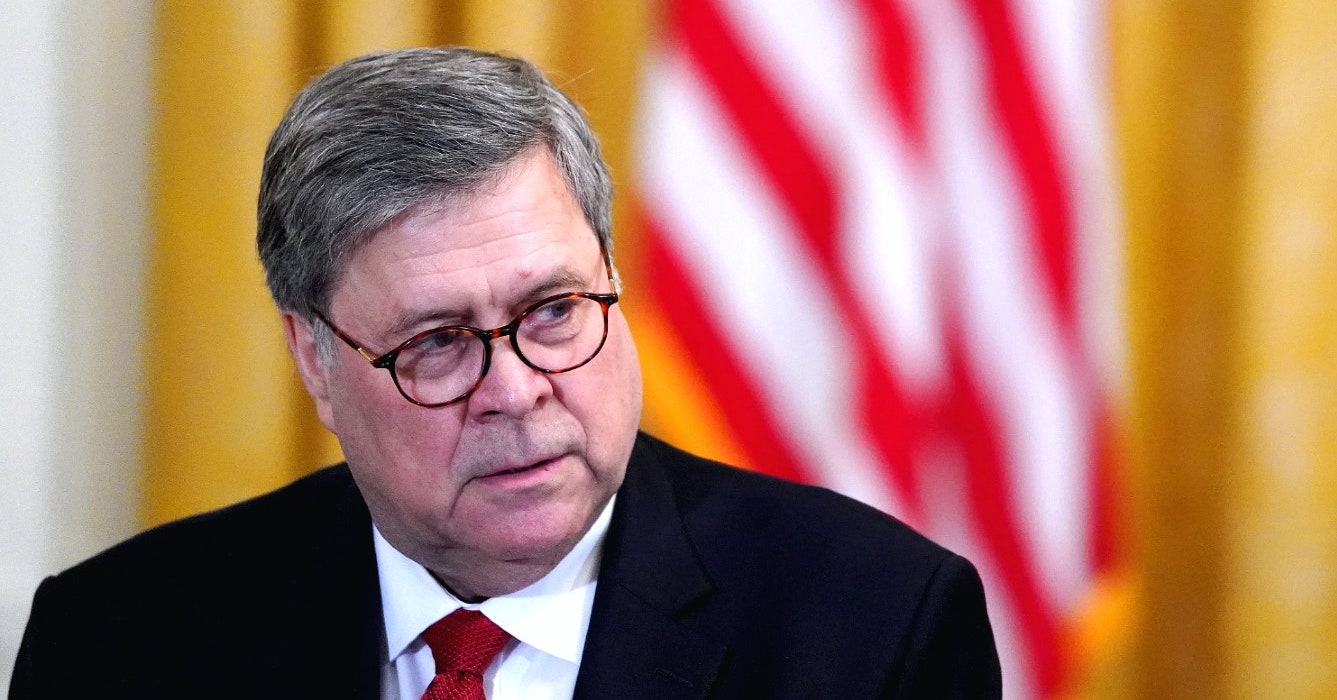 On March 22, special counsel Robert Mueller turned in his long-anticipated report on Russian interference in the 2016 election—and the question of whether President Donald Trump obstructed justice. Now you can read the whole thing for yourself. Or at least what’s left of it, after attorney general William Barr’s redactions.

Barr had initially released a brief summary of the report’s key findings in a four-page letter he sent to Congress on March 24. His takeaway: The Trump campaign did not coordinate or conspire with Russia, and there was not sufficient evidence to charge Trump with obstruction of justice.

He expanded on those initial thoughts in a remarkable press conference Thursday morning, repeatedly stating that the Mueller report "found no evidence" of collusion between the Trump campaign and Russia. Barr also confirmed that Trump's legal team had the opportunity to read the report in advance. He further said that investigators had identified 10 incidents related to potential obstruction of justice.

"The deputy attorney general and I concluded that the evidence developed by the special counsel is not sufficient to establish the president committed and obstruction of justice offense," Barr said Thursday, adding that they "disagreed with some of the special counsel's legal theories." The attorney general went so far as to describe Trump's probable state of mind at the time, implying that it was exonerating: "The president was frustrated and angered by his sincere belief that the investigation was undermining his presidency, propelled by his political opponents and fueled by illegal leaks."

Within all of these determinations and comments lurk a number of questions that can only be answered by the report itself. What evidence did Mueller have in mind when he wrote, as Barr told Congress, that “while this report does not conclude that the President committed a crime, it also does not exonerate him”? Why did some of Mueller’s team reportedly bristle at Barr’s characterization of their work? How much of the report would Barr redact? You can find out for yourself by reading through the full Mueller report here.

The answer to that last one, at least, is evident from a simple scroll. Barr had set himself wide latitude for his redactions, citing four categories of information he would strike from the report. Anything relating to grand jury proceedings—which led to a host of indictments —is off limits, as is any sensitive information that might reveal the sources and methods of the intelligence community. Barr has similarly indicated that he’ll redact anything that could affect ongoing cases, of which there are several; Mueller referred multiple investigations to prosecutors in the Southern District of New York and elsewhere. The final class of redactions was also seen as potentially the most controversial: Barr said that he would take the proverbial black marker to anything that could “unduly infringe on the personal privacy and reputational interests of peripheral third parties.”

Contrary to previous reports that the Mueller report was "lightly redacted," you can see whole pages obfuscated here, with some sections—like those relating to Roger Stone, the subject of an ongoing criminal investigation—receiving more scrutiny than others. At least, though, the report specifies the reason behind each redaction: harm to ongoing matter, grand jury, investigative technique, and personal privacy. The bulk seem to relate to grand jury information, which Democrats in Congress will likely attempt to see under power of subpoena.

It will understandably take time to sort through all 448 pages of the Mueller report. The investigation itself comprised over 2,800 subpoenas and nearly 500 search warrants. Mueller and his team interviewed 500 witnesses, and made 13 requests to foreign governments for assistance. It’s a lot.

President Trump's lawyers are expected to release a rebuttal to the redacted report in the next few hours.

But in some ways, Mueller’s most important findings have been in plain view all along. The special counsel’s office has produced thousands of pages of court documents, including intricately detailed indictments that have shed light on Russian intelligence and misinformation operations , financial malfeasance of all stripes from Trump campaign associates, and more. In doing so, he has already painted a portrait of the most corrupt, criminally liable campaign in modern US history.

The final Mueller report doesn’t somehow negate those findings. In the portions Barr has let the public see, though, it does illuminate previous blind spots. Those newly revealed details may not have risen to the level of prosecution, but they do give Congress—and voters—a much clearer idea of who is in the White House, and the means by which he got there.

This is a developing story.