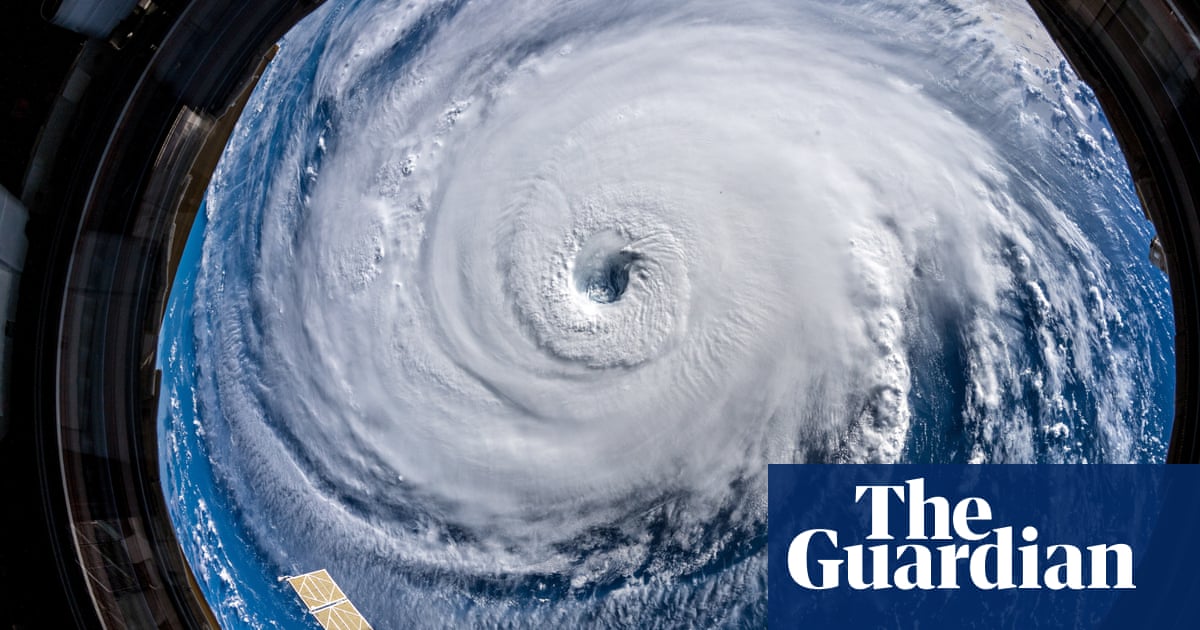 If all does not go well this weekend, Tropical Storm Barry will spin into the city of New Orleans, bringing with it (according to the National Oceanic and Atmospheric Administration) life-threatening storm surge, 40 mile-per-hour winds, and perhaps as much as 25 inches of rain. Barry is a lumbering brute; forecasters expect it to linger.

Early coverage of the oncoming storm has focused, understandably, on the seemingly tenuous state of the levees alongside the Mississippi River . Swollen by floods in the Midwest this spring, the river is nearly 17 feet above sea level, and NOAA expects it to briefly go higher still when the river meets Barry’s storm surge. But the real worry in New Orleans right now, and all along the Gulf coast, is rainfall. More than two centuries of trying to control the Mississippi with engineering and trying to protect New Orleans from floods and storms has made the city more vulnerable to severe weather—which is exactly what gets more likely with climate change .

Levees along the Mississippi and its intersecting rivers, as well as channels for navigation and all kinds of other engineering, make the river as important to North America’s economy as it is to the continent’s hydrology. But they also keep sediment—mud, basically—from flowing all the way down the river and replenishing the Delta, where it would have formed protective wetlands that could stand against hurricanes and storm surges. So to keep the cities of the Delta safe, the government built a whole other system of levees, gates, and pumps to keep that stormwater out.

It’s probably worth mentioning at this point that the city of New Orleans actually sits below sea level, by about 14 feet.

Hurricanes and floods are, in the parlance of risk and catastrophe , a hazard. Thanks to the way Earth moves as it tumbles through space, the thin bubble of moist gas that adheres to the planet and keeps everything on it alive also gets stirred up once in a while, in the same place and at roughly the same time of year. A disaster, on the other hand, is when a hazard actually happens, and intersects with whatever humans have built, or left unprepared. Climate change and the centuries-long attempt to tame the Mississippi River and protect the city at its mouth are what make Tropical Storm Barry a potential disaster-in-waiting.

The French founded New Orleans in 1718, 14 city blocks (each surrounded by a drainage ditch) coaxed out of wetlands between the Mississippi River and Lake Pontchartrain. About a year later, the city flooded, and New Orleans’ engineers went to war. The enemies were on every flank: the river, the lake, and the hurricanes that rolled in every summer from the Gulf of Mexico. New Orleans deployed levees and canals, state-of-the-art hydrogeological defenses that contained the river, forcing it ever higher and narrower and cutting off the supply of silt that once rebuilt the delta as the sea eroded it.

Meanwhile the city drained and dewatered itself to build bigger. Wetland turned into neighborhoods. But when you take water out of shallow, muddy, coastal land you expose the organic muck buried there to the air. It oxidizes and disintegrates. The soil literally disappears. Pumping out groundwater deflates it even further. The Mississippi has rarely flooded the city in its history, but storms do it on the regular.

New Orleans started losing this war almost immediately; a hurricane in 1722 wiped most of the town off the map. They built it again. Almost yearly, hurricanes took bites out of the growing trade nexus. A government report in 1852 pitched the construction of levees to contain the river, even though some people thought even then that levees would make floods rarer but all the worse when they happened . A 1927 flood on the lower Mississippi killed 1,000 people and came along with rainstorms that flooded New Orleans proper; that’s when the US Army Corps of Engineers took over the defenses. The Corps has been fighting the weather ever since.

They—and we, and everyone else—should’ve been fighting climate change. Climate change increases the risk of storms, maybe not because they get more frequent (researchers still argue about that), but because the storms get more intense. They get bigger faster and drop more water, and it’s possible that the very shape of a city, with tall buildings and very little permeable surface, helps hold storms in place overhead like a blue marlin caught on a line. So the conditions that the Corps built systems to protect against aren’t the conditions cities along the Gulf of Mexico actually face.

Newer projections for where the storm will actually go say that the surge pushing up the river won’t raise levels to more than 19 feet. That’s unseasonably, collar-tuggingly high, but it’s not 1927-flood high. The surge could hit the entire coastline, four or five states, perhaps as much as three feet in some places. But it’s not the biggest problem. “That storm surge is going to be in and out within a day,” says Kai Roth, a hydrologist at the National Weather Service’s Lower Mississippi River Forecast Center. “The main concern is just the sheer volume of rainfall that’s going to be produced from this system.”

The natural protections are gone; the human-made protection systems all have their limitations. Walls keep the Mississippi in check, until they don’t. Walls keep storm surge out, but also keep rainfall in. Pumps are supposed to get rid of that, but as happened earlier this week, an intense, high-magnitude, high-volume rainstorm can overwhelm them. “Every bit of that rain, they have to lift up in pumps. It’s not going to drain,” says Bob Criss, a hydrogeologist at Washington University in St. Louis. “It’s going to collect in the lowest parts of the city, and they’ve got to lift every goddamn bucket up and throw it over the sea wall.”

Climate change researchers often distinguish between mitigation—cutting greenhouse gas emissions—and adaptation. The latter includes everything from building seawalls to moving infrastructure to higher ground, or limiting construction to places that aren’t likely to flood or burn.

New Orleans was founded upon adaptations to local climate conditions. But the adaptations haven’t kept up. New Orleans’ port, seventh largest in the US by tonnage, has to close for storms of this size. A statewide project in Louisiana is working on bigger solutions to restoring the protective watershed. That’s all good, but it has to come along with reductions in carbon emissions, or every new technology will just be a retreat. New Orleans is one of North America’s oldest existing cities, but that doesn’t mean it’s immortal.