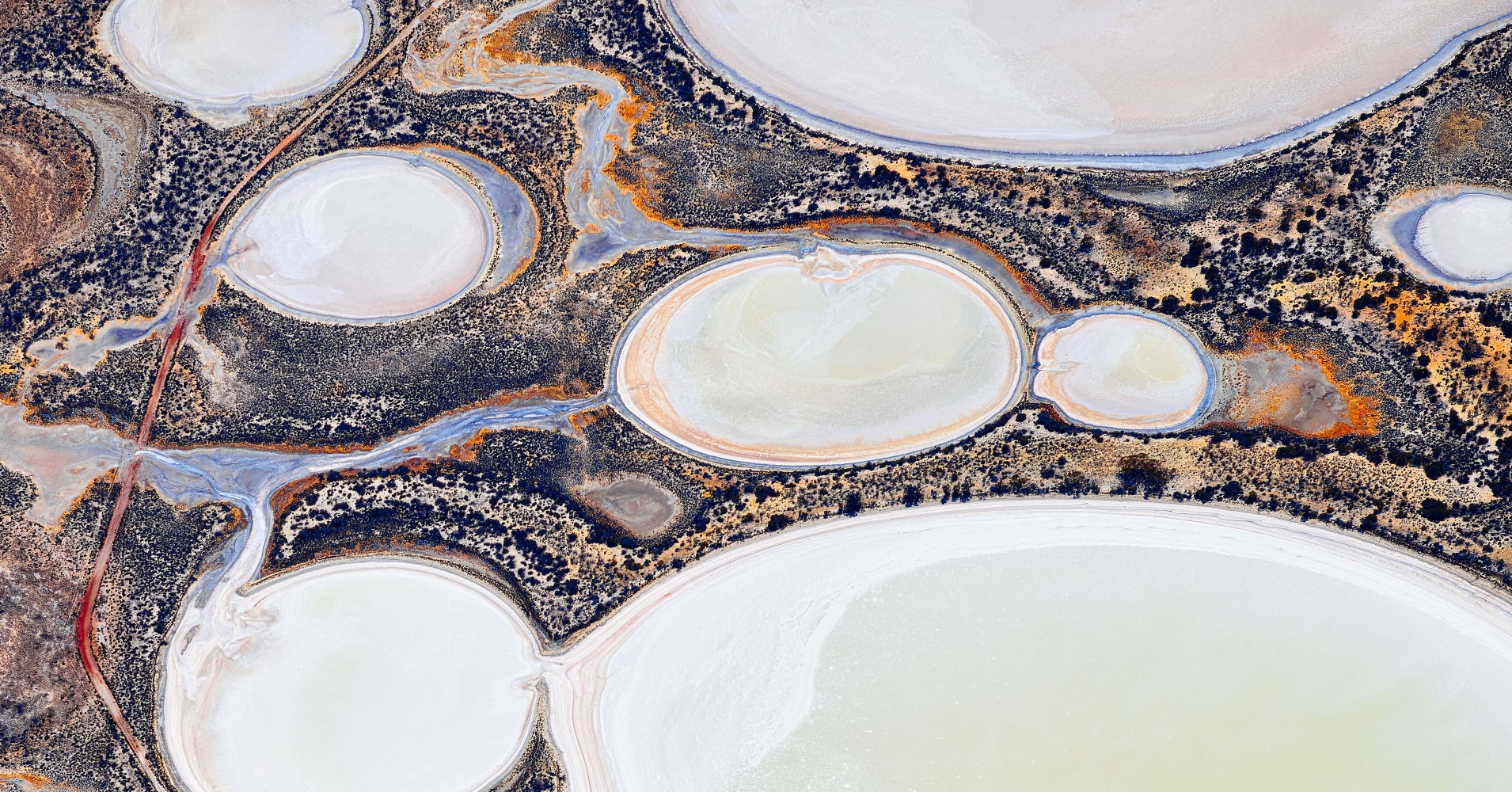 The Beauty and Danger of Australia's Salt Lakes

Your tongue is a salt detector – it dissolves the solid salt crystals sprinkled on your chips to create an intense flavour sensation.

But salt is way more important than just being a food additive.

Salt water is literally the most common substance on the surface of Earth, and it’s really important – for life and for the planet.

Here are five things that will surprise you about plain old salt water.

Salt water is made when a solid salt, such as table salt (sodium chloride), is added to water and breaks apart into individual freely moving particles called ions. There are many kinds of salt water, depending on which ions are present.

These ions act just like a balloon that’s been rubbed against your hair. They carry an electrical charge, and allow salt water to conduct electricity.

Your body uses salt water to send the electrical signals that cause your heart to beat and your brain to think. To do this, the body has special molecules called ion pumps that move these ions around. Many diseases are caused when these ion pumps malfunction.

It also matters which ions carry these signals. For example, replacing sodium with its closest elemental relatives on the periodic table gives either a treatment for bipolar disease in the case of lithium, or a lethal injection ingredient in the case of potassium.

2. Salt water acts as a conveyor belt to carry heat around the planet

As made famous by the movie The Day After Tomorrow, Europe and North America are kept warm by the Gulf Stream, a massive current of warm water flowing north from the tropics.

This current is driven by changes in the saltiness of ocean water. As the polar ice caps freeze in winter, the surrounding ocean water becomes saltier. Saltier water is heavier and so it sinks to the sea floor, stirring the ocean and driving these currents.

As climate change melts the ice caps, these currents may be disrupted. This will upset the flow of heat and nutrients around the world in complex ways.

3. Salt water can be used to suck carbon dioxide out of the air

To prevent the worst effects of climate change we need to extract carbon dioxide (CO₂) from the air and store it on a huge scale. The ocean currently already does this, removing more than a quarter of all the CO₂ that humans put into the air.

CO₂ reacts with water to form ions that increase the ocean’s acidity – which is a major problem for animals that live in it.

But we could use this effect for our benefit. Deliberately exposing large volumes of air to water containing potassium ions (similar to salt water) can effectively capture CO₂ very cost-effectively. This could be done wherever power is cheap and there is somewhere to store the CO₂.

Wind farms and solar panels are very effective at capturing energy – but to address climate change we need new and cheaper ways to store energy.

Lithium ion batteries, the most commonly used technology, use lithium ions dissolved in a liquid to carry electricity back and forth between the positive and negative terminals of a battery. The liquid currently used is expensive, slows the charging of the battery, and can catch fire.

Replacing this liquid with salt water is a key goal of battery research – with expected benefits in cost and safety. These types of batteries are also easier to manufacture, important for meeting increasing battery demand.

5. But we still can’t predict even the simplest properties of salt water

Over the past century the importance of understanding salt water has been recognised – some of science’s greatest Nobel prizewinning minds have worked on this problem.

Unfortunately, our ability to predict the properties of salt water still has a long way to go. For example, extremely salty water can make a supersaturated solution which can be used to make hand warmers.

If this type of solution is left for long enough it will spontaneously form a solid salt, but our theoretical predictions for how long this will take are literally more than a quadrillion times too fast. The magnitude of this miscalculation tells us we’re missing something vital!

The study of simple salt water is a hard sell compared with more exciting science about black holes or curing cancer. But this doesn’t mean that it is any less important.

In fact, understanding salt water is vital for understanding our own bodies and our own planet. It may even be the key to saving them.