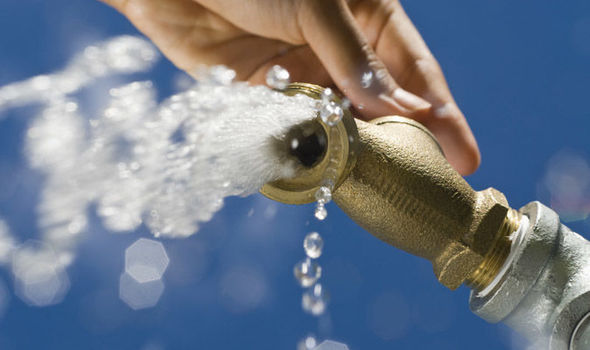 Water usage in US at LOWEST level since 1970 as America battles climate change (Image: GETTY)

A study carried out by the US Geological Survey (USGS) found that there was 322 billion gallons of water per day (Bgal/d) withdrawn for use in the USA during 2015.

This is a nine percent decrease of water use in 2010 when 354 Bgal/d were withdrawn.

It is also the lowest since 1970 when residents of the US withdrew 370 Bgal/d.

Tim Petty, assistant secretary for Water and Science at the Department of the Interior, said: "The downward trend in water use shows a continued effort towards efficient use of critical water resources, which is encouraging.

"Water is the one resource we cannot live without, and when it is used wisely, it helps to ensure there will be enough to sustain human needs, as well as ecological and environmental needs."

Experts may be surprised to see that California is so high up the list – accounting for nine percent of the entire country’s water withdrawals – given the southwestern State was suffering from a lengthy drought from 2011 to 2016.

Texas accounted for seven percent of all water consumption, according to the USGS.

The report states that withdrawals of water were down despite the fact that the total population if the US increased by four percent during the 2010 to 2015 period.

USGS director Jim Reilly said: "The USGS is committed to providing comprehensive reports of water use in the country to ensure that resource managers and decision makers have the information they need to manage it well.

"These data are vital for understanding water budgets in the different climatic settings across the country."