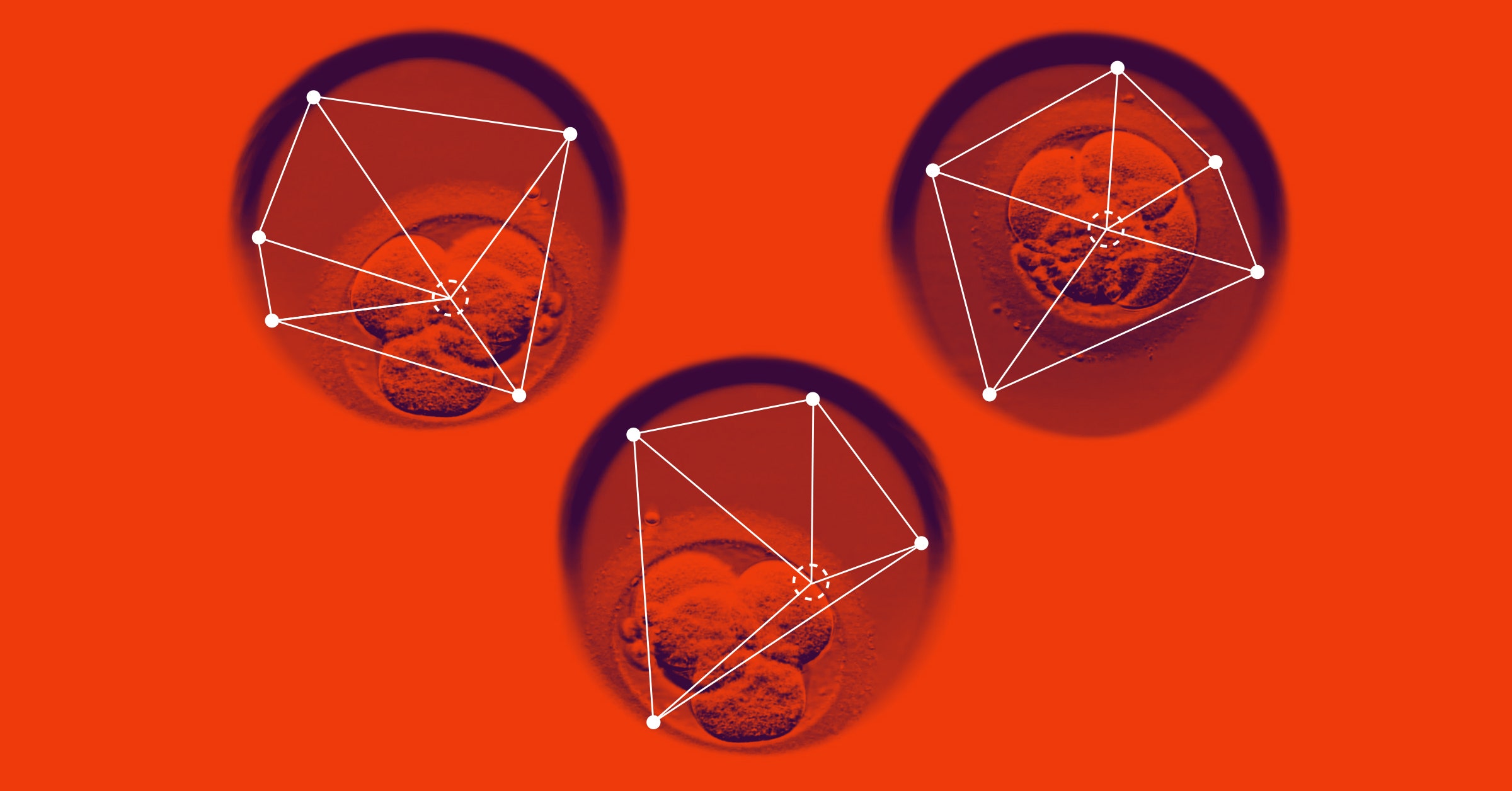 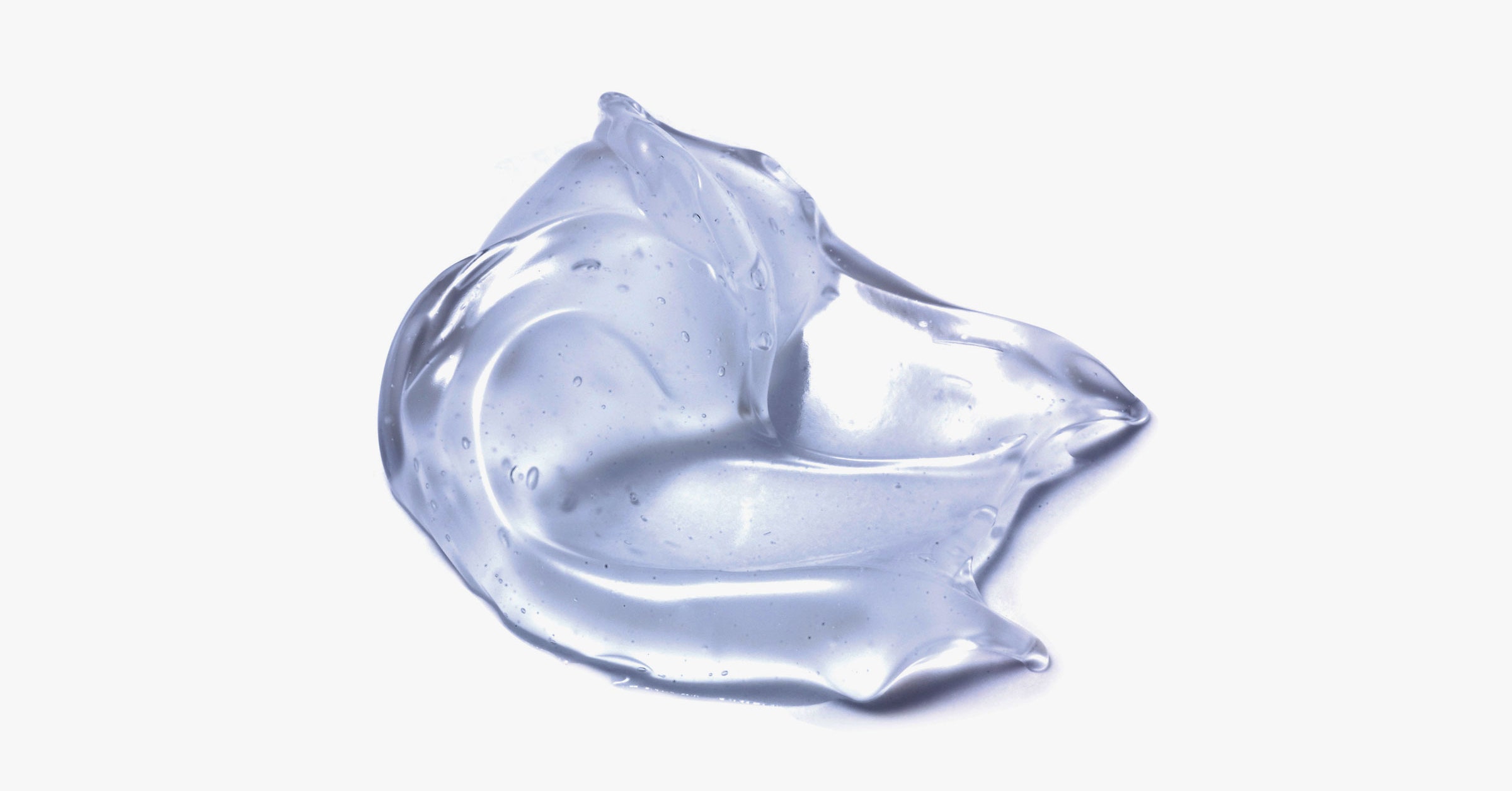 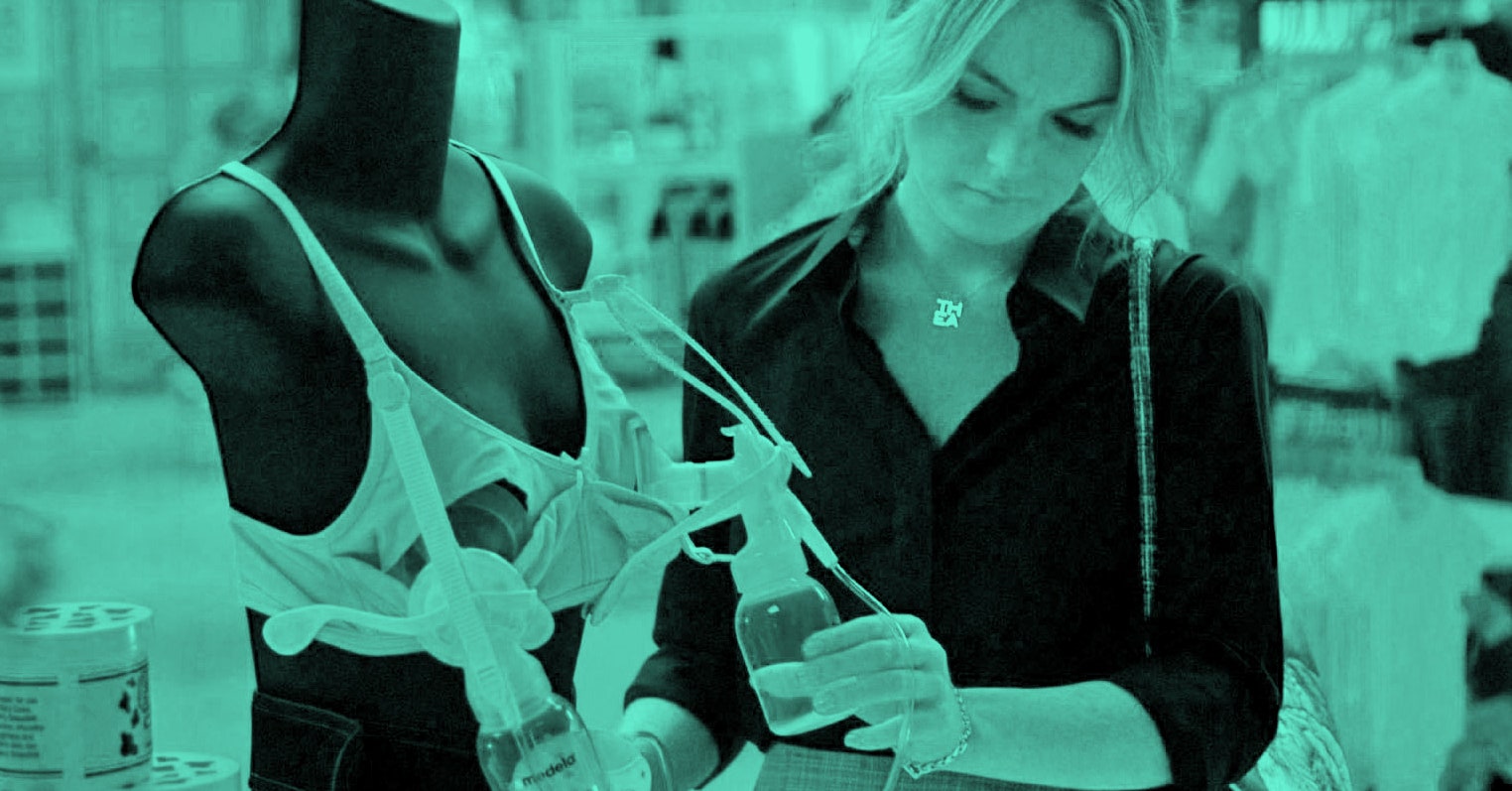 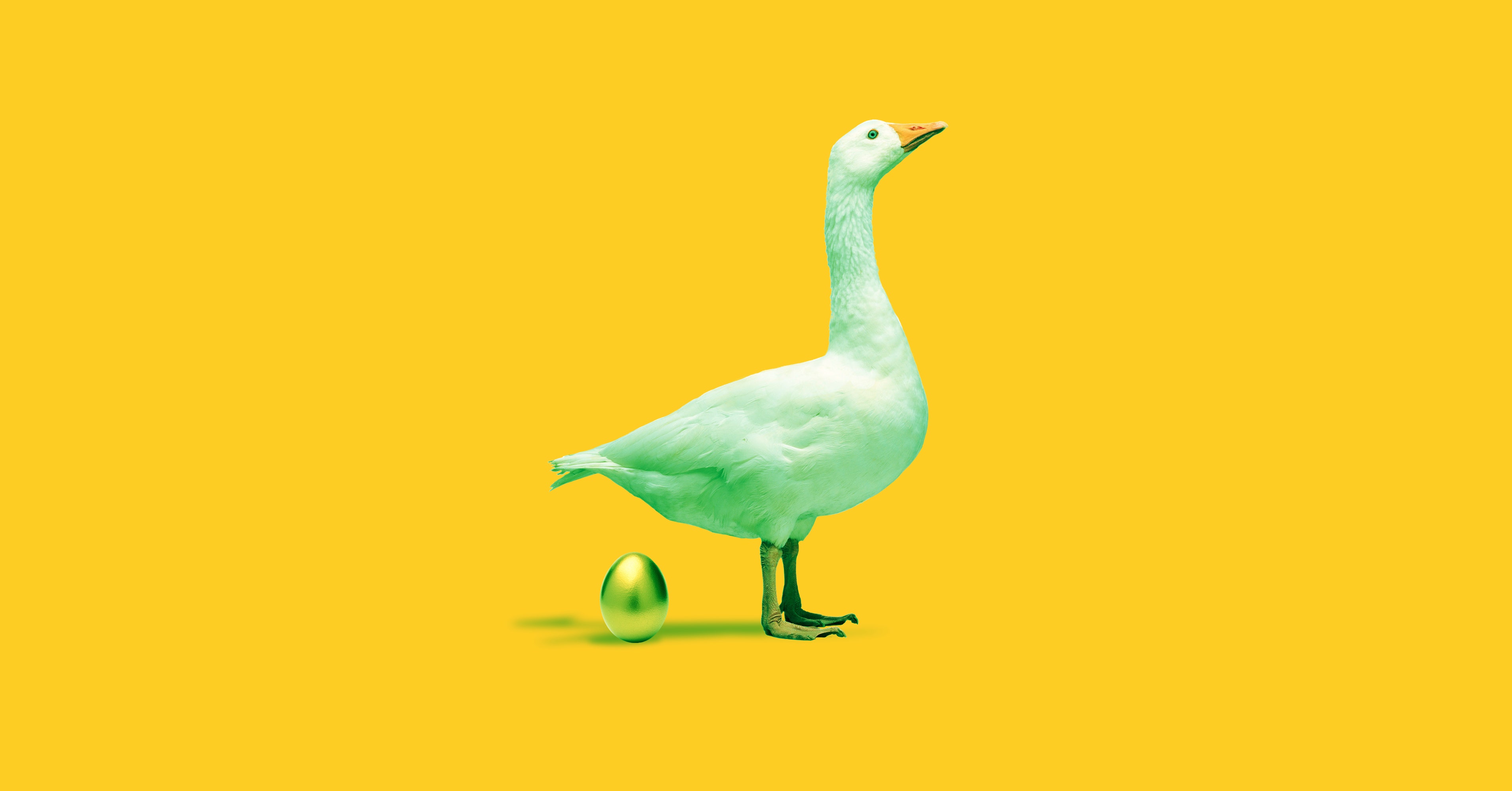 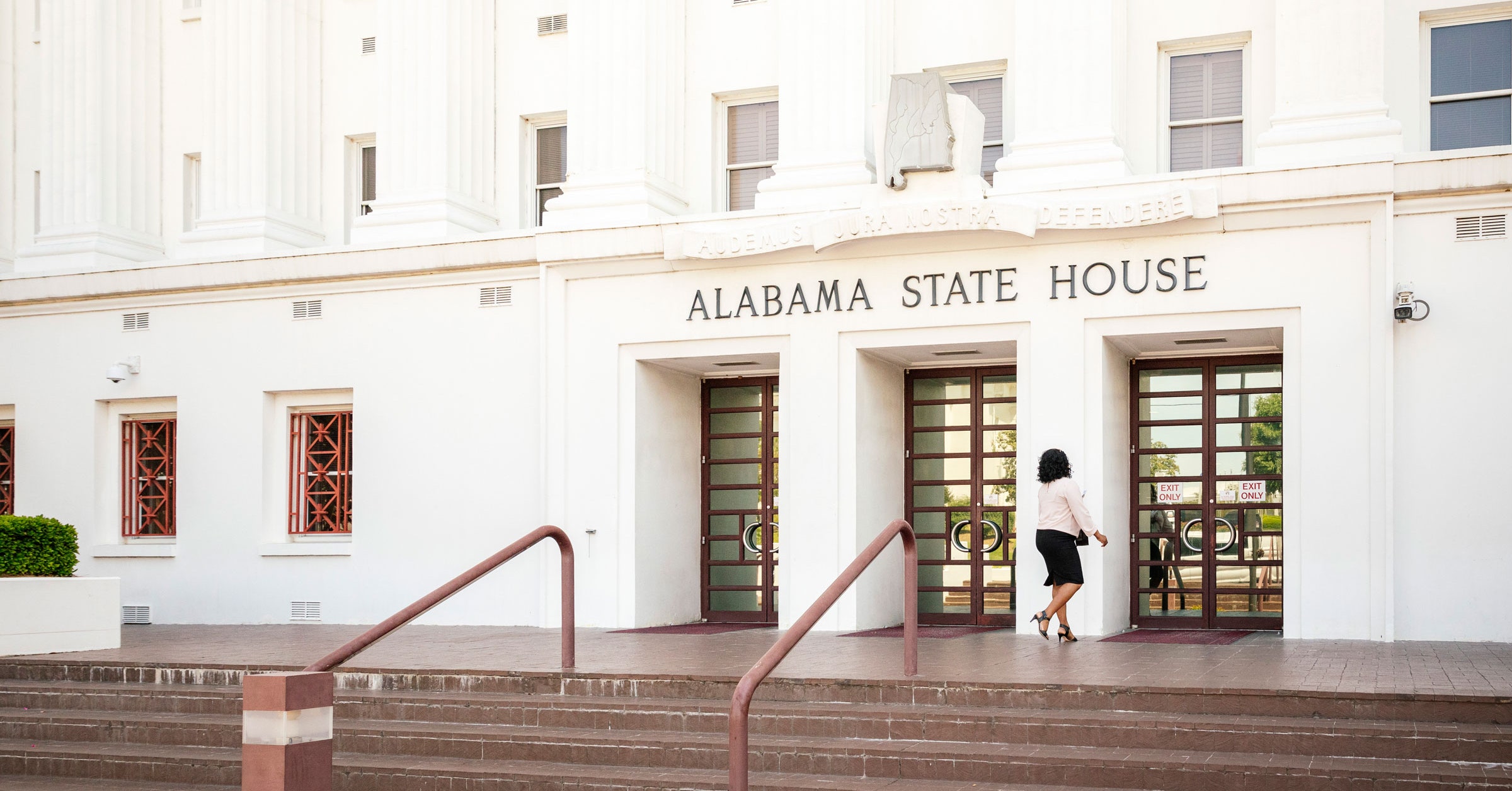 'Heartbeat' Bills Get the Science of Fetal Heartbeats All Wrong 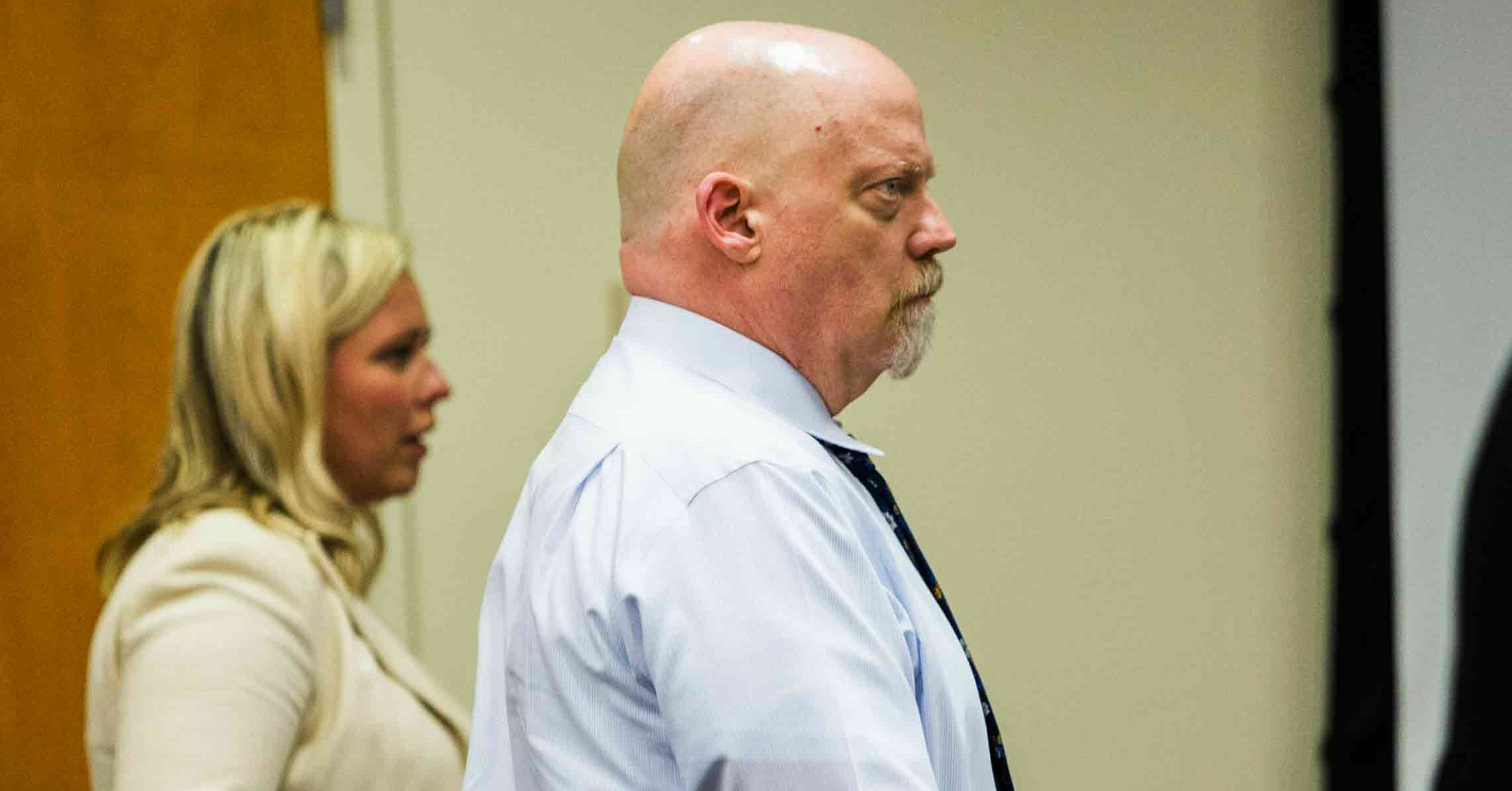 It sounds like the setup to a bad joke: Three couples walk into a fertility clinic. But the punch line—what happened to those families at one Los Angeles medical facility in August 2018—is no laughing matter. The embryos from two couples hoping to conceive were mistakenly implanted into a third patient. That third woman and her husband, both of Korean descent, suspected that something was amiss when their two newborns didn’t look anything like them.DNA testing confirmed that Baby A and Baby B (as court documents called them) weren’t genetically related to either of the birth parents, or to each other—they were related to two other couples who had been seeking fertility treatments at the same clinic. The birth parents were forced to give up their “twins” to their respective genetic parents.

Dov Fox is a professor of law and the Herzog Endowed Scholar at the University of San Diego, where he directs the Center for Health Law Policy & Bioethics. His latest book is Birth Rights and Wrongs: How Medicine and Technology are Remaking Reproduction and the Law (Oxford University Press).The other two couples, while granted the surprise of children they thought they’d never have, missed out on the experience of pregnancy and early bonding. One of the women explained her sense of loss: "I wasn’t there for his birth, I did not carry him, I did not feel him kick inside of me, I didn’t do the skin to skin, I didn't breastfeed him.” The mix-up at CHA Fertility Clinic leaves all three couples bereft. They’re left to wonder what happened to their other embryos, and to worry whether their biological children might be born to someone else without them ever knowing.

In simpler reproductive times, fertility plus sex equaled off­spring. There was little question that any woman who gave birth was the child’s mother. Today, more than 62,000 babies born in the US every year—nearly 2 percent—are conceived using technologies like in vitro fertilization (IVF). These technologies carry with them the power to separate sex from conception, biology from brute luck, and genetics from either gestation or child-rearing.

Caricatured as creating “test-tube,” “three-parent,” or “designer” babies, these advances have profoundly affected American life. They've transformed our families, our workplaces, and our health care system. But they’ve never been well regulated.

Accidents happen: Freezers fail. Samples are mislabeled. Embryos get switched. These may be first-world problems. But they’re not innocent, or harmless.

We have no idea precisely how often such mishaps happen. A 2008 survey of US fertility clinics found that more than one in five misdiagnosed, mislabeled, or mishandled reproductive materials. States require hospitals to report any surgery mistakenly performed on the wrong body part or patient, but no one tracks these errors in family planning services. Most embryo swaps probably go unnoticed. No one tests for genetic connection between newborns and birth parents unless a racial mismatch gives them reason to. All we know for sure is these mix-ups have happened before—and there still aren’t any rules or constraints to keep them from occurring again.

Since 1995, New York and California courts alone have reported a handful of similar cases. One involved two couples by the name of Rogers and Fasano who sought fer­tility treatment at the same clinic. They’d occasionally bump into each other there. The husbands, Robert Rogers and Richard Fasano, would exchange small talk while their wives, Deborah Rogers and Donna Fasano, were being treated for ovarian stimulation and egg retrieval.Both women were scheduled for implantation on the same morning, but only Mrs. Fasano got pregnant. She ended up giving birth to two baby boys. One looked like the Fasanos, who are white; the other like the Rogers, who are black. The clinic had implanted one of the Rogers' embryos in Mrs. Fasano, and another of their embryos in an unknown patient who was never identified. The Rogers were ultimately awarded custody of their biological child; the Fasanos lost the son Donna had carried and gave birth to.

Mistakes like this surface only when patients discover them and come forward. But trials can be a spectacle. They force plaintiffs to expose personal matters in the public glare of the courtroom for an uncertain chance of compensation. It’s not hard to see why victims faced with that choice might decline to sue. Traditional, often gendered scripts for “normal” family life and “natural” sex roles keep many reproductive errors in the shadows, especially when such errors threaten to discredit a husband’s paternity or disrupt conventional expectations about motherhood.

No government agency or authority seriously polices reproductive negligence. This virtual absence of effective oversight means that any American who can afford IVF (or surrogacy or donor services) is free to use them. (This stands in contrast to France and parts of Australia, where gay and unmarried people are forbidden from accessing the technologies they would need to reproduce.) But the regulatory vacuum leaves no one in charge of which fertility procedures are used or how they’re carried out.It’s not the Wild West exactly: Professional barriers to entry make assisted reproduction less of a cowboy venture than a fragmented cartel of mostly mom-and-pop shops. And professional organizations like the College of American Pathologists visit most fertility clinics every couple of years to check their labs for optional accreditation. Industry groups like the American Society for Reproductive Medicine set forth best practices, but those recommendations are completely voluntary and routinely ignored. These private bodies lack the authority to audit clinics or sanction members that violate its guidelines.

Patients are left to plan a family at their own risk. When bad behavior is to blame for mishaps, and the victims take those responsible to court, the plaintiffs almost never succeed—even when they can prove that pipettes weren’t cleaned between uses, cross-contaminating genetic material, or that pencil-and-paper labeling was used in lieu of more reliable barcoding or number-tagging.

One reason that victims lose such lawsuits is that repro­ductive professionals insist on clauses that shield them from liability. Some lawsuits fail because victims can’t point to the kind of tangible loss that the law traditionally recog­nizes, such as physical harm to their body or bank account. Other claims are doomed by a customary belief that prospective parents shouldn’t complain about whatever kids they get or don’t. The result is a legal system that resigns fertility patients to the cosmic fate of reproductive negligence as if it couldn’t, or shouldn't, be avoided.

In one case, Nancy and Thomas Andrews were struggling to have a child. A 2007 court described him as Caucasian and her as Dominican, with “skin coloration and facial charac­teristics typical of that region.” The couple used IVF to combine his sperm with her eggs. The resulting embryo was implanted in Mrs. Andrews, and the pregnancy was a success. When their baby girl was born, however, the couple noticed that her skin was much darker than theirs, with “facial and hair characteristics more typical of African, or African-American descent.” Mrs. Andrews confronted the clinic about the abnormality, and the doctor assured them that their baby girl would “get lighter over time.” But they were skeptical, so they had her DNA tested: no match to Mr. Andrews. The court had little trouble concluding that the clinic had “negligently used someone else’s sperm to fertilize [her] eggs.”Yet it dismissed their complaint because it was “unable to hold that the birth of an unwanted but otherwise healthy and normal child constitutes an injury to the child’s parents.” The only harm the court was willing to entertain damages for was the anxiety associated with not knowing what had become of Mr. Andrews’ sperm.Our laws shouldn’t immunize the professionals at fault or leave the people who trusted them to suffer without remedy. Damages may be hard to calculate, but it's not impossible. A few years ago in Singapore, an unnamed couple was struck by how little their newborn daughter looked like her father. Their IVF clinic confessed that it had swapped the husband’s sperm with a stranger’s, but contended that the couple still got a child, a healthy one at that.The case reached the highest level of Singapore’s Supreme Court in 2017. The Court called it “one of the most difficult” in all its history, stuck between undercompensating the mother for the wrong done to her and denigrating the worth of the child. Ultimately, the Court held the fertility center liable for defeating the couple’s plans to have a biological child with whom they’d share physical traits. The justices awarded the couple 30 percent of childrearing expenses, or about $78,000 in US dollars.

Existing precedent in this country gives the families involved in the Los Angeles debacle little hope of remedy. But American courts should take a page from Singapore’s judiciary: Judges would do well to vindicate worthy repro­ductive interests and recognize the real and substantial harms that these mix-ups occasion. US lawmakers must treat fertility clinics like the potent, life-creating institu­tions they are. If not, we should not be surprised that as the use of reproductive technology becomes increasingly prevalent, incidents of negligence—and the ensuing legal fallout—will continue to make news.