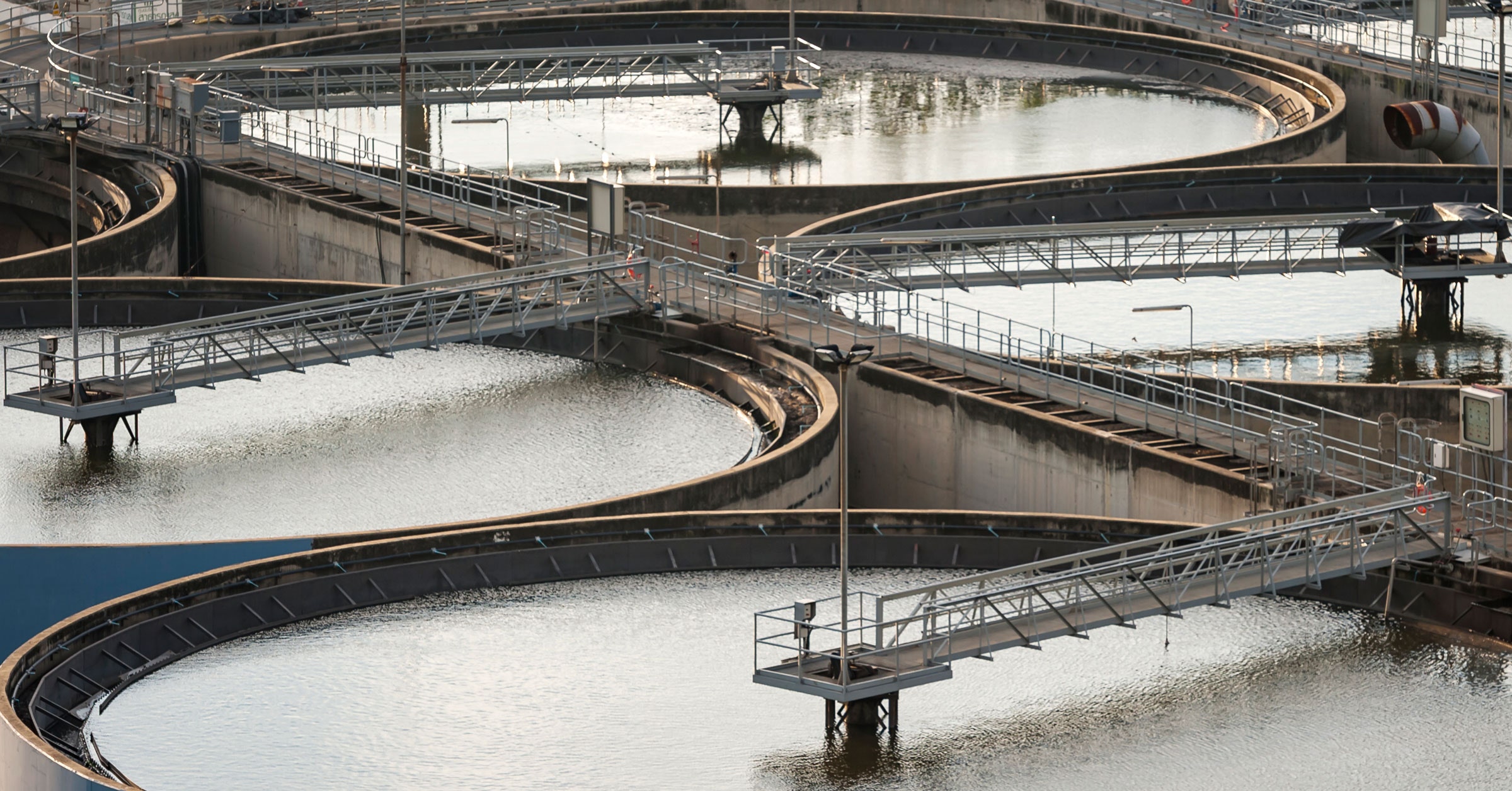 Why finance ministers may hold the keys to climate action

Earth’s climate is full of terrifying feedback loops: Decreased rainfall raises the risk of wildfires, which release yet more carbon dioxide. A warming Arctic could trigger the release of long-frozen methane, which would heat the planet even faster than carbon. A lesser-known climate feedback loop, though, is likely mere feet from where you’re sitting: the air conditioner. Use of the energy-intensive appliance causes emissions that contribute to higher global temperatures, which means we’re all using AC more, producing more emissions and more warming.

But what if we could weaponize air conditioning units to help pull carbon dioxide out of the atmosphere instead? According to a new paper in Nature, it’s feasible. Using technology currently in development, AC units in skyscrapers and even your home could get turned into machines that not only capture CO2, but transform the stuff into a fuel for powering vehicles that are difficult to electrify, like cargo ships. The concept, called crowd oil, is still theoretical and faces many challenges. But in these desperate times, crowd oil might have a place in the fight to curb climate change.

The problem with air conditioners isn’t just that they suck up lots of energy, but that they emit heat as well. “When you run an air conditioning system, you don't get anything for nothing,” says materials chemist Geoffrey Ozin of the University of Toronto, coauthor on the new paper. “If you cool something, you heat something, and that heat goes into the cities.” Their use exacerbates the heat island effect of cities—lots of concrete soaks up lots of heat, which a city releases well after the sun sets.

To retrofit an air conditioner to capture CO2 and turn it into fuel, you’d need a rather extensive overhaul of the components. Meaning, you wouldn’t just be able to ship a universal device for folks to bolt onto their units. First of all, you’d need to incorporate a filter that would absorb CO2 and water from the air. You’d also need to include an electrolyzer to strip the oxygen molecule from H2O to get H2, which you’d then combine with CO2 to get hydrocarbon fuels. “Everyone can have their own oil well, basically,” Ozin says.

The researchers’ analysis found that the Frankfurt Fair Tower in Germany (chosen by lead author Roland Dittmeyer of the Karlsruhe Institute of Technology, by the way, because of its landmark status in the city’s skyline), with a total volume of about 200,000 cubic meters, could capture 1.5 metric tons of CO2 per hour and produce up to 4,000 metric tons of fuel a year. By comparison, the first commercial “direct air capture” plant, built by Climeworks in Switzerland, captures 900 metric tons of CO2 per year, about ten times less, says Dittmeyer. An apartment building with five or six units could capture 0.5 kg of CO2 an hour with this proposed system.

Theoretically, anywhere you have an air conditioner, you have a way to make synthetic fuel. “The important point is that you can convert the CO2 into a liquid product on site, and there are pilot scale plants that can do that,” says Dittmeyer, who is working on one with colleagues that is able to produce 10 liters a day. They hope to multiply that output by a factor of 20 in the next two years.

For this process to be carbon neutral, though, all those souped-up air conditioners would need to be powered with renewables, because burning the synthetic fuel would also produce emissions. To address that problem, Dittmeyer proposes turning whole buildings into solar panels—placing them not just on rooftops, but potentially coating facades and windows with ultra-thin, largely transparent panels. “It's like a tree—the skyscraper or house you live in produces a chemical reaction,” says Dittmeyer. “It's like the glucose that a tree is producing.” That kind of building transformation won’t happen overnight, of course, a reminder that installing carbon scrubbers is only ever one piece of the solution.

Scaling up the technology to many buildings and cities poses yet more challenges. Among them, how to store and then collect all that accumulated fuel. The idea is for trucks to gather and transport the stuff to a facility, or in some cases when the output is greater, pipelines would be built. That means both retrofitting a whole lot of AC units (the cost of which isn’t yet clear, since the technology isn’t finalized yet), and building out an infrastructure to ferry that fuel around for use in industry.

“Carbon-neutral hydrocarbon fuels from electricity can help solve two of our biggest energy challenges: managing intermittent renewables and decarbonizing the hard-to-electrify parts of transportation and industry,” says David Keith, acting chief scientist of Carbon Engineering, which is developing much larger stand-alone devices for sucking CO2 out of the air and storing it, known as carbon capture and storage, or CCS. “While I may be biased by my work with Carbon Engineering, I am deeply skeptical about a distributed solution. Economies-of-scale can’t be wished away. There’s a reason we have huge wind turbines, a reason we don’t feed yard waste into all-in-one nano-scale pulp-and-paper mills.”

Any carbon capture technology also faces the sticky problem of the moral hazard. The concern is that negative emissions technologies, like what Carbon Engineering is working on, and neutral emissions approaches, like this new framework, distract from the most critical objective for fighting climate change: Reducing emissions, and fast. Some would argue that all money and time must go toward developing technologies that will allow any industry or vehicle to become carbon neutral or even carbon negative.

This new framework isn’t meant to be a cure-all for climate change. After all, in order for it to be truly carbon neutral, it’d need to run entirely on renewable energy. To that end, it would presumably encourage the development of those energy technologies. (The building-swaddling photovoltaics that Dittmeyer envisions are just becoming commercially available.) “I don't think it would be ethically wrong to pursue this,” says environmental social scientist Selma L’Orange Seigo of ETH Zurich, who wasn’t involved in this research but has studied public perception of CCS. “It would be ethically wrong to only pursue this.”

One potential charm of this AC carbon-capture scenario, though, is that it attempts to address a common problem faced by CCS systems, which is that someone has to pay for it. That is, a business that captures and locks away its CO2 has nothing to sell. AC units that turn CO2 into fuel, though, would theoretically come with a revenue stream. “There's definitely a market,” says Seigo. “That's one of the big issues with CCS.”

Meanwhile, people will continue running their energy-hungry air conditioners. For sensitive populations like the elderly, access to AC during heat waves is a life or death matter: Consider that the crippling heat wave that struck Europe in August 2003 killed 35,000 people, and these sorts of events are growing more frequent and intense as the planet warms as a whole. A desert nation like Saudi Arabia, by the way, devotes a stunning 70 percent of its energy to powering AC units; in the near future, a whole lot of other places on Earth are going to feel a lot more like Saudi Arabia.

So no, carbon-capturing AC units won’t save the world on their own. But they could act as a valuable intermittent renewable as researchers figure out how to get certain industries and vehicles to go green.

But Oldham says Carbon Engineering has gotten the price down to $100 per ton, in part by co-opting technologies in its facility from other industries like water treatment.The problem is it’s hard to make money while trying to pull carbon from the air and sequester it back underground where it belongs.