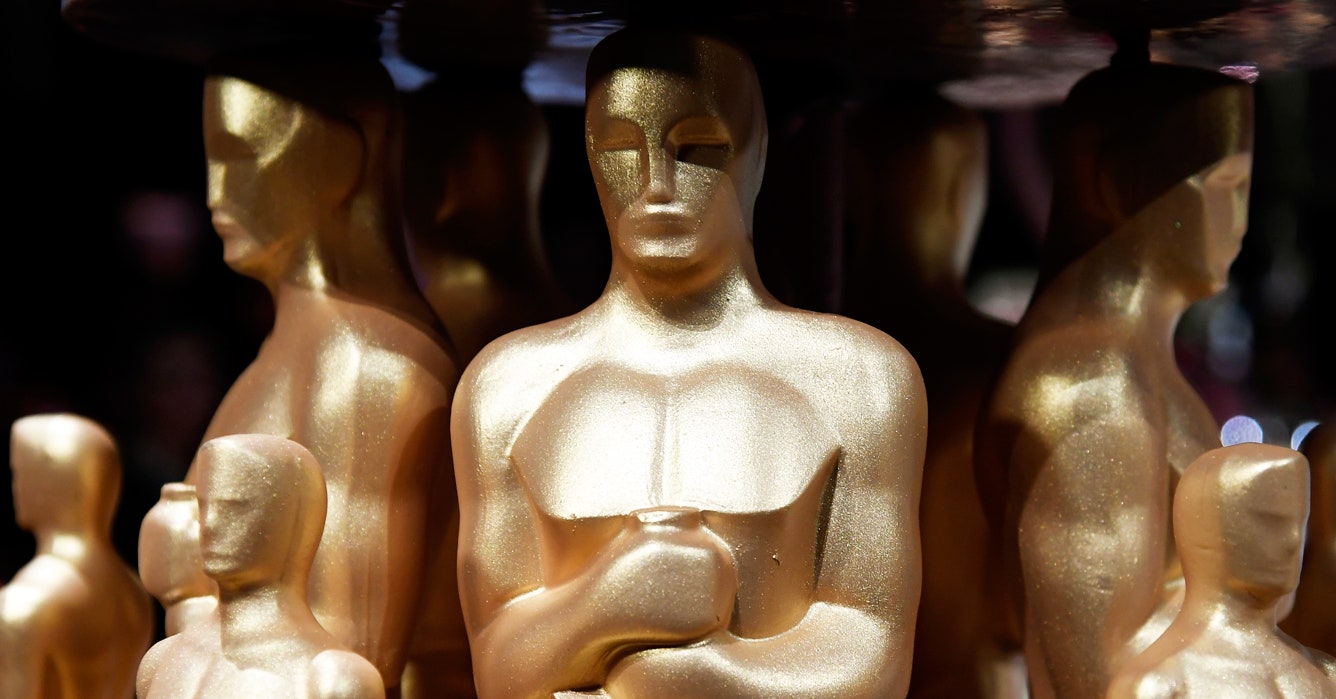 Let me say this right off the bat: Every film geek worth their salt writes an Oscars prediction story. This isn't that piece. Everything here is based on opinion, not on what will or should win. Each year play-along-at-home fans who fill out Oscar ballots often do one with their head and one with their heart—this is my heart talking. Nerds rule a lot of the universe now, but not necessarily the Academy of Motion Picture Arts and Sciences, so while more and more genre fare gets recognized with little gold men every year (hello, Shape of Water !), it still doesn't rule the night. This essay, then, is full of pie-in-the-sky wishes, not presumed outcomes. With me? OK, here we go.

First up, Best Picture. Has there been a year in recent memory when the field was more varied but had no clear frontrunner? Right now the nominees are: Black Panther , BlacKkKlansman , Bohemian Rhapsody , The Favourite , Green Book , Roma , A Star Is Born , and Vice. The film that should, and probably will, win is Roma . Director Alfonso Cuarón black-and-white 1970s period film is a beautiful love letter to the women who raised him in Mexico. The movie is a treasure, and of the crop here, is the closest thing to a shoo-in Academy voters saw this year. But the craziest, and best, upset of all time would be giving the award to Black Panther . It may not be a pinnacle of art, but as my colleague Jason Parham noted, Ryan Coogler's movie is the pinnacle of what a superhero movie can be. If the Academy recognized that, it would be game-changing.

There's just one problem with Black Panther winning, though: The statue wouldn't go to Coogler. Best Picture is a producing award, so it would go to Marvel's Kevin Feige (a great guy, don't get me wrong, but it's the work of others that made Panther great). Cuarón, however, is credited as a co-producer on Roma , so if his film wins, he gets the prize. And that's as it should be. There's been a lot of chatter about Roma being Netflix's big Oscar play—including on this website—but if it wins, the streaming service will likely get a thank you, but not a trophy engraved with Reed Hastings' name.

Which brings me to the Academy Award that shouldn't get Cuarón 's name: Best Director. It only seems right that the person who made the best movie of the year should win in this category, but in this particular instance though, the award belongs to Spike Lee. For one, Cuarón already won Best Director in 2014 for Gravity . For another, Lee has been an industry stalwart for decades and never been nominated for Directing. He's got strong competition from Yorgos Lanthimos for The Favourite and Pawel Pawlikowski for Cold War , but BlacKkKlansman was a true achievement, and Lee's best film in years. Now is the time.

Another film that's time has come: Minding the Gap . Bing Liu's skateboarding-movie-that's-not-about-skateboarding on Hulu is a rich testament to what it really means to grow up and the things from childhood that haunt us well into adulthood and proved to be one of the best things on Hulu in 2018. Jimmy Chin's Free Solo and Betsy West and Julie Cohen's Ruth Bader Ginsburg doc RBG have more wind at their back, but if the Academy wanted to honor someone truly documenting their life and turning into a universal story, they'd give the statue to Liu.

I would surrender my favorite Star Wars Funko Pop figurine to see just one more upset: Kendrick Lamar and SZA winning Best Original Song for "All the Stars" from Black Panther. "Shallow" from A Star Is Born is likely the sure-fire winner, especially considering it's in a music movie, and co-written by the film's star Lady Gaga. (Also, if you didn't cry during that song in the theater, you have no soul.) But Lamar and SZA's theme song was catchy, popular, and poignant. It was everything Black Panther was, and you could listen to it in between multiple screenings of the film. Win-win.

Out of all of the nominees, there is one movie I'd like to see take home the gold that has a real shot: Spider-Man: Into the Spider-Verse . It's up against some heavy-hitters in the Animated Feature category— Incredibles 2 , Isle of Dogs, Ralph Breaks the Internet —but it was such an audience and critics fave chances are this is one the Academy will get right.

Will any of these things happen? Maybe. Will all of them? Definitely not. But at a time when even big Oscar upsets are predictable, a few of these wins would say a lot about how the appreciation of movies is changing and evolving. For too long the definition of a film has been constricted to a certain kind of critical-cultural metric that leaves far too many movies—genre flicks, stories about people of color, unconventional tales produced by studios without huge Oscar campaign budgets—left in the dust. Nerdy movies like Avengers; Infinity War , Solo: A Star Wars Story , and Black Panther have often fared well in the technical awards, but a few Lord of the Rings: The Return of the King -type wins aside, those movies have rarely broken through to the upper echelon. That could all change this year—and change Hollywood forever.